Jack Karasinski's game-winner was the talk of the HS basketball community in West Michigan. But the Catholic Central junior's act might just be getting started. 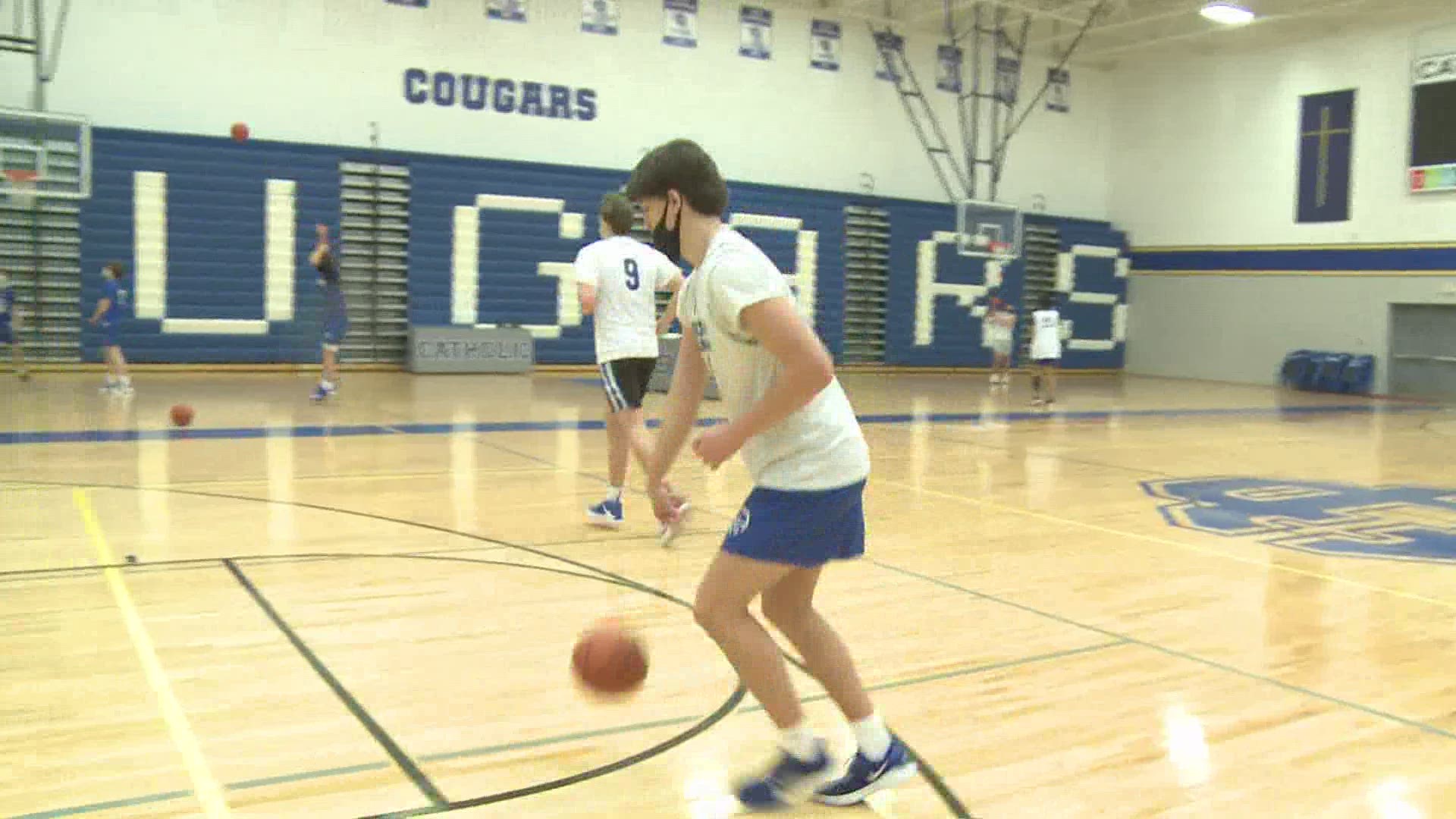 "I had over 100 text messages after that game within minutes," he says with a laugh.

Funny how that works. Even with limited fans in attendance, somehow everyone had already seen the play.

"The shot went viral and it spread all over," Meerman explained.

It was a big time play from a player who could be on the verge of making it to the big time. In case you haven't seen it, think Duke basketball 1992 vs. Kentucky and playing the part of Christian Laettner was a Jack Karasinski.

"How many times in practice did you make that shot?" I asked him.

"All the time," was the response.

Karasinski is a kid you can't help but like. Confident but not cocky. He knows he's talented but he also knows there's room for improvement.

"I am just trying to be the best person I can be," Karasinski says.

But at 6 foot 6, the 17-year-old junior is pretty good already. Admittingly, a lot of it is natural as he comes from an athletic family. His late grandfather played in the NFL and his sister is a redshirt junior on Central Michigan's basketball team.

"When I was little, she was whooping me," he remembers. "But once we got a little bit older, the score kind of changed a little bit."

And Jack's never looked back. As one of the most versatile players in West Michigan, it probably won't surprise you that he already has offers from a few mid-major D-1 teams including Western Michigan, Toledo, and Miami of Ohio.

But Jack is playing the long game.

"He's still young. It definitely comes down to what is best for him," says Meerman, who says Karasinski is one of the biggest players he's ever coached at Catholic Central.

It's a smart move considering he's also getting looks from a number of Big Ten teams as well as Notre Dame.

"I want to go as high as possible as I can," Karasinski explains. "I'm not opposed to Mid-Major or anything like that but I just want to play ball really, it's just something I really love to do."

Time is on his side and if last week's last-second game-winner showed us anything, it's that he knows how to make the most of it.