All teams this season are able to play up to six regular-season games before the start of the MHSAA Playoffs.

The new format is for 11 and 8-player football playoffs and will accommodate the shortened regular season that began late due to COVID-19-related restrictions earlier this fall.

All teams this season are able to play up to six regular-season games before the start of the MHSAA Playoffs -- down from the usual nine games because the first games this season weren’t played until the traditional Week 4. However, the playoff fields for both 11 and 8-player will be doubled this season, giving nearly every team in Michigan a guaranteed seventh game.

Changes to the football postseason are for the 2020 season only. Following are brief descriptions, found on the MHSAA website, of the adjusted MHSAA Football Playoffs in each format:

11-PLAYER
Field: 512 teams. There are currently 507 playing 11-player football this season, so five teams are scheduled to receive first-round byes at this time.

Schedule: 3 District Rounds, Regional Finals, Semifinals, Finals. The host sites for the Semifinals and Finals will be pre-arranged and announced at a later time. Finals will be played the weekend of Dec. 4-6.

Brackets: Teams have been placed in pre-arranged divisions based on enrollment. Teams in Districts will be seeded 1-8 based on playoff-point average, with the teams with highest averages hosting at the District and Regional levels. Because of a small number of teams opting to not play this fall, division lines were adjusted from what was released during the spring classification announcement, moving 20 teams to different divisions than previously published – those changes will be reflected next week on the playoff points page of the MHSAA Website, and District groupings are viewable here.

8-PLAYER
Field: 64 teams. There are currently 78 teams playing 8-player this season. Those teams that finish the season but do not qualify for the playoffs will be allowed to schedule one more game against other non-qualifiers.

Schedule: 3 Regional Rounds, Semifinals, Finals. Finals will be played the weekend of Nov. 27-28 at site(s) to be determined.

Brackets: Teams were placed in pre-arranged divisions based on enrollment during the classification process this spring. The top 32 teams in each division based on playoff-point average will qualify for the playoffs. Brackets will be drawn and announced Oct. 25. Teams with higher playoff-point averages will host Regional and Semifinal games. Additionally, there are six 8-player teams too large by enrollment to qualify for the playoffs; they will be allowed to schedule their own non-MHSAA playoff if they choose to do so after the regular season. 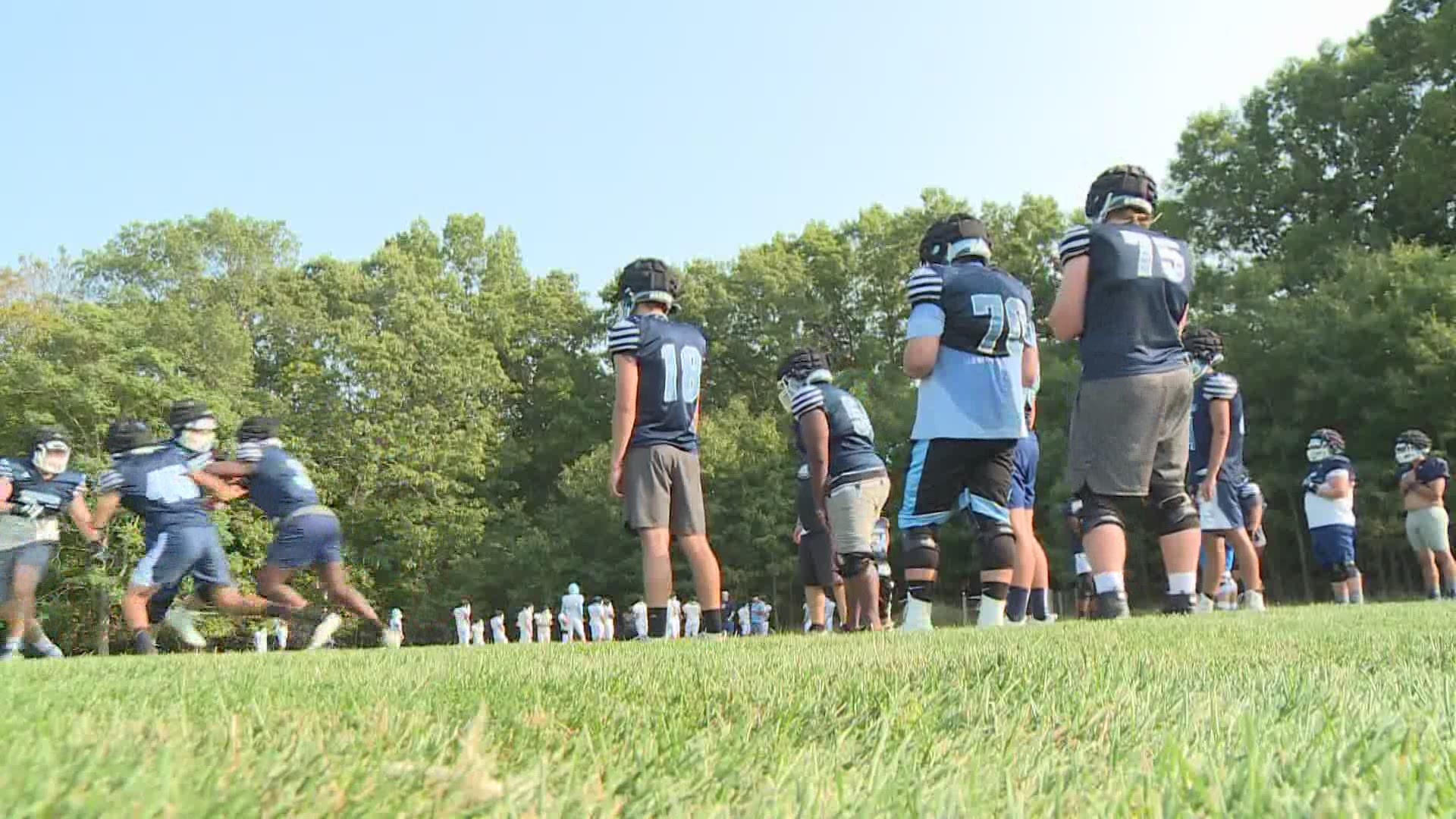