A new executive order released Wednesday made it clear that football, volleyball and soccer players have to mask up during competition. 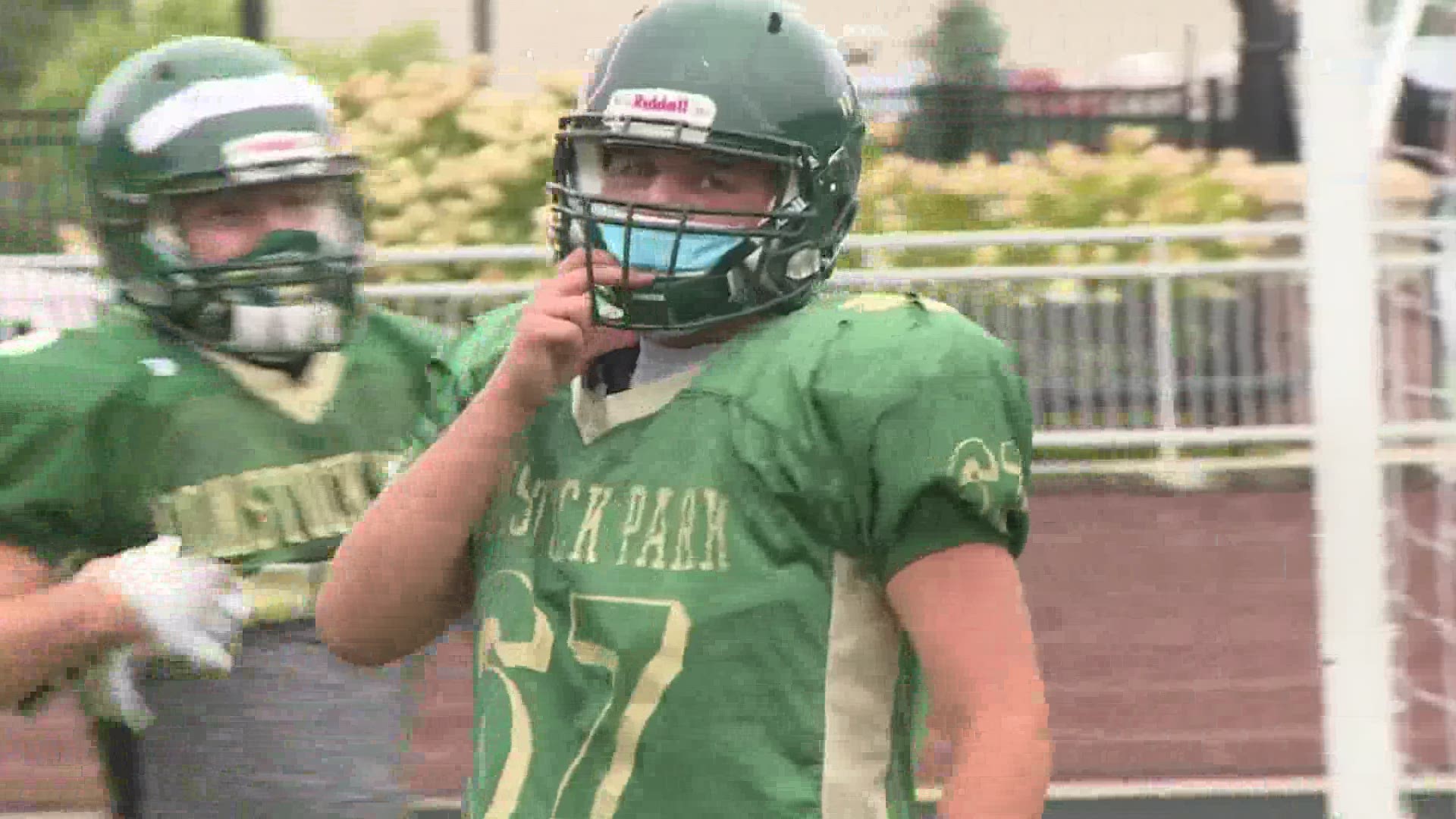 Even when it came from Michigan’s most definitive source, it still seemed like the issue of masks in high school sports was up for interpretation.

“If athletes can tolerate the masks, we hope they will wear them,” Gov. Gretchen Whitmer said Wednesday morning.

It was an interesting choice of words from the Governor during an interview with 13 ON YOUR SIDE’s James Starks. Afterwards, some thought she was saying that wearing a mask was now a personal choice.

However, later in a new executive order released Wednesday evening, she clarified that mask wearing is mandatory for all athletes participating in football, volleyball and soccer, as well as other close-contact sports.

As for non-contact sports, on Thursday 13 ON YOUR SIDE received confirmation from the Michigan High School Athletic Association (MHSAA) that cross country runners, tennis players, and golfers will not have to wear masks save for fleeting moments when athletes are within six feet of each other. This is a change in policy from what was said in last week's Executive Order 2020-176.

“It’s something that is, in essence, law,” MHSAA spokesperson Geoff Kimmerly said Thursday. “They’ve handed that to us and we’re passing it on.”

Which now means once again, as the middleman, the MHSAA is taking its fair share of criticism for standing by the Governor. Masking up has been a major point of contention in society since the pandemic began and now that the issue has moved into the world of high school sports, the topic has heated up all over again.

“It hasn’t surprised us that people have concerns,” Kimmerly continued. "We are hearing them loud and clear.”

That said, the MHSAA is still going to follow all the rules laid out by the governor. And while they understand there’s concern that wearing masks during exercise could be unsafe, they believe these fears are unfounded.

"I think the health and safety were certainly the considerations that were taken before the Governor’s office gave an Executive Order so we have to obviously believe that they believe this is safe," said Kimmerly.

During a press conference Thursday, the state's chief medical officer Dr. Joneigh Khaldun said state officials understand that wearing a mask makes it less comfortable to participate in a store, but it is not proven to be unsafe.

"Things like respiratory rate could potentially increase if you're wearing a mask while exercising, but we do not have any proof of that someone cannot exercise and if they can't, quite frankly, then maybe they won't be able to participate," Dr. Khaldun explained. "Unfortunately at this time, for contact sports, it is recommended given where we are with COVID-19 cases across the state. It is recommended to wear a mask and if someone is unable to, they may not be able to participate at this time."

The MHSAA says it’s up to schools to enforce that athletes wear masks during competition. However, they say they will not hesitate to get involved if they need to.

“If we must go from there, I suppose it will come up to our office and we will have to make decisions,” explained Kimmerly. 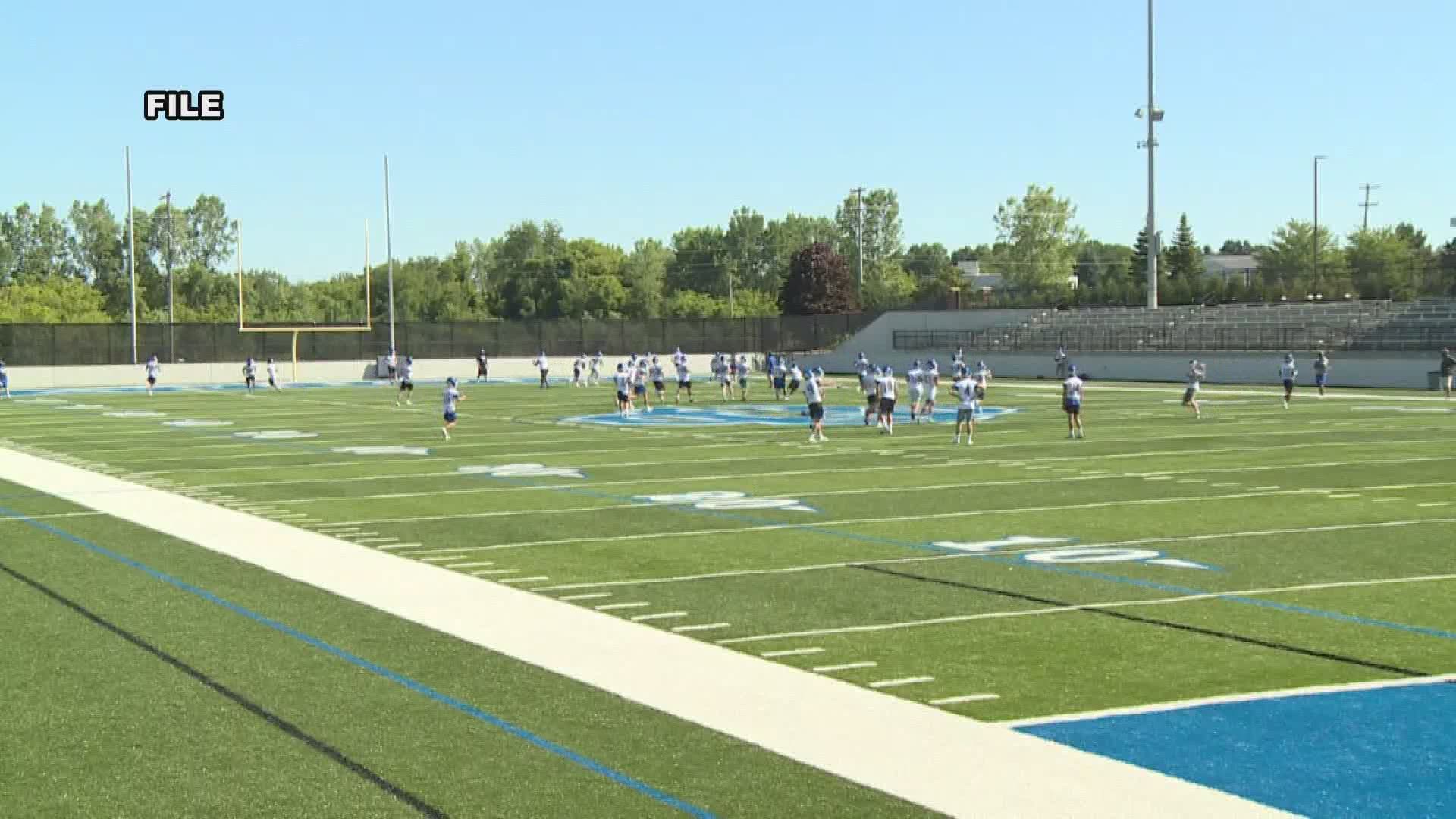