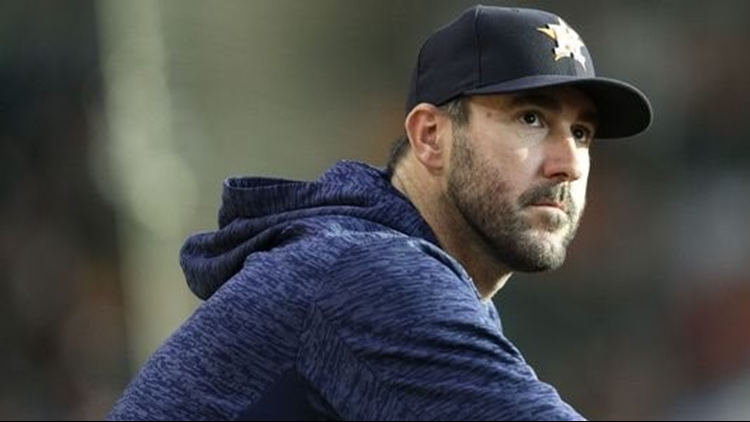 GRAND RAPIDS, Mich. - Houston Astros starting pitcher Justin Verlander was named the American League starting pitcher for the 2019 MLB All-Star Game, a spot generally given to the best pitcher in their respective leagues.

The Tigers have been, well, abysmal this season. They're 28-57, 26 games back of first place and have a terrible 12-32 home record. However, something ironic took place on Sunday, July 7.

Beaten by them all

Boston Red Sox starter threw five innings against the Tigers last Sunday, and while he didn't have his best stuff, he still got the win. The day before, Rick Porcello beat the Tigers even though he gave up six runs in the process.

The Tigers also lost to the Washington Nationals on Sunday, June 30, when Max Scherzer picked up the W for the Nats. Two days earlier, Anibal Sanchez got the win for the Nationals against the Tigers. And to top it all off, the aforementioned Verlander shoved seven two-hit innings down the Tigers throat.

All were former Tigers, yes, but those five pitchers made up the starting rotation for the 2014 Detroit Tigers. They have pitched a combined 64 seasons in the MLB, and 32 of the 64—exactly half—were with the Tigers. Before or after playing in Detroit, those five pitchers have combined for the following:

With the Tigers, their accomplishments are as follows:

While the accomplishments listed and even some that aren't there—like Verlander's no-hitters—created great memories for Tigers fans, many would trade them all for just one World Series championship.

Former Tigers in the All-Star Game

The 2019 MLB All-Star Game took place on Tuesday, July 9, and reliever Shane Greene was the lone Tigers representative. It's the third year in a row that the Tigers have had one person at the Midsummer Classic—Joe Jimenez was the there in 2018 and Justin Upton in 2017.

Verlander has two All-Star appearances in two full seasons (including this year) with the Astros. Scherzer has been an All-Star in every season with the Nationals spanning five seasons. Martinez has also played in the last two All-Star Games representing the Red Sox.

And then there's McCann.

If all of the accomplishments above weren't enough, now McCann, who had a career .240 batting average with the Tigers, is having the breakout season that many expected him to have with the Tigers.

Many fans have come to terms with the trade that sent Verlander to the Astros two years ago. Scherzer has been dominating hitters with the Nationals for enough time that his best years in Detroit are nearly forgotten. What hurts a bit more is that Martinez continues to tear it up in Boston while the Tigers have Dawel Lugo bouncing from triple-A to the Majors.

As for McCann, the Tigers non-tendered the backstop making him a free agent without even offering him a contract. After five mediocre seasons, the Tigers gave up on him.

Verlander starting the All-Star Game in an Astros uniform might be tough for Tigers fans, but having three other former Tigers in this year's All-Star Game hurts a whole lot worse.