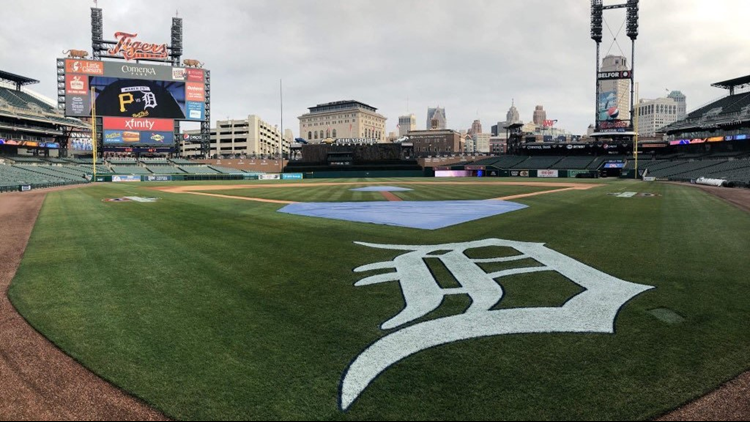 Former Tigers on the 2020 Baseball Hall of Fame ballot

GRAND RAPIDS, Mich. — When Jack Morris and Alan Trammell were inducted into the National Baseball Hall of Fame last year, they became the 12th and 13th players inducted as Tigers. They were also the first since Hal Newhouser in 1992.

On Monday, the Hall of Fame announced the ballot for the class of 2020, and there were some familiar names on the list for Tigers fans. These players had some great careers and all played for the Tigers at some point—whether it was for one year or many.

But, do any of them stand a chance at making it into the Hall of Fame next year? See which former Tigers are on the ballot and their chances of getting into the Baseball Hall of Fame.

►Lou Whitaker is on the Baseball Hall of Fame's Modern Baseball Era ballot, a separate ballot from the one discussed.

After being traded from the Oakland Athletics mid-season in 2002, Pena was the Tigers first baseman for four seasons as they continued their rebuild. His best season with the Tigers came in 2004 when he hit 27 home runs, had 82 RBIs and an .810 on-base plus slugging (OPS).

After departing from the Tigers in 2006, Pena played for seven other teams, most notably the Tampa Bay Rays. With the Rays, Pena finished in the top 10 for MVP voting twice, won a Silver Slugger, Gold Glove and had one All-Star appearance.

Pena's years with the Tigers were nothing special, and while he had three straight seasons of 30-plus homers and 100-plus RBIs, he likely won't get into the Hall of Fame this year. He might get some votes, but if he somehow were to appear on 75% of ballots, he would probably go in as a Ray.

Most Tigers fans would agree Penny's lone year as a Tiger was a forgettable one. He went 11-11 with a 5.30 ERA and just 74 strikeouts paired with 62 walks.

Penny's best years came with the Los Angeles Dodgers when he was named an All-Star in 2006 and 2007, and he finished third for the Cy Young award in '07. However, beyond those two years, Penny was a fairly average pitcher who never really stood out. He's not a Hall-of-Fame player, and especially not with the Tigers.

Sheffield's case for the Hall of Fame is much more interesting than the previous two. He played in the big leagues for 22 years—two of which were in Detroit— and was arguably one of the best hitters of his generation. Along with a career .292 batting average and .907 OPS, he is a member of the 500 home run club with 509, a nine-time All-Star, five-time Silver Slugger winner and he won a batting title in 1992 with a .330 batting average.

As for his time in Detroit, Sheffield was in his age 38 and 39 seasons and was hoping to stick in the big leagues. He had 25 home runs in 2007, but his numbers took a drastic decline in 2008. He was still a decent hitter, but nowhere near what he used to be.

Anyone who hits 500 home runs has a strong case to get into the Hall of Fame, but Sheffield's is diluted by his entanglement in the BALCO performance-enhancing drug scandal and his close relationship with Barry Bonds. He's one of many players whose Hall of Fame chances are lessened by the scandal, and as it stands right now, the Baseball Writers Association of America voters aren't going to let any of those players be enshrined.

Ah, Papa Grande. The former Tigers closer was one of the most energetic yet frustrating players for Tigers fans during his four years in Detroit. In those four years, Valverde had 119 saves—including 49 in 2011—and 199 strikeouts in 223.2 innings.

Before his tenure in Detroit, Valverde had five good seasons with the Arizona Diamondbacks and two with the Houston Astros. He left the Tigers, however, after giving up 12 runs in 19.1 innings in 2013. He tried to make a comeback with the New York Mets in 2014 but had a 5.66 ERA in 21 appearances.

In his best years, Valverde was one of the game's best closers. What made him frustrating for Tigers fans was his ability to be so good one day and so bad the next. He likely won't make it into the Hall of Fame at all, but if he were to get in, he could potentially choose to go in as a Tiger.

So, it's likely none of the Tigers will get into the Hall of Fame from the main ballot, but there's still hope for Lou Whitaker, who many consider the front runner on the Modern Era Committee ballot.