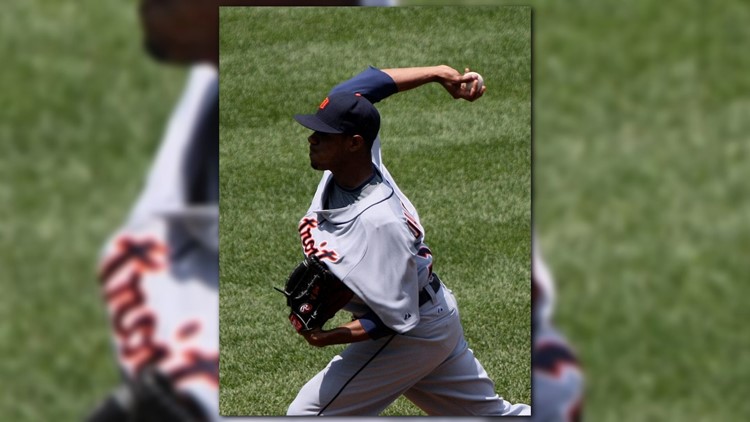 DETROIT, Mich. - The Detroit Tigers have signed starting pitcher Edwin Jackson to a minor league contract 10 years after he was an All-Star with the Tigers.

He was assigned to the Triple-A Toledo Mud Hens.

Jackson, now in his 17th season in the MLB, has played with 14 teams including the Tigers. He began his career with the Los Angeles Dodgers as a 19-year-old in 2003, and after three seasons with the Tampa Bay Rays, he was traded to the Tigers for outfielder Matthew Joyce.

In 2010, Jackson threw a 149-pitch no-hitter while he was with the Arizona Diamondbacks. He threw 70 pitches in the first three innings, but he retired 13 of the last 14 batters to complete the no-no.

This season with the Toronto Blue Jays, Jackson is 1-5 with an 11.12 ERA in 28.1 innings pitched. He was designated for assignment on July 16, but according to Ben Nicholson-Smith of Sportsnet, Blue Jays manager Charlie Montoyo said Jackson was "throwing harder, he was throwing strikes and his slider was sharp" in his last start.

After pitching with the Blue Jays this season, Jackson has pitched for a record 14 different Major League teams.

The Tigers currently only have four starters in their rotation -- Matthew Boyd, Daniel Norris, Jordan Zimmermann and Tyler Alexander -- since Spencer Turnbull was placed on the injured list. If Jackson is able to impress the organization with his stuff in Toledo, he could be slot into the fifth starter spot with the Tigers.

However, if some of the Tigers top pitching prospects like Casey Mize, Matt Manning, Alex Faedo or Tarik Skubal are called up to Toledo, having a veteran presence like Jackson will help their development as professional pitchers.