VanWagoner says the idea behind the event is to make sure the community knows that even though there's no Whitecaps season, the organization is still there for them. 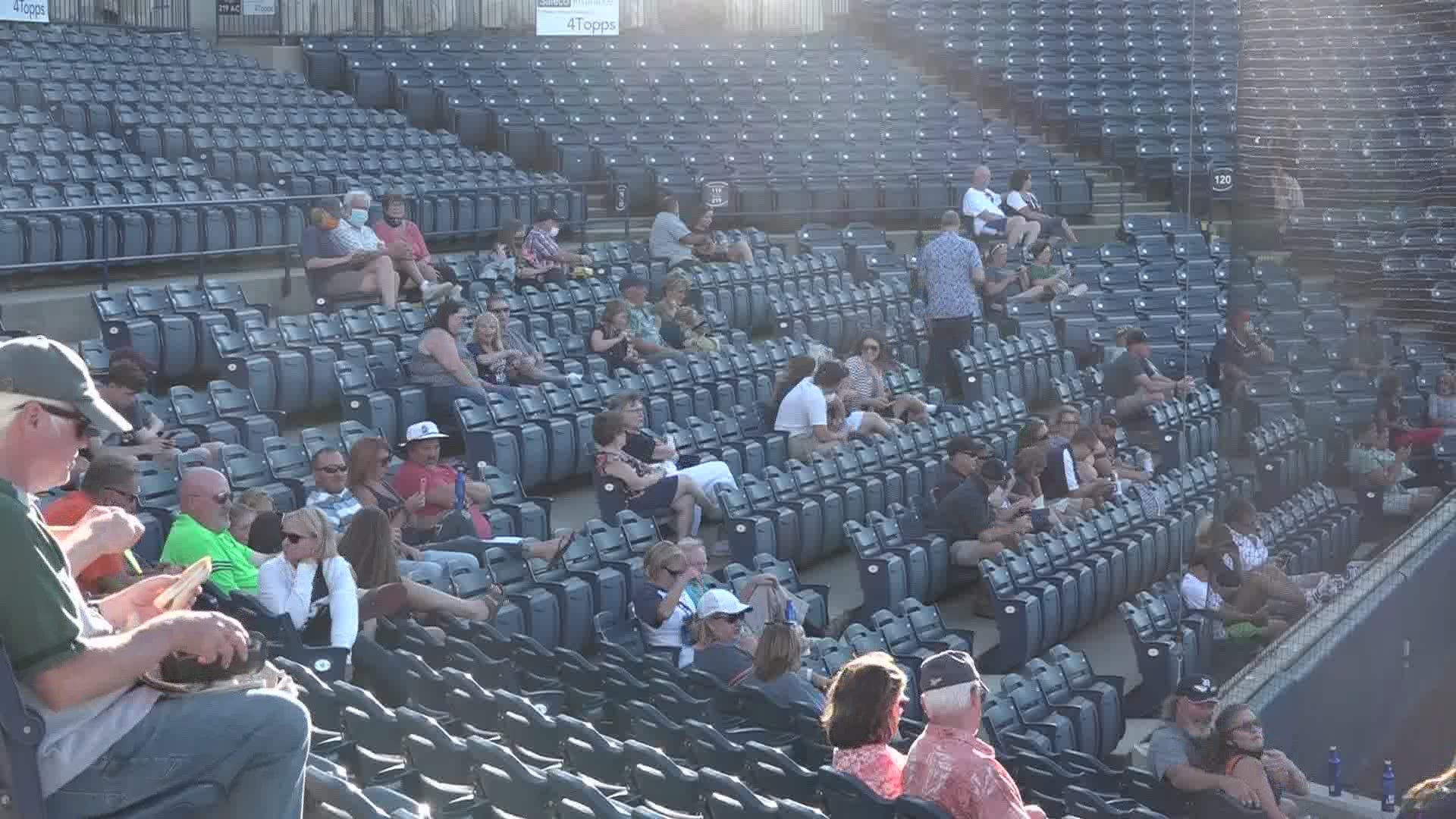 COMSTOCK PARK, Mich. — Penn Roberts is excited to be in a ball park once again.

"It feels great," says Roberts. "I've been a Tigers fan for years and my dad saw the opportunity to come and it was like lets get the tickets."

It was a beautiful night for baseball at Fifth Third Ballpark on Monday night, but not in the sense that we're used to.

Instead of hearing the crack of the bat in person, fans are checking out the Tigers home opener on the jumbotron.

"There's between 350 and 500 people here, which is far less than 8% of our capacity," says Whitecaps Director of Marketing and Media Relations Steve VanWagoner.

Fans will be inside Fifth Third tonight! The park is hosting a watch party for 500 people to see the Tigers home opener. Feels good to be at a ballpark again! @wzzm13 pic.twitter.com/stheo2TleX

The organization couldn't be happier to welcome fans back into the park. Tickets for the event were free, with the only cost being for concessions.

"Everybody is wearing a mask. We're going to social distance; we've got the seating blocked off so you can only sit in every other row," says VanWagoner.

Markers were placed on the ground at the gate and concession stand to help with social distancing, and staff members wiped down railings with disinfectant throughout the game. VanWagoner says the idea behind the event is to make sure the community knows that even though there's no Whitecaps season, the organization is still there for them.

"It's in our blood; we're entertainers," he says. "We miss our fans, we miss the community. We are about fun and community and experiences and when you can't deliver that, boy, its really tough." 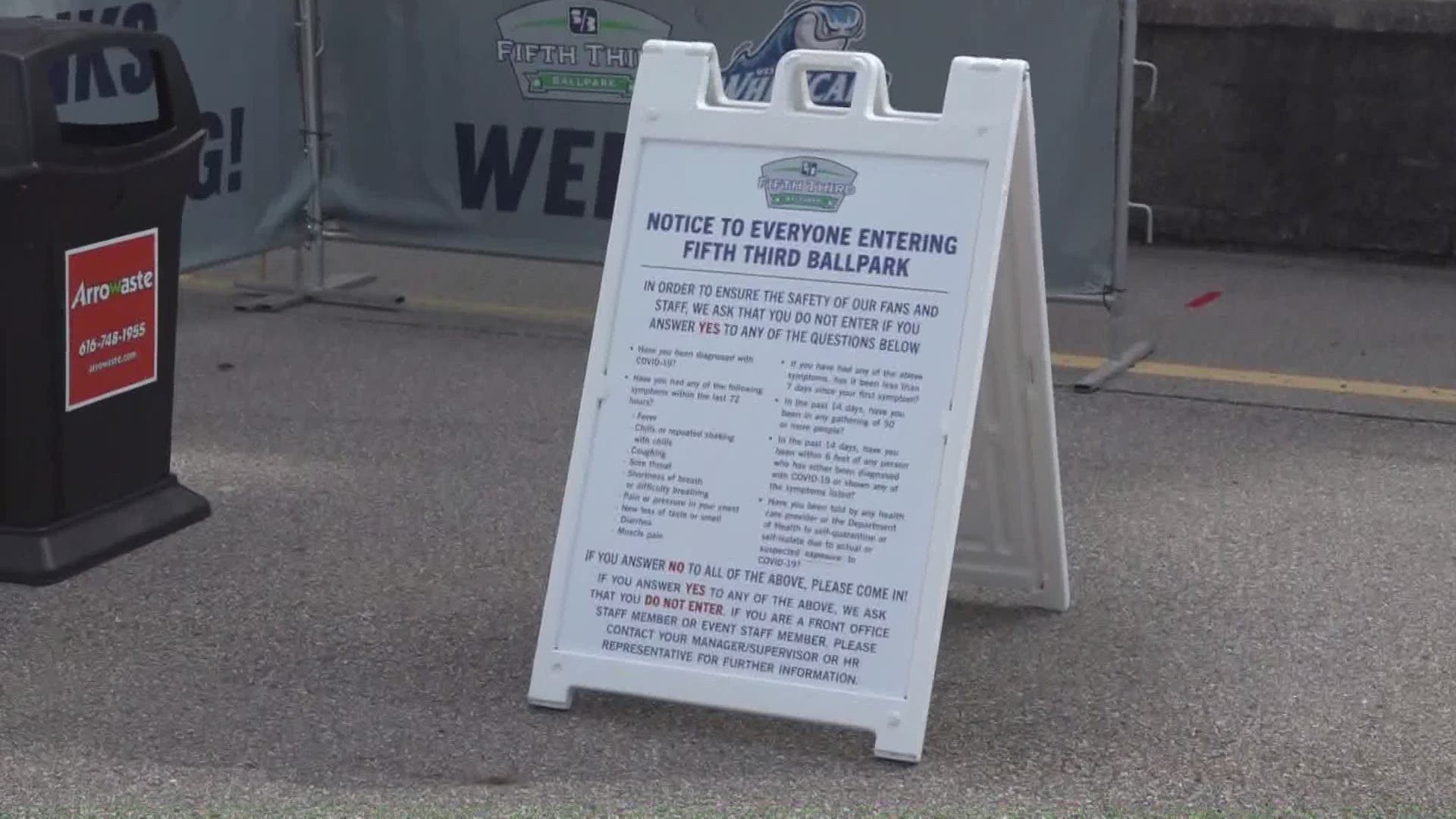