This three-game series between the Whitecaps and Bowling Green Hot Rods concludes on Friday night at 7:35 p.m. 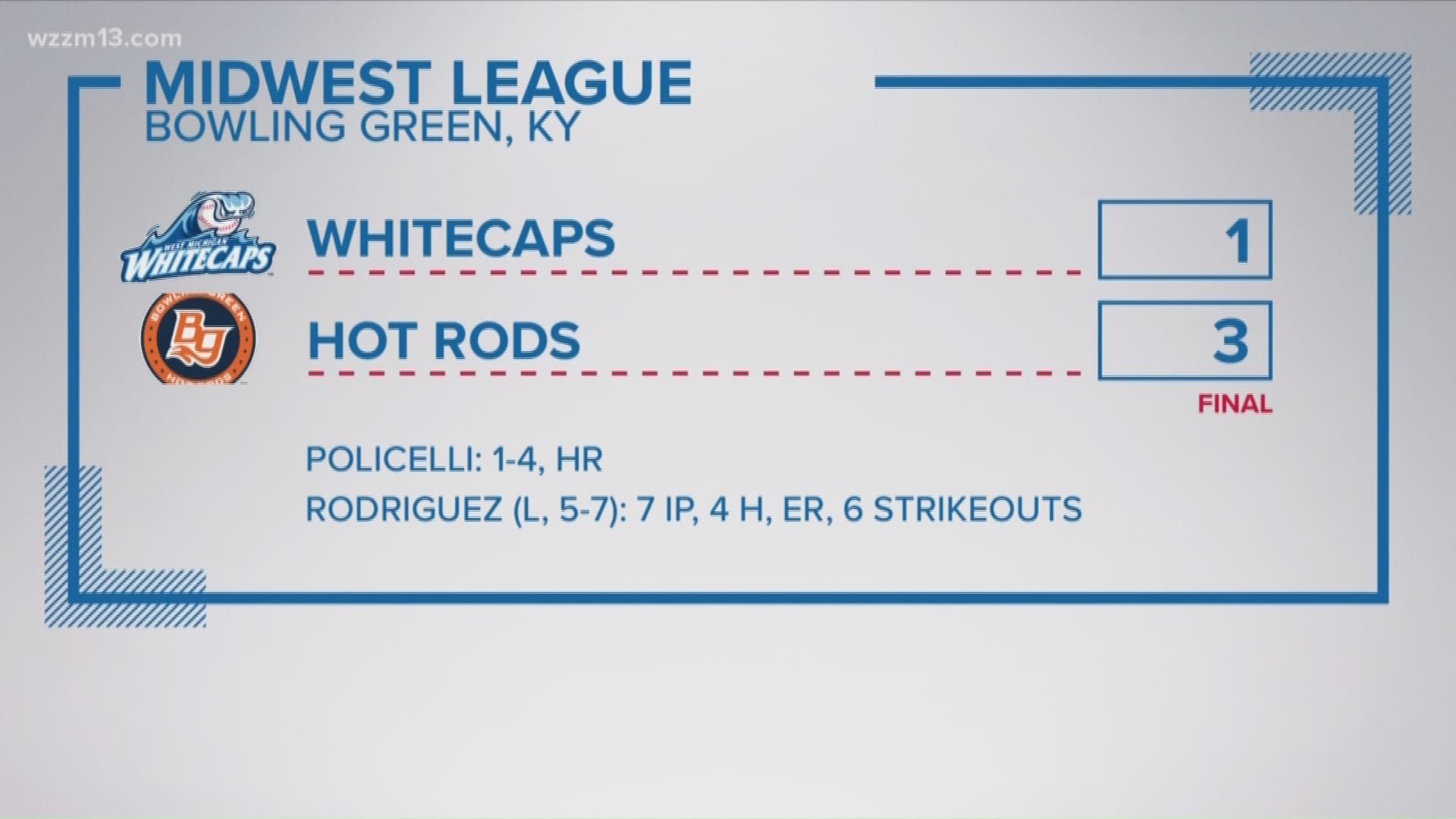 BOWLING GREEN, Ky. – The West Michigan Whitecaps failed to find their offense for the second straight night as part of a 3-1 loss to the Bowling Green Hot Rods on Thursday at Bowling Green Ballpark.

The Whitecaps streaky offense had gone 16 innings without scoring a run before Brady Policelli smashed a solo home run in the eighth to give West Michigan its only run.

Bowling Green opened the scoring in the second when a Kody Clemens error opened the door for an RBI-double by Zach Rutherford to take a 1-0 lead. The Hot Rods added another run on a sacrifice fly by Midwest League home run leader Ronaldo Hernandez (18) in the third, extending the advantage to 2-0. Policelli’s home run came to lead off the eighth and marked his sixth homer of the season. A wild pitch by ‘Caps reliever Endrys Briceno gave Bowling Green an insurance run and a 3-1 lead and took the second game of a three-game set.

Meanwhile, Bowling Green starter Resly Linares (5-3) continued his domination of the Whitecaps offense, moving his season totals to 18 innings allowing two runs with 20 strikeouts as part of picking up his fifth win. The lefty tossed five frames of shutout baseball, striking out six batters in the victory. Jesus Rodriguez (5-7) allowed two runs (one earned) in seven innings on the mound in suffering his seventh loss of 2018. Thursday marks the second straight game in which Rodriguez has recorded a quality start but has taken the defeat. In those two games, the Whitecaps have scored only two runs. The right-hander retired 11 consecutive batters to end his performance. Bowling Green reliever Pitcher Tyler Day tossed the final two innings in relief to finish the ballgame and earn his first save of the year.

The Whitecaps fall to 22-23 in the second half and 58-57 overall but maintain the first potential playoff spot in the Eastern Division second-half standings. Bowling Green extends their Midwest League-best record to 75-40 overall and 28-18 in the second portion of 2018.