Aaron Likens, who has Asperger's syndrome, used to stand on a rock in his neighborhood as a child and wave a checkered flag for cars going by. 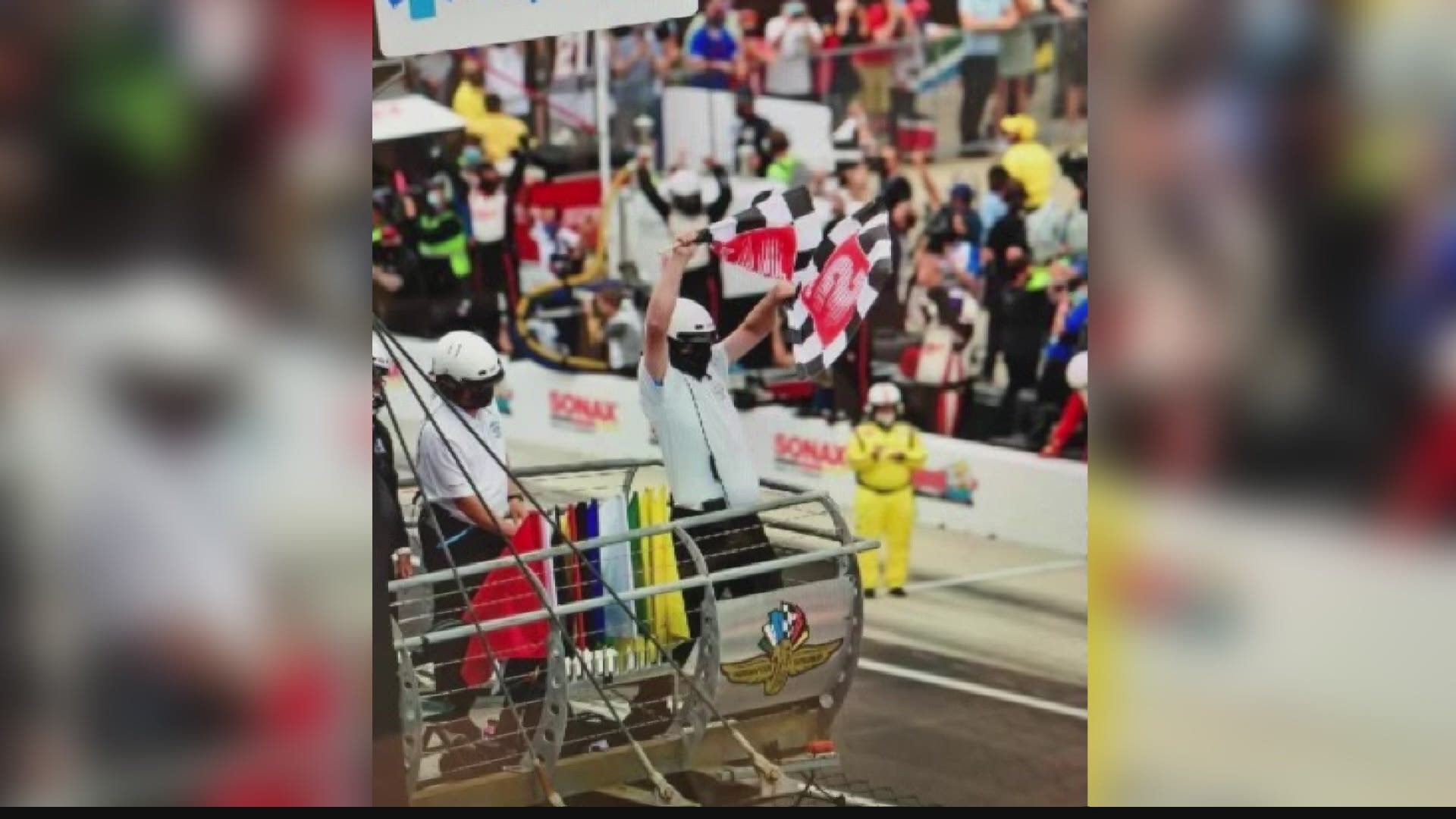 INDIANAPOLIS — The man who will wave the checkered flag on the 200th lap of the 105th Running of the Indianapolis 500 is living a dream even he didn't think was possible.

Aaron Likens, who has Asperger's syndrome, grew up on the northwest side of Indianapolis with a fascination for waving flags and a love for racing.

He said he used to stand on a rock in his neighborhood as a child and wave a checkered flag, given to him by former chief starter of the Indy 500 Duane Sweeney, for cars going by.

In 2003, Likens said he was devastated at his Asperger's diagnosis, but his work as a flagman in the NTT INDYCAR Series helped him through his struggles.

"While I thought I was capable of nothing, I was excelling on the race track," Likens wrote on Facebook. "It wasn’t easy, and I counted myself out of achieving anything in life more times than I could write, but the motivation of being at a track always won out."

Years later, Likens has risen through the ranks and will wave all the flags during the Indy 500 on Sunday, May 30.

I’ve watched flagman Aaron Likens all weekend. I like a little flair up there. A little style. Give em a little extra. It’s IMS, after all! 🤣 Aaron brings it. Well done.🏁 @IMS pic.twitter.com/LJVA0Dshlt

Likens was in the flag stand for the Indy 500 last year but said this year's race will be a different experience with fans.

What other people are reading: