In an exclusive interview with 13 On Your Side Thursday, Izzo gave his thoughts on the fate of college athletics in 2020. (Interview transcript included) 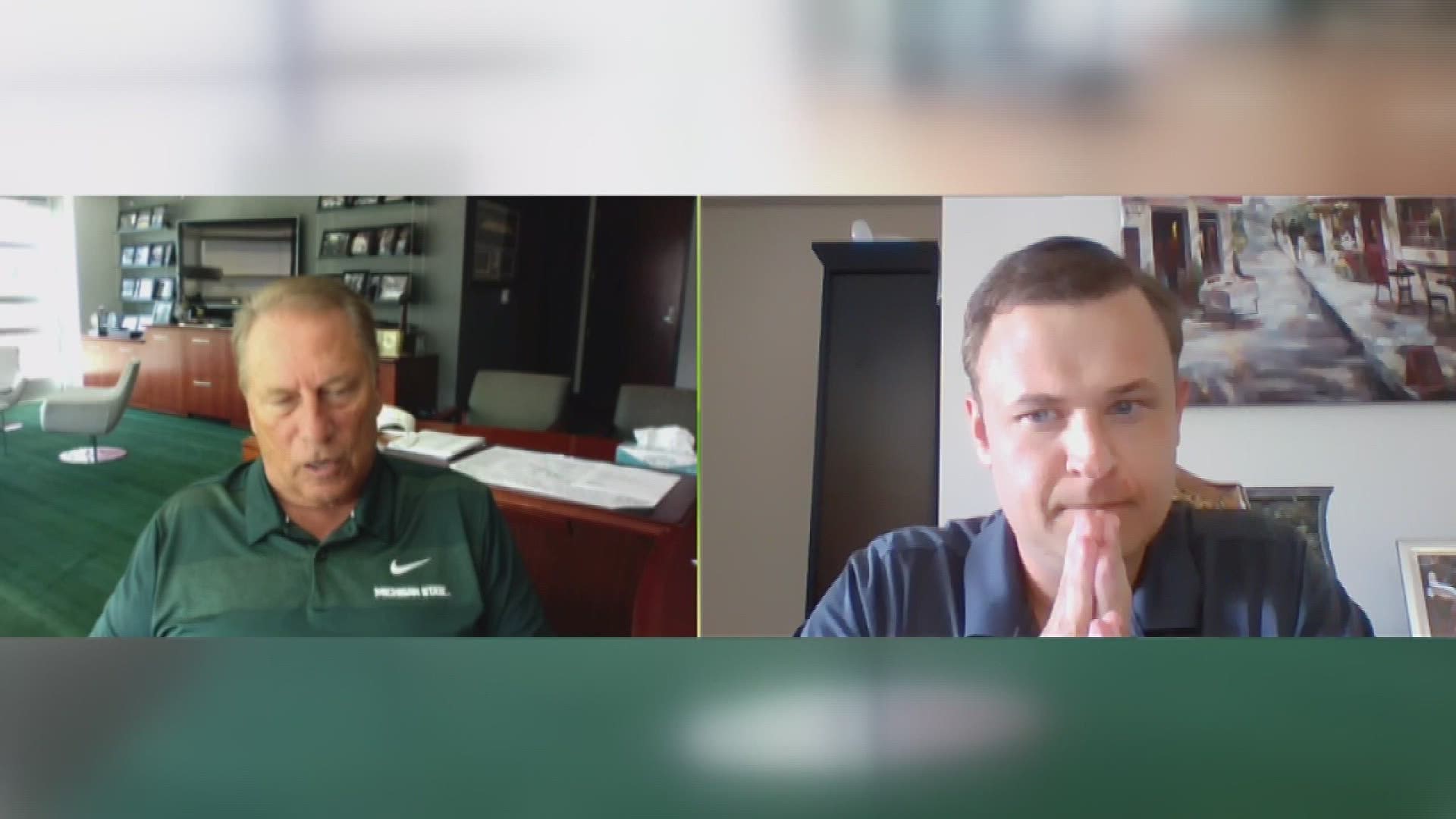 "I had never been through a pandemic," Izzo said. "I realized that this is serious business."

In an exclusive interview with 13 On Your Side Thursday, the longtime Spartan basketball boss said he’s learned a lot about the virus during the past couple months and make no mistake, he’s worried the Big Ten could postpone it's fall sports, much like the Ivy League did earlier in the week.

"It’s a concern," Izzo admitted. "A lot of times the Big Ten has followed (the Ivy League) since we are considered the “second best academic conference,” to (them).  Are we going to react to that?

"If medical people tell me what to do, then that’s the people I’m listening to."

So for now, he’s playing it safe. He believes there’s still a chance for athletic competition this year but says it’s only going to happen if everyone else does their part as well.

It won’t be easy but like winning a championship, he says it happen with a little teamwork and a lot of commitment.

The following is the transcript from the interview with 13 On Your Side's Mike Lacett Thursday morning.

Question: I know the Pandemic has been weird. I know you’ve spent a lot of time recruiting but I’m also guessing you’d had a lot of free time too. Probably more time then you’d like. How have you been spending this extra free time during this period?

Izzo: Well you know it’s funny because I do like to talk to my former players and my former coaches. I talked to (former MSU assistant) Stan Heath who is now with the Orlando Magic. (Chicago Bulls head coach and former MSU assistant) Jimmy (Boylen) came by here once but we’ve talked on the phone a little bit. (Georgia head coach and former MSU assistant Tommy (Crean) and I talked on the phone a little bit. You know I’ve tried to work out more. Get my Peloton, my bike workouts in. I’ve tried to spend time on zoom with people. You know I’m doing some of these kinds of things. I’m doing them with my team.

Really trying to take an initiative now with the social injustice and how we can help our players both white and black to get more educated and myself to be honest with you.

Question: When you look at what happened yesterday with the IVY league, they’ve canceled Fall sports, now it’s sliding into winter sports, how much of a concern is this for you right now?

Izzo: t’s a concern. You know as a country, the day they canceled the Big Ten tournament, we were practicing in the arena and we were getting ready to go down to Indy and all of a sudden, they said Michigan and Rutgers were warming up, they just canceled the game. Four hours later, I had another meeting with my team because they canceled the NCAA Tournament.

I didn’t understand it then. I had never been through a pandemic, neither have you. I got a 94 year old mother who went through the (polio scare) in the 20s but it’s hard to believe that it’s been that long since we’ve had this kind of a thing happen, so you know I have no idea how to handle it.

What I’ve done is I realized that this is serious business. I’ve been disappointed. I’m not a political guy at all. In fact, I don’t like politics personally and I’ve watched the political battles and it makes me sick. Because I don’t know if know anyone is doing what’s best, you know if we’re not wearing masks, if we’re doing this and we’re doing that. I think it’s ridiculous. I don’t want to hear from the political people. I want to hear from the medical people. If medical people tell me what to do, then that’s the people I’m listening to.

Question: If there is college basketball this season, how is it going to look?

I do think it’s possible.  The biggest key, where I think we’ve done an injustice is that we’ve acted like the kids under 25 are immune to everything and now we’re finding a lot of that is changing. So I think they’ve felt they don’t have to worry about it. Now we got people in their 10s and 12s and 15s and 20s dying and I’m not trying to be alarming in one way or another, people die from a lot of things   If we don’t stick together on this, could it drag into football season? Yes. Could it drag into basketball season? Yes. And it’s more of a worry than it was two months ago. I heard the big east might come out with something. Lot of times the Big Ten has followed things since we are considered the “second best academic conference,” to the Ivy league. Are we going to react to that?

That’s for the president the boards to figure out. That’s above my pay grade and my level in a lot of ways.

Izzo: You know most coaches or CEOs or anything that’s a head of something, whether we like it or not we’re control freaks, you know we really are. Right now, I have no control of anything.

You can watch the full interview with Coach Izzo here.

Mike Lacett is an award winning sports anchor who has worked in several television stations across the country. Follow him on his Twitter handle @mikelacett or on Facebook at Mike Lacett: 13 On Your Sidelines. 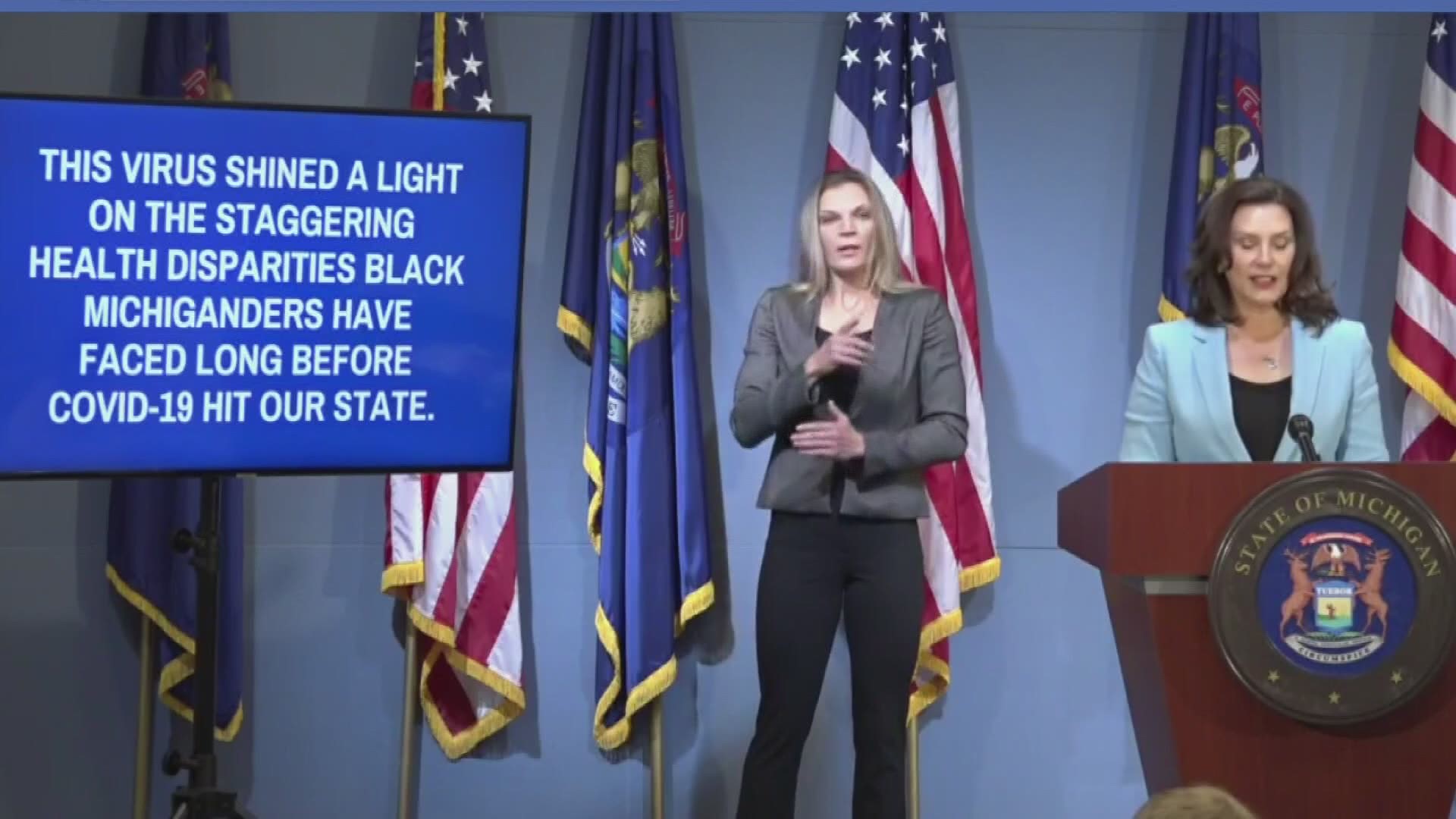