Robinson still holds the franchise record of consecutive games played since the start of his career, at 461. 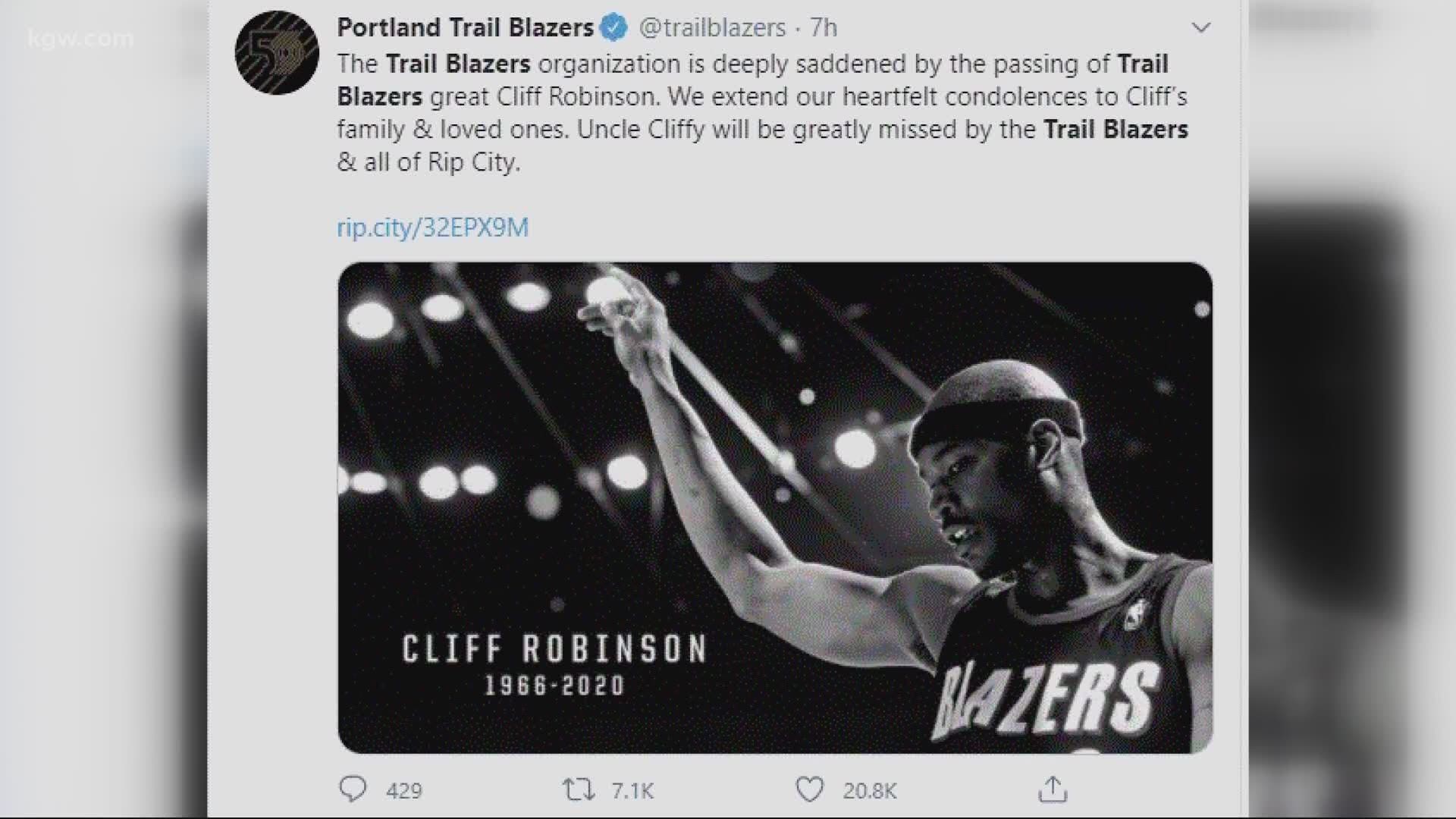 PORTLAND, Ore. — Cliff Robinson, affectionately known to fans as "Uncle Cliffy," has passed away, according to multiple reports and the University of Connecticut.

Robinson spent 19 years in the NBA, having been drafted 36th overall by the Portland Trail Blazers. He spent 8 years with the Blazers, guiding the team to the playoffs every year -- including an incredible run at the NBA Finals in 1990 and 1992.

In a statement Saturday morning, the Trail Blazers organization said: "His personality and energy were unmatched, and his contributions on the court were unmistakable, helping the Trail Blazers into the playoffs each of his eight seasons with the team. His streak of 461 consecutive games played with the Trail Blazers still stands as a franchise record, which is a testament to his hard work and dedication to the team. We extend our heartfelt condolences to Cliff’s family and loved ones. Uncle Cliffy will be greatly missed by the Trail Blazers and all of Rip City.”

I'm heartbroken to look back at this moment. Cliff Robinson was so important to his #Blazers teams and I always enjoyed competing against him. Another brother who left us long before his time. You'll be missed, Uncle Cliffy. RIP @UncleCliffy30 @trailblazers pic.twitter.com/bA2HWpM8iv

After his time with the Blazers, he played on the Suns, Pistons, Warriors, and finally, the Nets. He retired from the NBA in 2007.

Prior to the NBA, Cliff played at UConn, helping the team win the 1988 NIT Championship. His number was retired at the school in 2007.

He eventually returned to Portland, where he had lived in a home in the West Hills.

Robinson suffered some major health setbacks recently, including a stroke and getting a tumor removed from his jaw in 2018.

He had also become a spokesperson for the cannabis industry in 2016.

The UConn Basketball family mourns the loss of a legendary player and person, Clifford Robinson. Our thoughts and prayers are with Cliff’s family at this difficult time 🙏