Donnie Tyndall has more than 700 sneakers in his collection. 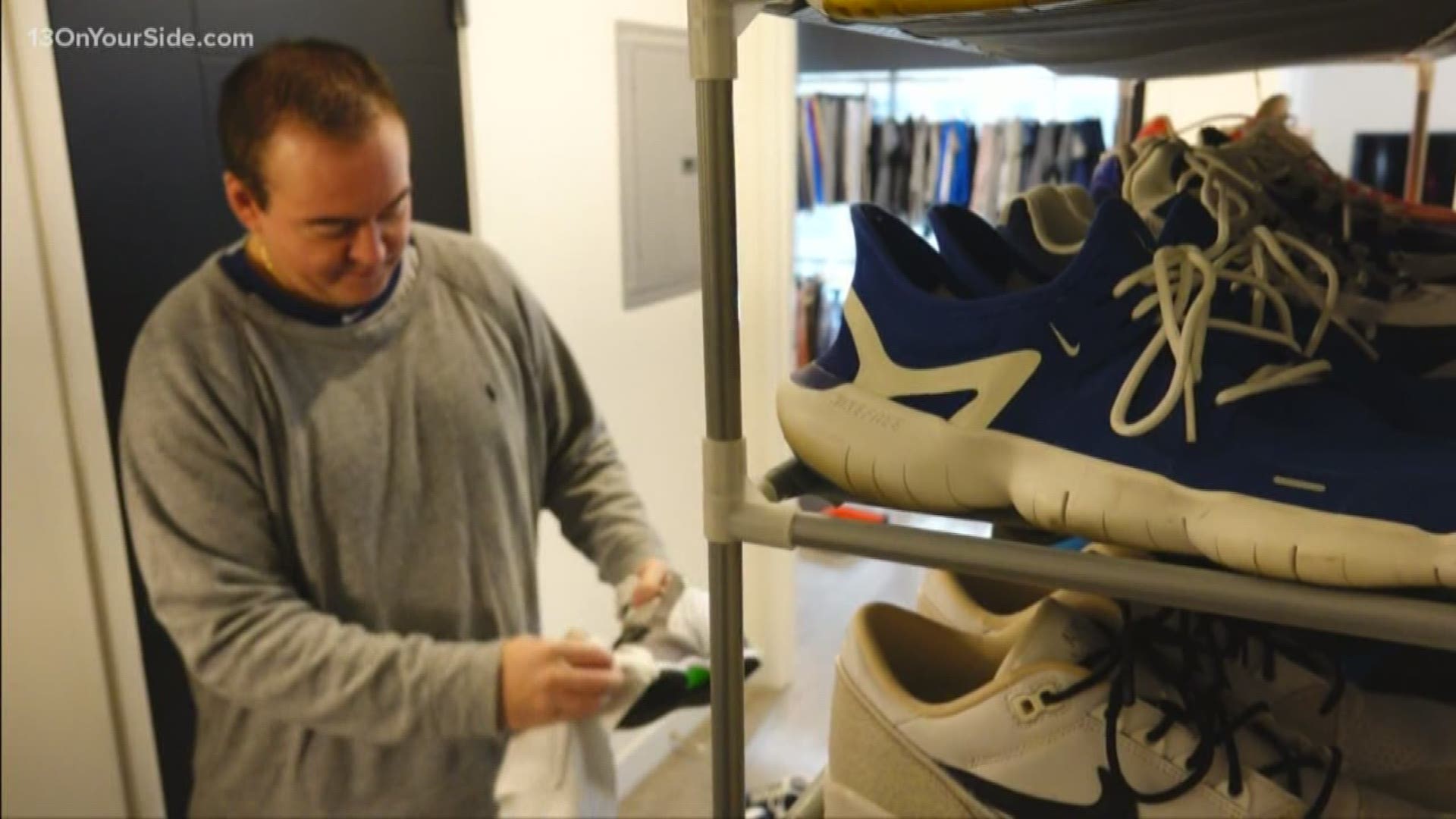 “I'm not a guy that goes out. I'm not a partier, a drinker or a smoker,” said Tyndall.

Still, that doesn't mean he won’t indulge every once in a while.

“I think I'm past the point of no return,” he admits.

Maybe a little more than once in a while?

“Alright, back to your original question, that might be an addiction,” Tyndall said with a smile.

Tyndall's addiction is shoes and it started at the age of 15 when his mom bought him his first pair of Nikes.

“It just become a source of pride,” he says.

From that moment on, the 49-year-old West Michigan native was hooked.

"I think his dad and I talked about it a little bit. 'Now, is this really good for Don to be buying all these shoes?’” said Tyndall’s mother Judy Lightfoot. "We thought, no, we're not going to say anything.”

Over there years, he's bought it all: From Chuck Taylor's and Charles Barkey's to Jordan's, Kobe's, and KD's

“The problem is every time I say, ‘okay I'm done buying them,’ two months later, something comes out and you see them at Foot Locker, Finish Line and you're like, ‘alright one more pair.’”

One more pair has turned into 700 pairs. Tyndall keeps half in storage and the other half at his one-bedroom apartment in Grand Rapids.

Some he wears, some he doesn't but all are organized to a T.

“I'm pretty type A about it,” Tyndall said. “And trust me when I tell you, if someone came here and took a pair or moved a pair, I'd dang sure know about it.”

Tyndall says he's spent close to $70,000 in shoes over the years. He knows that sounds crazy, but he says it’s all worth it in the name of style.

“Again, it's just one of those deals where I can't really explain why, other than it was just like, man those are sweet, I have to get them.”