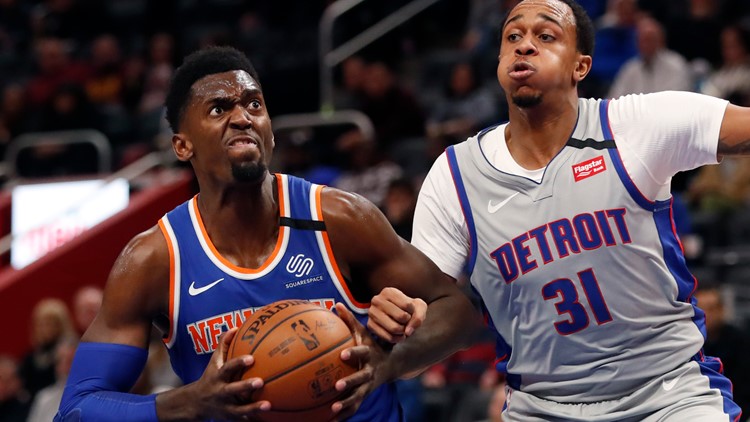 The Knicks led 91-89 when Randle scored inside to push the lead to four. Replays showed Detroit's Thon Maker appeared to take an arm to the face on the play, but it was not considered reviewable.

Christian Wood made a 3-pointer for Detroit to cut the lead to one, but Reggie Bullock of the Knicks made two free throws with 7.3 seconds left for the final margin.

Reggie Jackson missed a last-second 3-pointer that would have tied it.