The Loyola Chicago team chaplain has become a March Madness star in her own right. 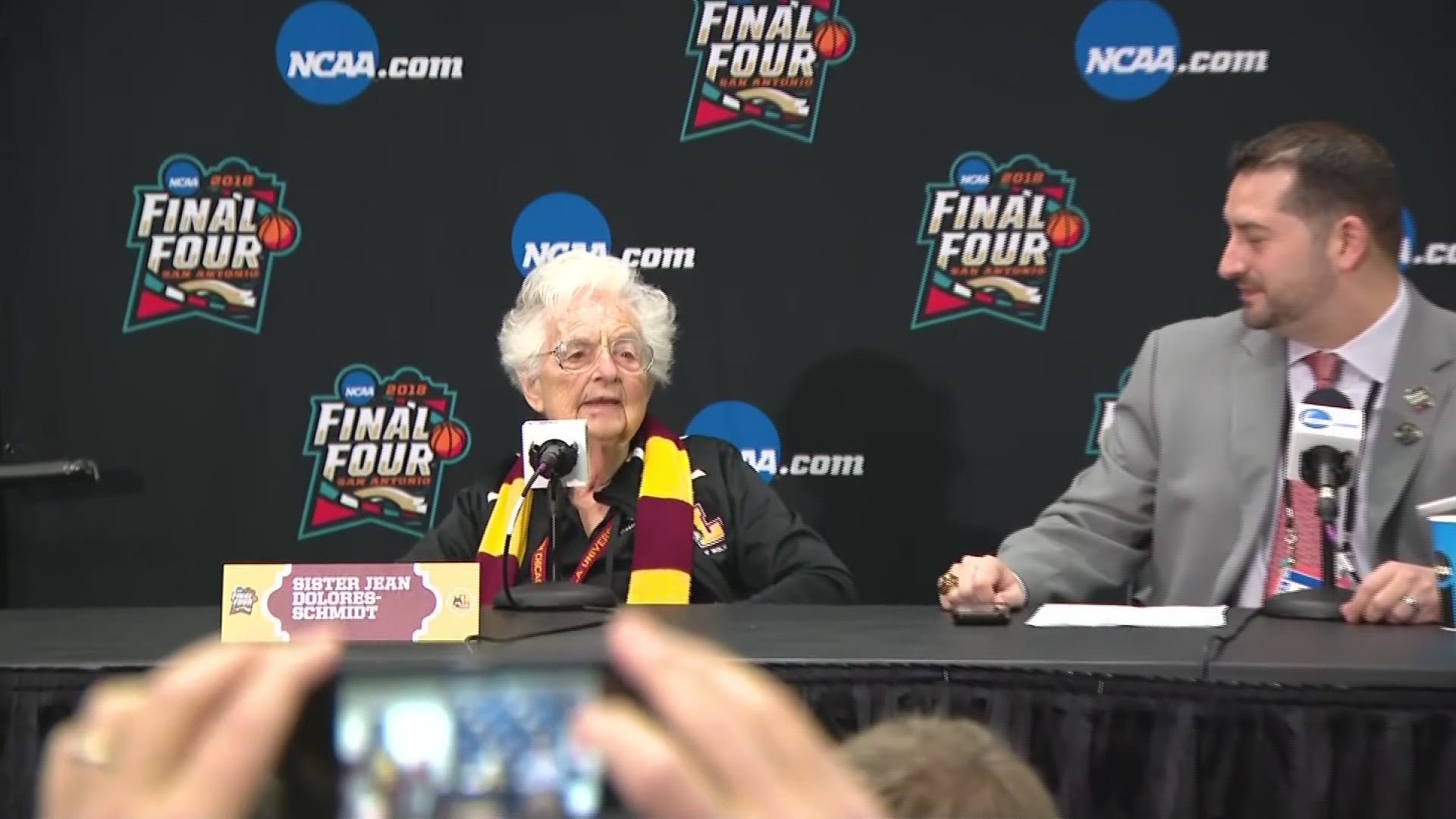 The National Bobblehead Hall of Fame and Museum announced that a limited-edition Sister Jean bobblehead has sold more than 10,000 pre-orders within five days.

That reportedly triples any bobblehead the organization has sold before.

Sister Jean Dolores Schmidt has been team chaplain for the Loyola Chicago Ramblers since 1994.

She prays for the team, and she has quickly become a March Madness fan favorite.

"Sister Jean is an absolute treasure. She is an amazing person and part of the fabric of what makes Loyola such a wonderful place," Steve Watson, Athletic Director of Loyola University Chicago, said in a media release.

The 2018 NCAA Tournament keepsakes cost $25 each, plus a flat shipping rate of $8. The depictions shown are mock-ups, and the orders are expected to arrive by early June.