Michigan forward Isaiah Livers was out of the lineup because of an injury. 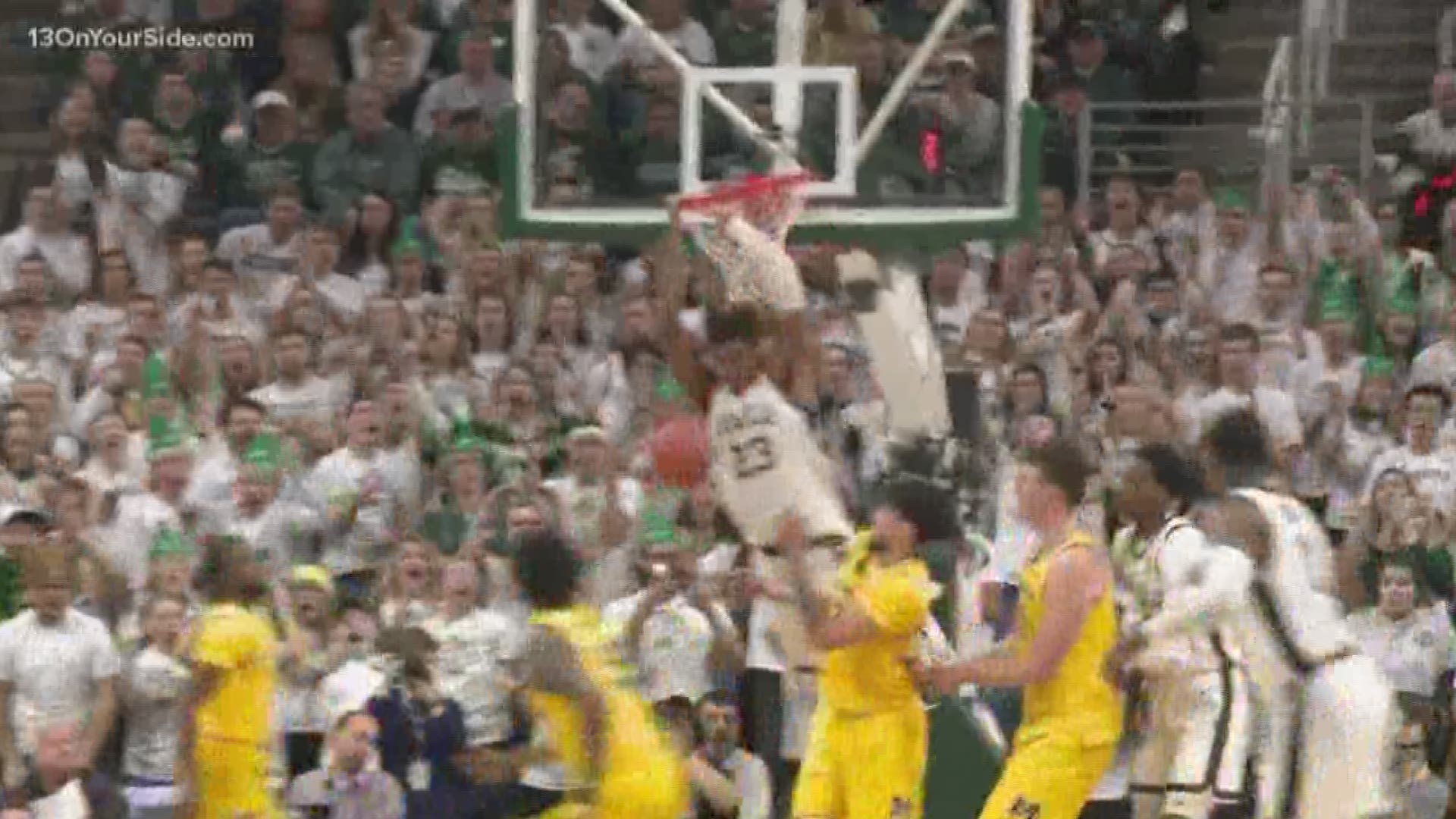 EAST LANSING, Mich. — Cassius Winston scored a career-high 32 points and Xavier Tillman had 20 to lead No. 14 Michigan State to a 87-69 victory over No. 12 Michigan.

The Spartans were ahead the entire game and beat the rival Wolverines for a fourth consecutive time.

The Spartans have won seven straight and are the only Big Ten team without a conference loss.

The Wolverines have lost four of their last seven games after starting 7-0 under first-year coach Juwan Howard.

They were led by Jon Teske, who fouled out after scoring 15 points.