Kerr, an Arizona native, played for U of M during the team’s College World Series run in 2019.

Credit: Mike Lacett
Kerr says the key to his success will be not taking everything too seriously.
Author: Mike Lacett
Published: 4:04 PM EDT July 26, 2021

What he’s not is a relative of basketball great Steve Kerr, a fellow Arizonan.

“So I’ve actually played a joke on one of my high school best friends,” he explains. “I actually never told him but he still thinks Steve Kerr is my uncle.”

The story may seem a bit random but it’s key to understanding Kerr’s success as a baseball player. Like life, he takes the game seriously but not too seriously.

“In a sport of failure,” he says, “being able to have fun in those times as well is huge.”

Lately though, Kerr has been having more good times than bad. Just this month, he was promoted from the Tigers Low-A team to right here to West Michigan at the High-A level. And while Kerr is not from the state, the 2019 U of M grad considers it a homecoming.

“Seeing block M’s in the stands, I look for them every game,” says Kerr, whose dad and grandad also played baseball for Michigan. “Seeing the people wear the maize and blue. It really does feel like home.”

In fact, the 24-year-old first baseman says he owes his career to his time in Ann Arbor. He credits the team’s run in the 2019 College World Series for putting him on the map.

“I might not even be playing professional baseball if that run doesn’t happen and we don’t make the tournament.”

And unlike saying he’s related to Steve Kerr, Jimmy Kerr says that is no lie. 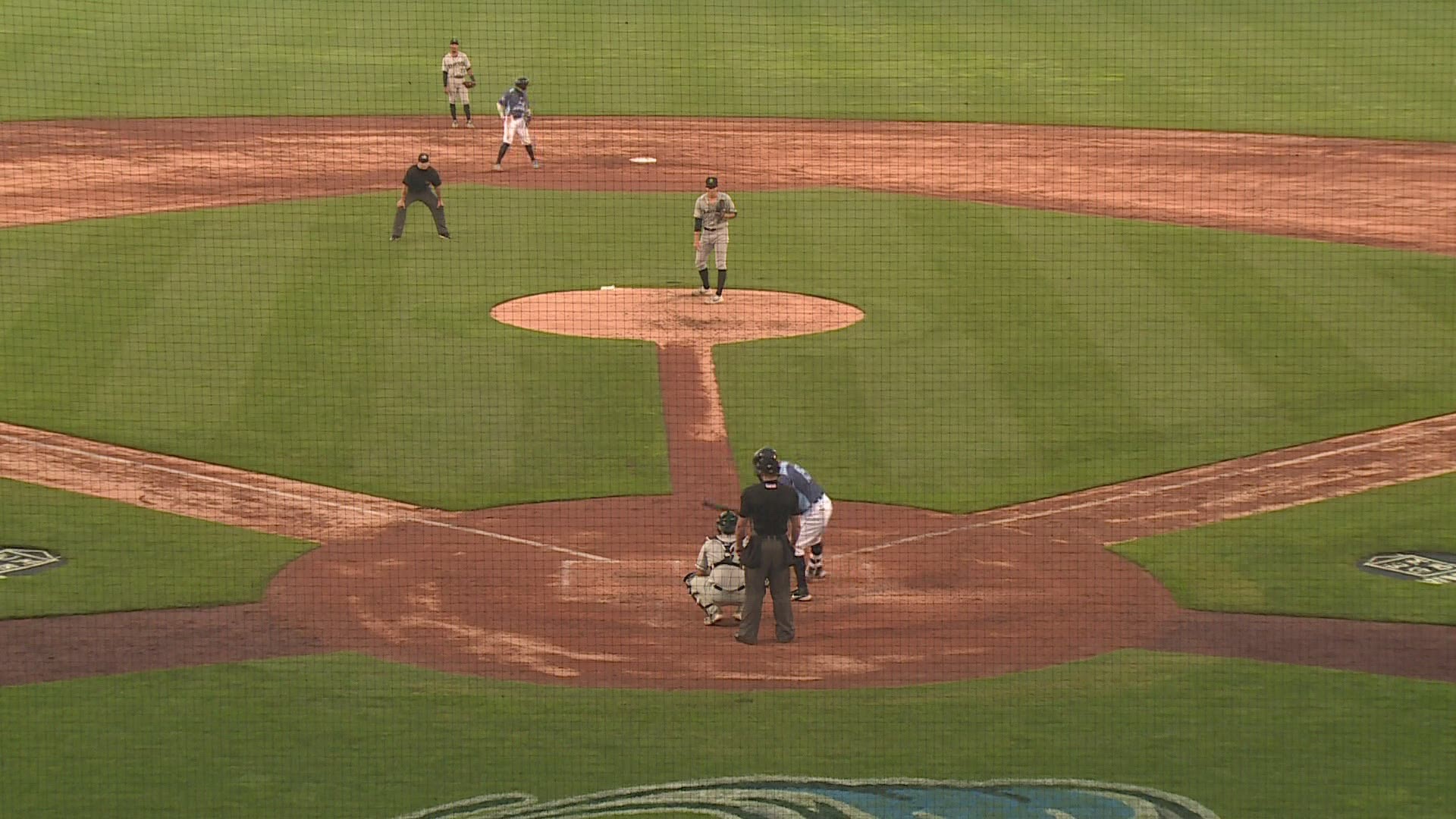