Jermaine Whitehead's Twitter account got suspended after the Cleveland Browns defensive back threatened a radio host following his team's loss to the Denver Broncos. 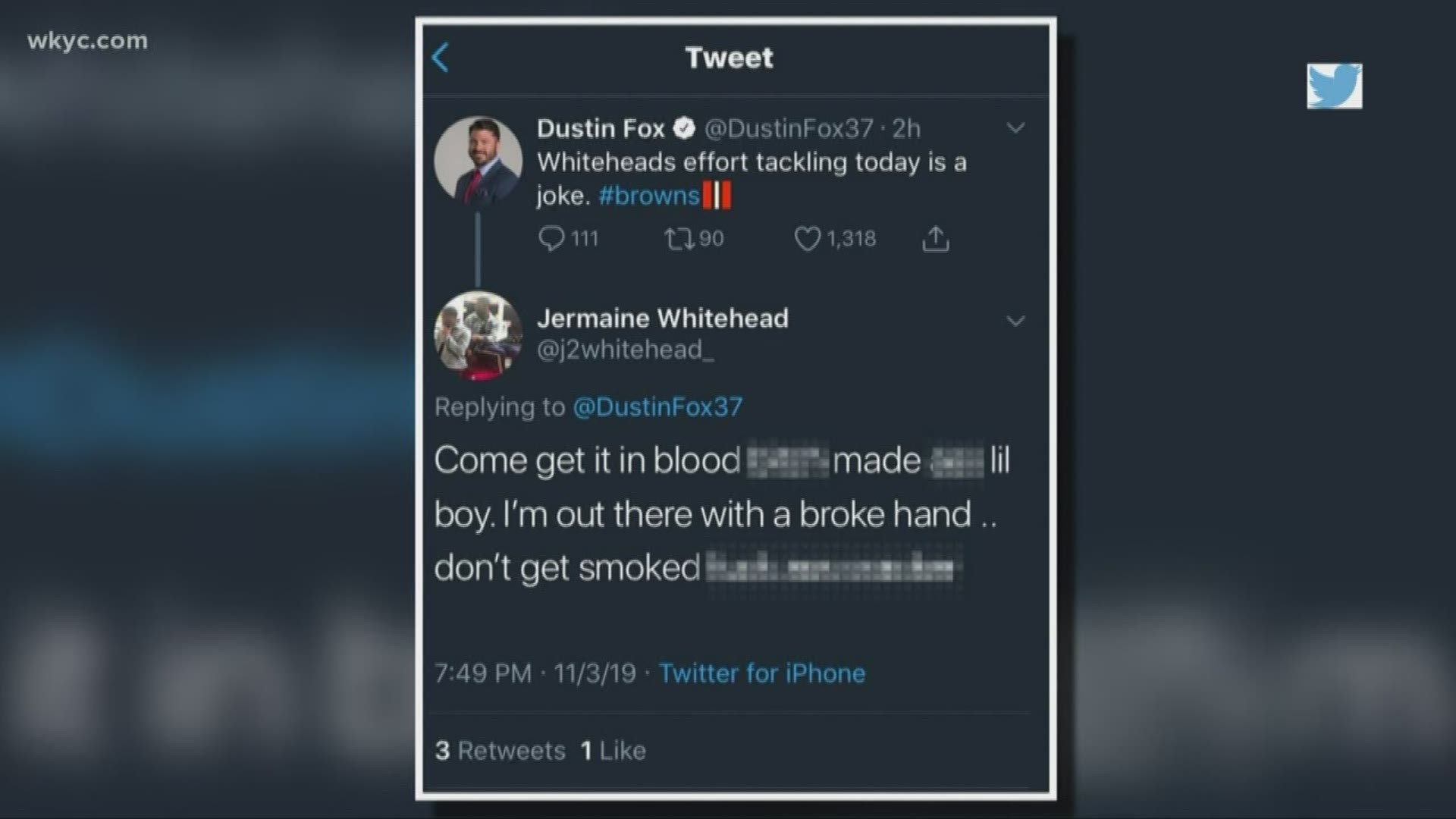 For Jermaine Whitehead, the Cleveland Browns' 24-19 loss to the Denver Broncos on Sunday may have just gone from bad to worse.

Moments after the Browns' latest defeat came to an end, a Twitter account the team has confirmed to belong to Whitehead sent threatening tweets to fans who had criticized his play, as well as 92.3 The Fan radio host Dustin Fox.

In other tweets, Whitehead sent a follower the address to the Browns' team facility in Berea and also told a Twitter user [I'm going to] kill you b----."

Whitehead's ranting continued on his verified Instagram account, where he posted a picture of himself arriving for the game, along with the caption:

"Crazy world. They line it up and say anything in the book too you. They tell you take the high road, when yo whole life you was taught to meet fire with fire. I do apologize for my performance, but having a broke hand and a strong fear of letting my team down is my downfall. Whatever happens happens. Ain trippin. They probably gone still talk crazy but this me getting smoke off my chest. I don’t need one like.. this from me to me! Keep ya head up homie, can’t nobody f--- with you. I dare em to try."

The Browns later released the following statement regarding Whitehead's actions:

"Jermaine Whitehead's social media posts following today's game were totally unacceptable and highly inappropriate. We immediately spoke with Jermaine upon learning of these comments. The Browns in no way condone that type of language or behavior. This matter will be further addressed internally."

According to Zac Jackson of The Athletic, Whitehead declined to speak with reporters following the game through a team spokesperson. His left hand was also in a brace.

Starting in place of Damarious Randall, who missed his second straight game to a hamstring injury, Whitehead failed to register a single tackle vs. Denver on Sunday.

RELATED: Close is not good enough. Cleveland Browns fall to Denver Broncos, 24-19, drop to 2-6 on season

RELATED: Odell Beckham Jr. says 'I can’t get the ball to save my life' during Browns' loss to Broncos

RELATED: Odell Beckham Jr. and Jarvis Landry told to change cleats or be pulled vs. Broncos