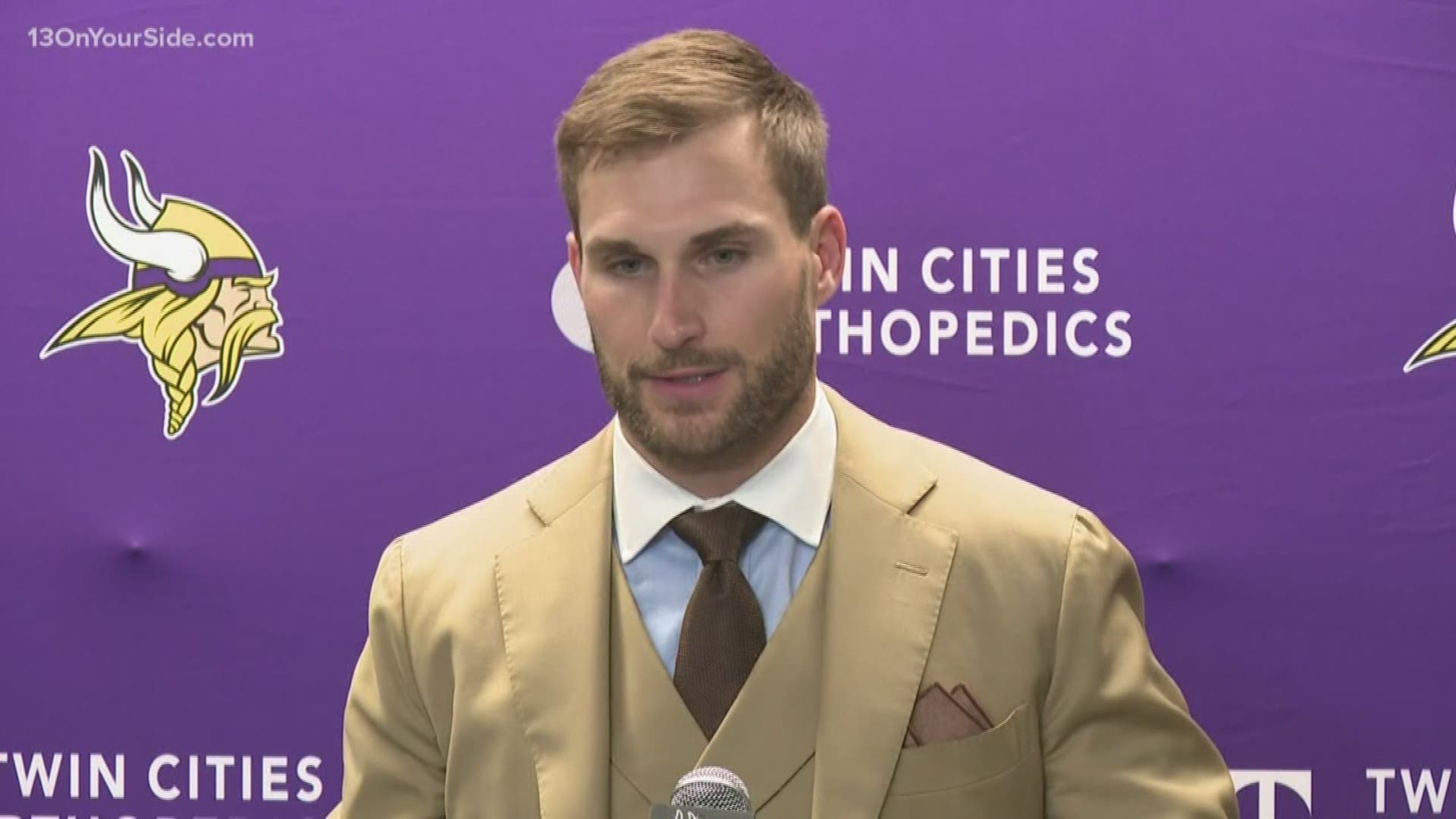 DETROIT — Kirk Cousins matched a career high with four touchdown passes, leading the surging Minnesota Vikings to a 42-30 win over the slumping Detroit Lions on Sunday.

The Vikings (5-2) have won three consecutive games in part because their quarterback is making plays to complement one of the NFL's top defenses.

Matthew Stafford also threw four touchdown passes, all to Marvin Jones, and became the fastest to reach 40,000 yards passing in NFL history. And Jones became the first Lions player in the Super Bowl era with four receiving TDs in a game.

The Lions (2-3-1) dropped their third straight game after a 2-0-1 start and they probably can't complain too much about officiating in their latest setback. The Lions had some critical penalty calls go against them in a 23-22 loss to Green Bay on Monday night.

Detroit's defense simply couldn't get Cousins off the field on Sunday.

Cousins was 24 of 34 for a season-high 337 yards and four TDs without an interception. He led the Vikings on four straight TD drives starting in the first quarter and ending in the third, going ahead for the first time on a 5-yard pass to C.J. Ham to make it 28-21.

Cousins threw a fourth TD pass for the second straight game, and sixth time in his career, on a 15-yard pass to Kyle Rudolph to put Minnesota ahead by 11 points with 5:46 to go.

After Stafford threw a season-high fourth TD with 3:10 remaining, the Vikings sealed the victory.

Cousins lofted a long pass to Stefon Diggs on a second-and-5 from his 30 and the speedy receiver took a 66-yard reception to the Lions 4 to set up Dalvin Cook's TD run.

Cook had 142 yards rushing and two TDs on 25 carries. Diggs had seven receptions for 142 yards.

Adam Thielen caught the first of four TD passes from Cousins in the first quarter and the receiver didn't return because of a hamstring injury.

Stafford was 30 of 45 for 364 yards with four TD passes and an interception on his last possession. Jones had 10 receptions for four TDs, matching his best total from 2013 when he played for Cincinnati. Danny Amendola had eight receptions for 105 yards.

Vikings: Thielen had a game-ending hamstring injury in the first quarter after he was hurt while scoring his seventh touchdown of the season. DE Everson Griffen limped off the field in the third quarter.

Lions: RB Kerryon Johnson (knee) and CB Darius Slay (hamstring) were injured during the game and did not return. 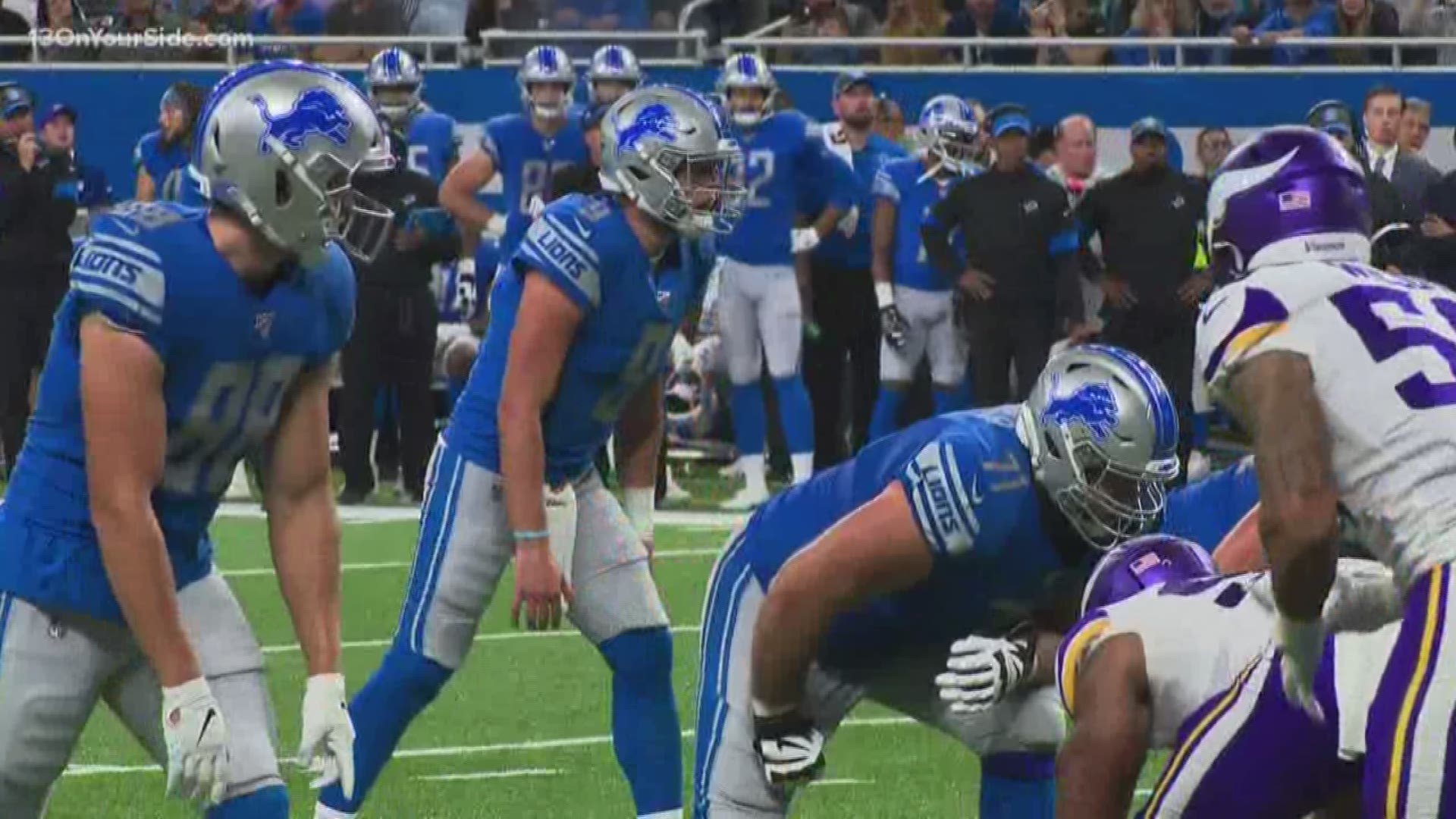