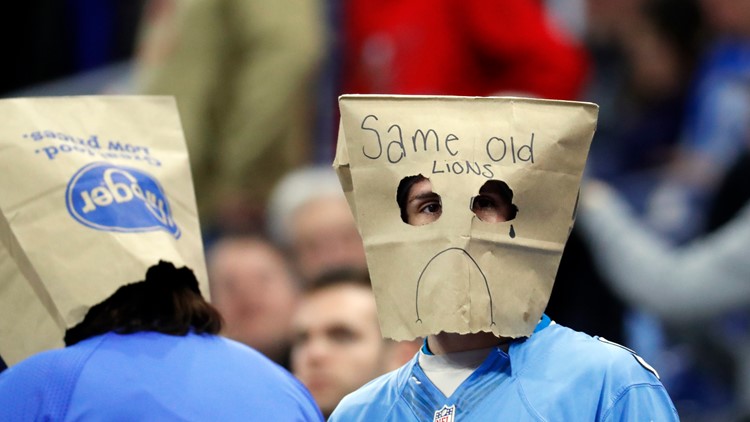 Photo by: AP
Detroit Lions fans wear paper bags during the second half of an NFL football game against the Tampa Bay Buccaneers, Sunday, Dec. 15, 2019, in Detroit. (AP Photo/Paul Sancya)

DETROIT — The Detroit Lions staggered to their seventh consecutive loss. This time they lost 38-17 to the Tampa Bay Buccaneers.

It felt like the game might end with an even more lopsided score for a while. Tampa Bay scored the first three touchdowns.

When the Buccaneers went ahead 21-0 with 8:13 remaining in the second quarter, they had outgained Detroit 314-2.

There were a fair number of empty seats at Detroit's Ford Field. Some of the fans who did come were booing. More than that, there was a general sense of malaise as this season winds down for the Lions.