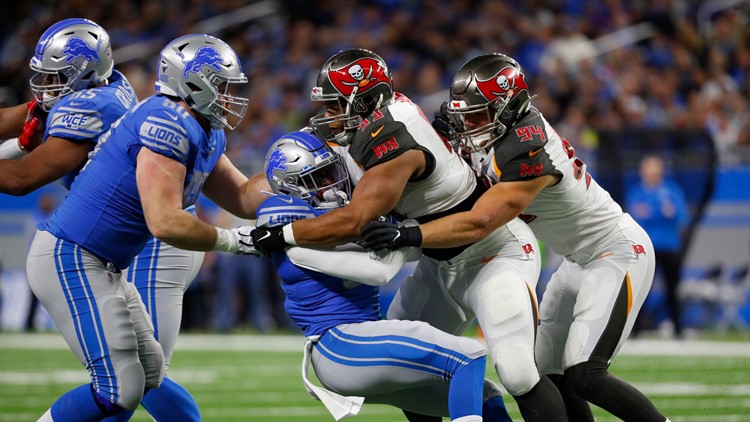 DETROIT — Jameis Winston became the first player in NFL history to throw for 450 yards in consecutive games, leading the Tampa Bay Buccaneers to a 38-17 win over the Detroit Lions.

Winston threw three touchdowns in the first half and finished with four scores through the air along with a career-high 458 yards Sunday.

The Buccaneers have won four straight and five of six. Tampa Bay's surge started too late for it to stay in the race to contend for a spot in the playoffs.

Detroit has dropped seven games in a row, increasing the scrutiny on embattled coach Matt Patricia.