The Seattle Seahawks rallied for a 40-34 win over the Tampa Bay Buccaneers on Sunday. 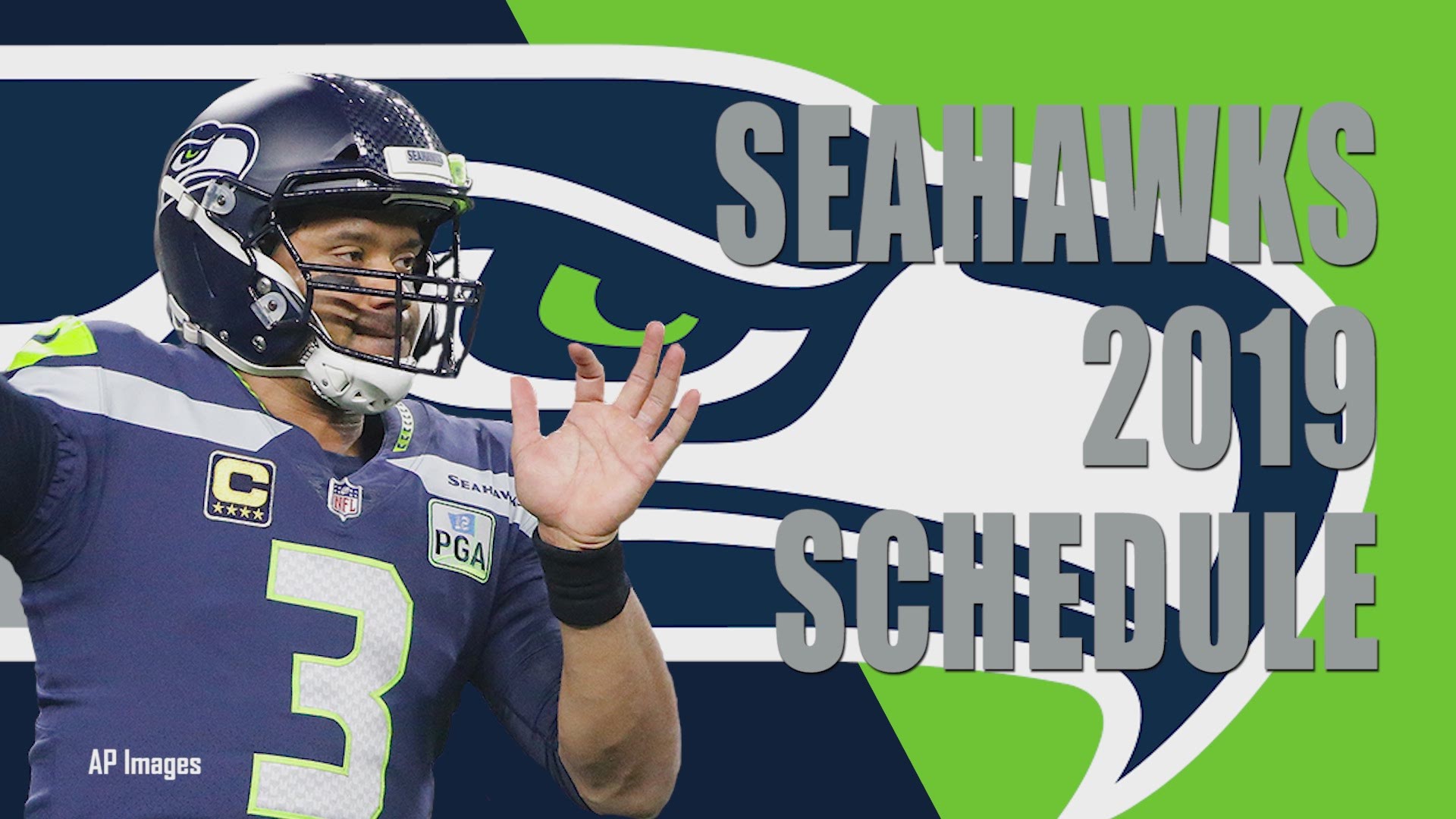 SEATTLE — After leading a masterful drive in the final seconds of regulation only to see a potential winning field goal attempt on the last play sail wide, Russell Wilson took it upon himself in overtime.

No way was Tampa Bay's Jameis Winston going to end up with the ball in his hands again.

"Knowing when to run, knowing when to pass, he's doing an amazing job," Seattle linebacker Bobby Wagner said of his quarterback. "It's fun to watch him and I'll never get used to it because he's always going to do something to surprise us."

Wilson finished off one of the finest games of his career with a 10-yard touchdown pass to Jacob Hollister on the opening drive of overtime, capping Seattle's rally for a 40-34 win over the Tampa Bay Buccaneers on Sunday.

Wilson continued his brilliant season, tying his career high with five touchdown passes as Seattle (7-2) overcame Jason Myers' missed 40-yard field-goal attempt on the final play of regulation and never gave Tampa Bay a chance in the extra session. Wilson was 5 of 8 for 70 yards in overtime, capping the winning drive by hitting the reserve tight end across the middle for his second touchdown of the game.

Wilson finished 29 of 43 for 378 yards. It was his third career game with five TD passes and capped Seattle's wild second half after trailing 21-7 midway through the second quarter. And it was a win Seattle absolutely needed with a brutal final seven games with six games against teams currently above .500.

"We've been able to do it all year. For us to be able to go downfield — what's the circumstances, what's the situation — let's go do it," Wilson said. "And I think that confidence, that unwavering belief it's real."

Wilson continued to build a case worthy of MVP consideration. He has 22 touchdown passes and only one interception and became the first quarterback in the Super Bowl era to post those numbers through a team's first nine games of the season. His passer rating has been 102 or above in eight of nine games.

Hollister had a 1-yard TD catch in the first half, then made the biggest catch of his brief Seattle career. He flashed across the middle and barely got the ball across the goal line to set off a wild celebration.

"When everyone is piling on you, you realize it's the game winner," Hollister said.

Winston was nearly Wilson's equal throwing for 335 yards and two touchdowns. Winston led Tampa Bay (2-6) to a tying score in the final minute of regulation on Dare Ogunbowale's 1-yard run, but never got his hands on the ball in overtime.

Winston was 29 of 44 passing, but unlike Wilson had one very costly turnover in the fourth quarter — a fumble that was recovered by Rasheem Green and led to a key field goal for Seattle.

"I just got so much respect. Great guy. He's a winner. He's an amazing quarterback," Winston said of Wilson. "He's been an amazing help to me and helping me with my development as an NFL quarterback. So I just thank him for that. I wish we were on the winning end, but he went out there and did his job."

Mike Evans and Tyler Lockett both had huge games as the primary targets for their respective quarterbacks. Lockett had a career-high 13 catches for 152 yards and two touchdowns. Evans was just as good with 12 catches for 180 yards and one score. But the difference was the contribution from Seattle's supporting cast of DK Metcalf and Hollister. Metcalf had a 53-yard touchdown catch late in the fourth quarter and had a key 29-yard completion in overtime that moved Seattle inside the Tampa Bay 10. Metcalf finished with six catches for 123 yards.

Ogunbowale's TD run with 48 seconds left pulled Tampa Bay within 34-33 and rather than going for the 2-point conversion, Bucs coach Bruce Arians opted to play for overtime with the extra point. He almost didn't get there as Wilson quickly drove Seattle into field-goal range. Myers missed wide left from 47 yards at the same end of the stadium in the first half and pushed the 40-yard attempt to the right on the last play. Myers is just 3 of 8 this season on kicks of 40 or more yards.

While the kicking problems are a concern for Seattle, it became a moot point, and Pete Carroll gave a supportive backing of Myers after the win.

Seattle's Chris Carson rushed for 105 yards, the first running back this year to top 100 yards against Tampa Bay's league-best run defense. Seattle finished with 145 yards rushing as a team.

Tampa Bay lost a pair of starters and a key reserve in the first half. Cornerback Carlton Davis suffered a hip injury on Seattle's opening drive and did not return. Outside linebacker Carl Nassib was lost early in the second quarter because of a groin injury and Nassib's backup, Anthony Nelson, injured his hamstring in the second quarter and was immediately ruled out.