Face masks reportedly will be required for all fans who attend the big game. 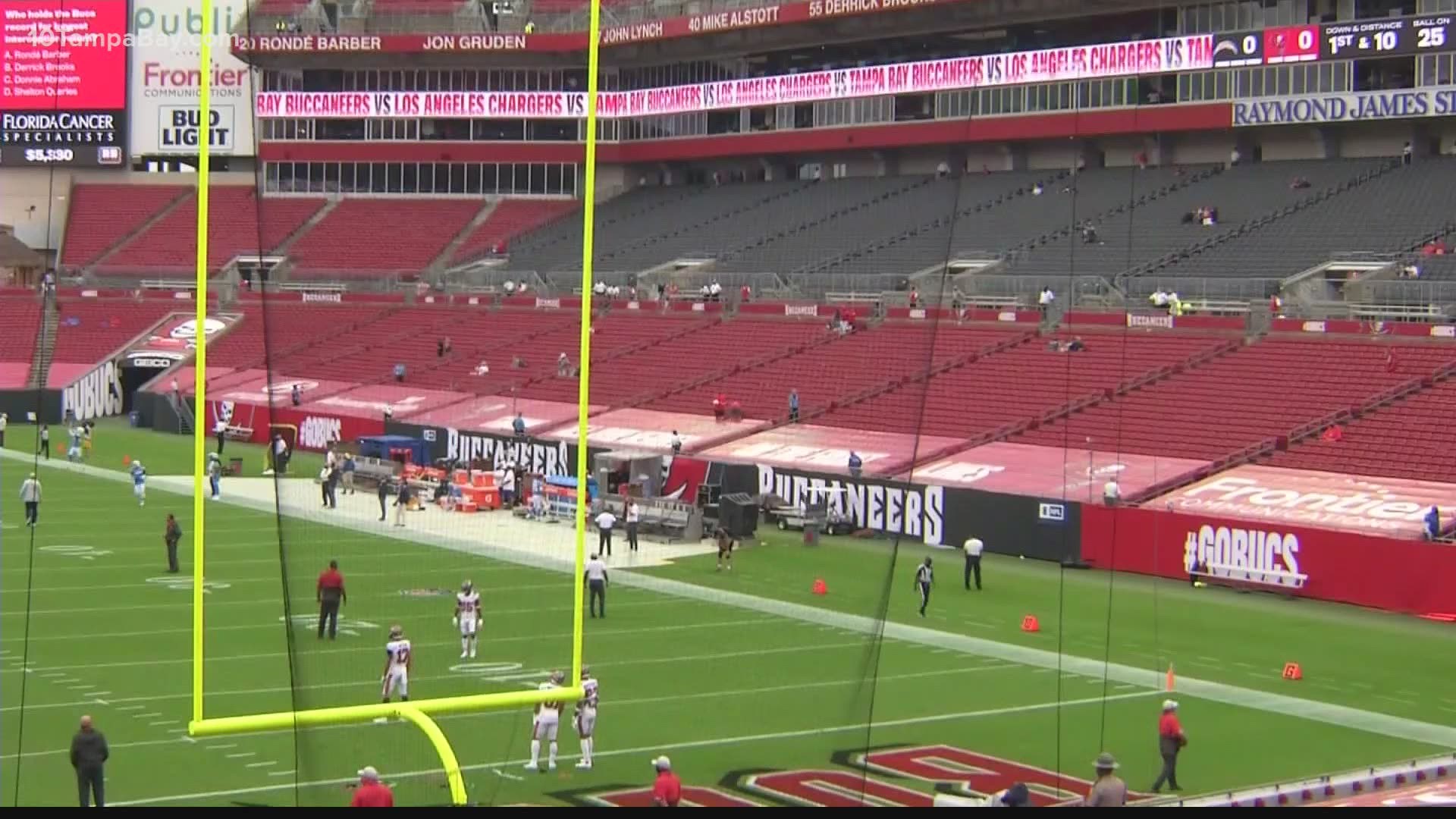 TAMPA, Fla. — Plans to potentially limit stadium capacity during Super Bowl LV are underway with the coronavirus pandemic more than likely to spill into 2021.

Although the exact seating cap for the big game at Raymond James Stadium is not yet nailed down, it is likely to change over the next several months given new developments with the pandemic, according to organizers.

"We’re working closely with the NFL and local public health and government officials to determine what capacity will be," Tampa Bay Super Bowl LV Host Committee President and CEO Rob Higgins said. "It’s not known at this time. We know that the numbers will evolve over the next few months. We’ll be following conditions in the county and the state, and the NFL will make a determination based on approvals locally."

As Higgins points out, clubs across the NFL  – including the Bucs – are starting to allow more fans into the stadiums, but they are not currently at full capacity.

ESPN's Adam Schefter reports the NFL is anticipating a 20-percent seating capacity. If that pans out for the February 2021 event, it comes out to a little more than 13,000 fans in the stands for a stadium that seats about 66,000 people.

One other note to the limited seating now expected at Super Bowl LV: If a Week 18 is added to this regular season, the off week would be eliminated and Super Bowl LV would stay on February 7. pic.twitter.com/wANGPM1Z7f

According to Schefter's reporting, fans will be in pods spaced out in 6-feet increments, and face masks will be required.

Organizers say details haven't been finalized and are subject to change based on the latest health and safety guidelines available in February.

In a statement, the NFL said: "there is no set capacity figure at this time." But one such capacity scenario includes a 20-percent cap, the league continued.

"The safety of the public, attendees, players and personnel continues to be our foremost priority. We are working on a host of Super Bowl plans, including gameday, in conjunction with the host committee and the appropriate local and county public health and government officials.

"There is no set capacity figure at this time as we continue to monitor the ongoing pandemic with more than three months to go before the Superbowl on Feburary 7.

"There have been 19 teams that have already or have been authorized by public authorities to host regular season games. The average has been around 20 percent with fans seated in pods and everyone wearing face coverings. Among the scenarios we are exploring is a capacity of around that figure but we anticipate it could grow as we get closer to the game."

Gov. Ron DeSantis in late September expressed support for not just Tampa hosting the game but having a "full Super Bowl." Those comments came as he announced moving the state into Phase Three of its reopening which, according to the governor's office, recommends organizers "consider reducing capacity with limited social distancing protocols."

At the time, the NFL's head of live event production said he had the same goal but "to prepare just in case."

"If we find ourselves in a situation on Feb. 7 where we are in a different scenario, we’re just going to make sure we’re ready for that," Jon Barker said.

Florida's 14-day average of new coronavirus cases largely was on a downward trend in September but has since ticked up, averaging about 1,000 more daily cases now compared to a month ago.

That's about in line with national trends showing increased cases and hospitalizations.