When will the Buccaneers' Super Bowl championship parade be held? 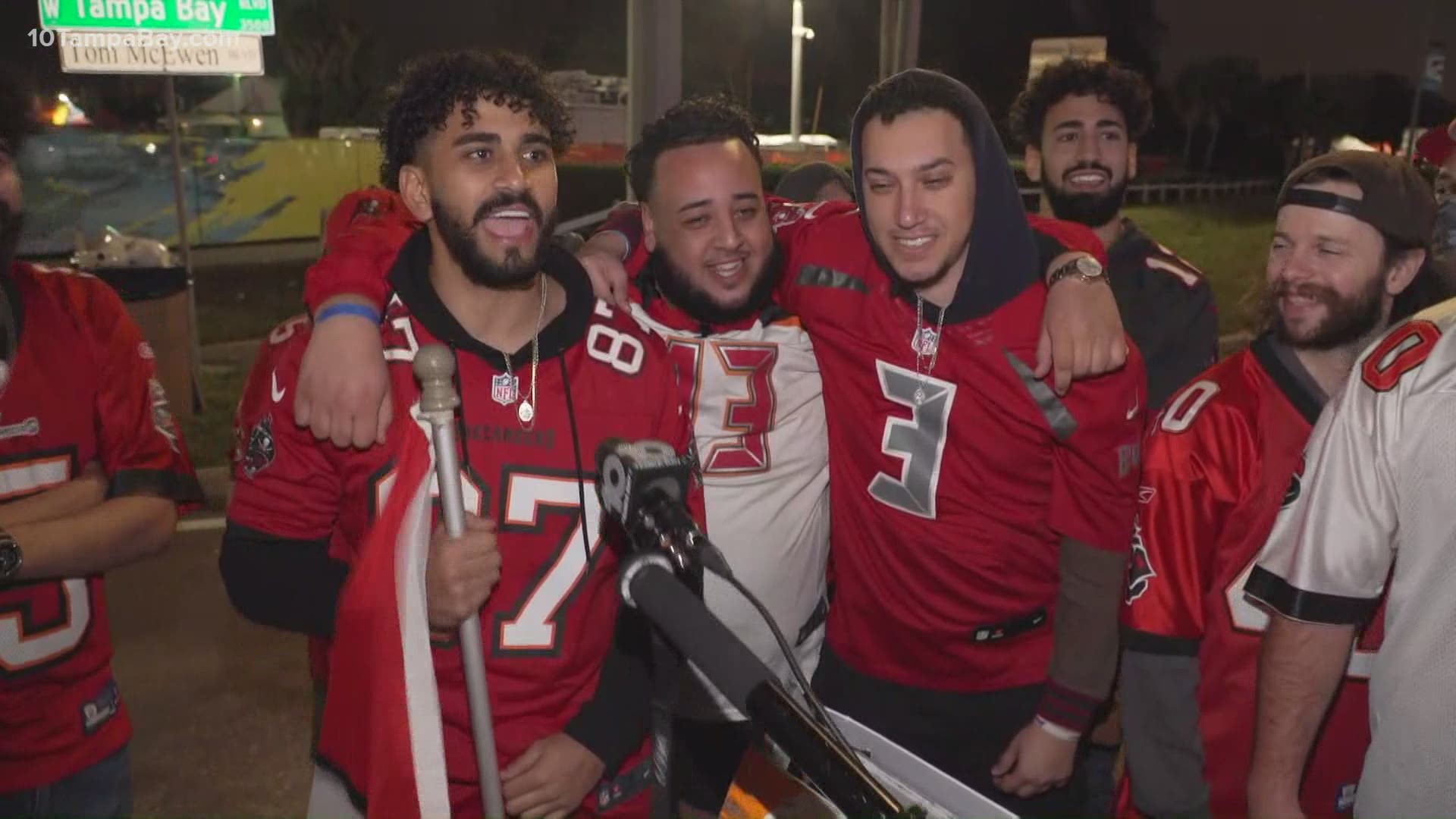 UPDATE #2 (Feb. 9, 2021): Despite the comments from Head Coach Bruce Arians, a Super Bowl victory parade is expected to happen after all. But, it will be on the water, sources say.

The city has not publicly commented on the anticipated boat parade, but Tampa Mayor Jane Castor has confirmed there will be some form of celebration.

The Bucs and Super Bowl MVP Tom Brady made history not only as the first team to play the big game at their home stadium but also the first to win at home.

"We are in the process of planning that. We can't have a historical event of this significance in our community and not celebrate," Castor said. "We will do it in a safe manner."

While at the podium, Castor said the majority of people she saw enjoying post-game festivities associated with the Super Bowl were abiding by the recently-extended mask mandate, which applies to outdoor areas near Raymond James Stadium, downtown Tampa and the city's entertainment district.

"I thank everyone who celebrated responsibly last night. I know the media can always find examples of bad behavior," Castor said. "But we had literally tens of thousands of people come out to share in the excitement of the Super Bowl win. And the majority of them did it very, very peacefully."

However, video and images from Sunday night showed many fans flaunting protocols in the Tampa Bay area, going maskless or not practicing social distancing. The images came on the heels of a Friday night Super Bowl event featuring DJ Steve Akoi, which Tampa police described as "disappointing," considering the risk of contracting COVID-19.

Castor acknowledged some people did not heed the advice of medical experts or follow city face-covering rules – but stood by the notion that most people she spotted were compliant.

“It is a little frustrating because we have worked so hard,” Castor said during an earlier Monday news conference with the Super Bowl Host Committee. “At this point in dealing with COVID-19, there is a level of frustration when you see that.”

Since the beginning of the pandemic, 1,353 people have died in Hillsborough County and 2,723 have been hospitalized, according to the latest data from the Florida Department of Health.

Local leaders said the situation inside Raymond James Stadium during the actual game was largely a success. About 200,000 face masks were handed out before the game, and fans could be seen wearing them during the CBS broadcast on 10 Tampa Bay.

The NFL capped attendance at below half the stadium's capacity, many of the attendees were vaccinated health care workers, and social distancing was encouraged throughout the event.

Outside the stadium, Castor has called for personal responsibility and asked fans to celebrate safely.

"We definitely have to celebrate this momentous occasion," she said Monday.

Hillsborough County Sheriff Chad Chronister said Sunday morning before the Super Bowl that his team was prepared for parade and celebration security following a Bucs win in Super Bowl LV.

"We can't wait," Chronister said. "The security plans are in place and we're already getting ready to plan for that big win and the victory parade that comes with it."

She also added, "Tom Brady - see you in my office on Monday to discuss 'Tompa' Bay."

When the Tampa Bay Lightning won the Stanley Cup, the city held a boat parade.

HISTORY MADE! Congratulations to the @Buccaneers on becoming the first team to play the #SuperBowl in their home stadium—and win it! It was an honor hosting #SBLV in Tampa. Thank you, @Chiefs for a great game!