Behind the scenes: How crews prepare the ice at Van Andel Arena

The first puck drops at the home of the Grand Rapids Griffins on October 15, which means it's crunch time for crews preparing the arena. 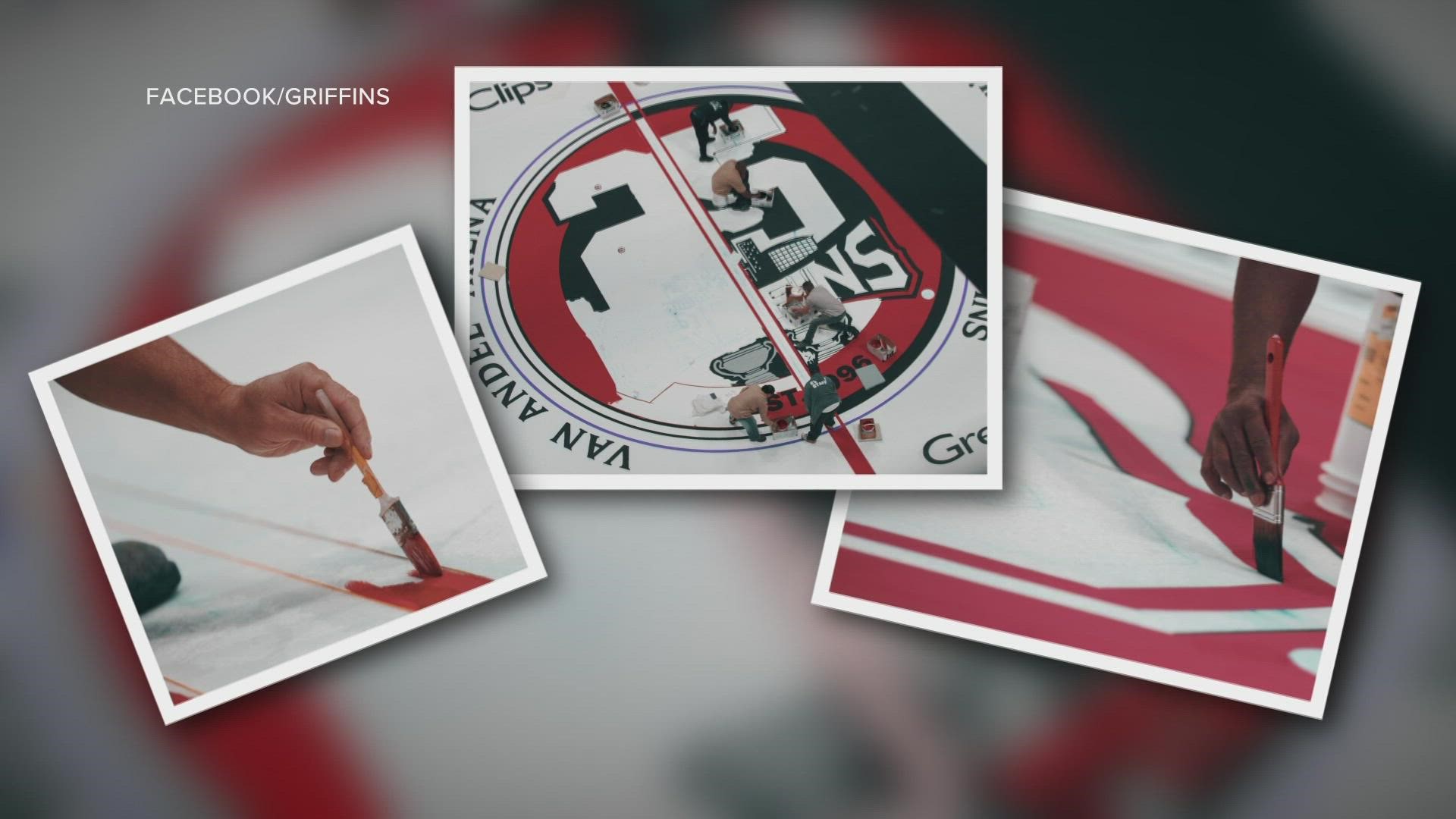 GRAND RAPIDS, Mich. — Outside Van Andel Arena, thousands of people have flocked to downtown Grand Rapids to see the beautiful installations and other works of art that are showcased during ArtPrize. But art is also happening inside the building.

The Griffins are celebrating their 25th year of hockey in Grand Rapids. They've got a special 25th anniversary logo sticker on the outside window of the arena and as of this week, they've got a logo at center ice to match.

"The logos are easy to put down, but we did a lot of painting," said Stafford Murray who works for Van Andel Arena.

"We did the painting this morning and we got it done pretty quick."

When Murray says it's easy, you have to remember he's worked for the arena since 2002. So for him and his co-workers, a lot of this is old hat, but to someone who's never seen the process in person before, it can be quite impressive.

After the painting is done, the crew uses a pump sprayer to put a thin layer of water over the artwork. Pipes under the rink cool the surface so that the thin layer of water freezes almost instantly and acts as a sealant before workers are ready to put down heavy water.

"We'll be doing this today and tomorrow. It probably takes two shifts to get the ice thick enough," Murray said.

"We got the hard part done already. This is the easy part, but it's time-consuming because you can't put down a lot of water at one time. You have to put a certain amount down and let it dry, and then start over."

Murray occasionally attends matinee games where he's able to enjoy some hockey, and the reactions of fans enjoying the experience that he and his co-workers had a part in creating.

"It feels pretty good. You know, I've been doing it for so long. It's just easy for me and the people who work with me. We know what we're doing." he said.

The Griffins home opener is October 15 against their rivals, the Rockford Ice Hogs. You can find ticket information and a schedule on their website. 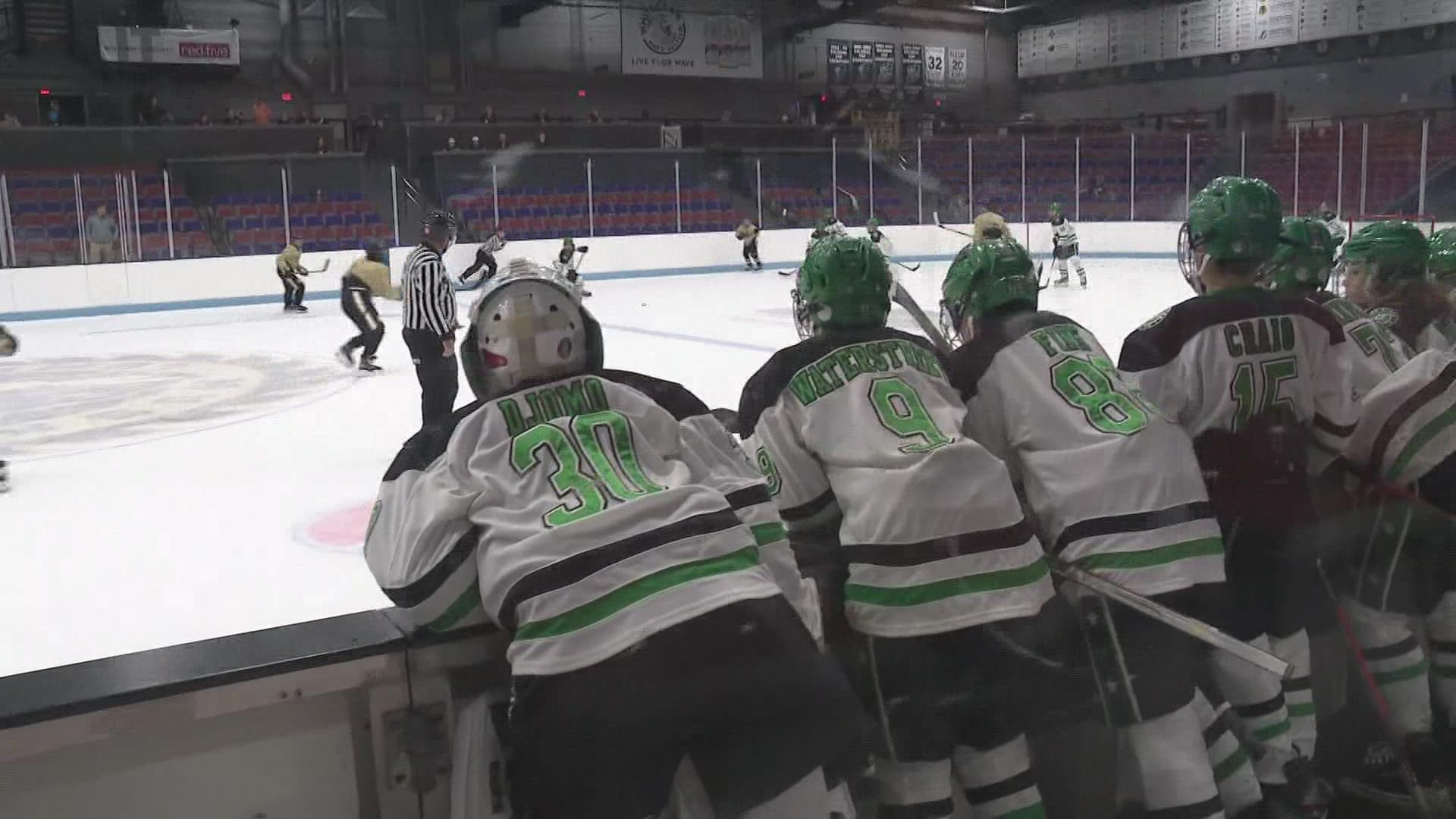 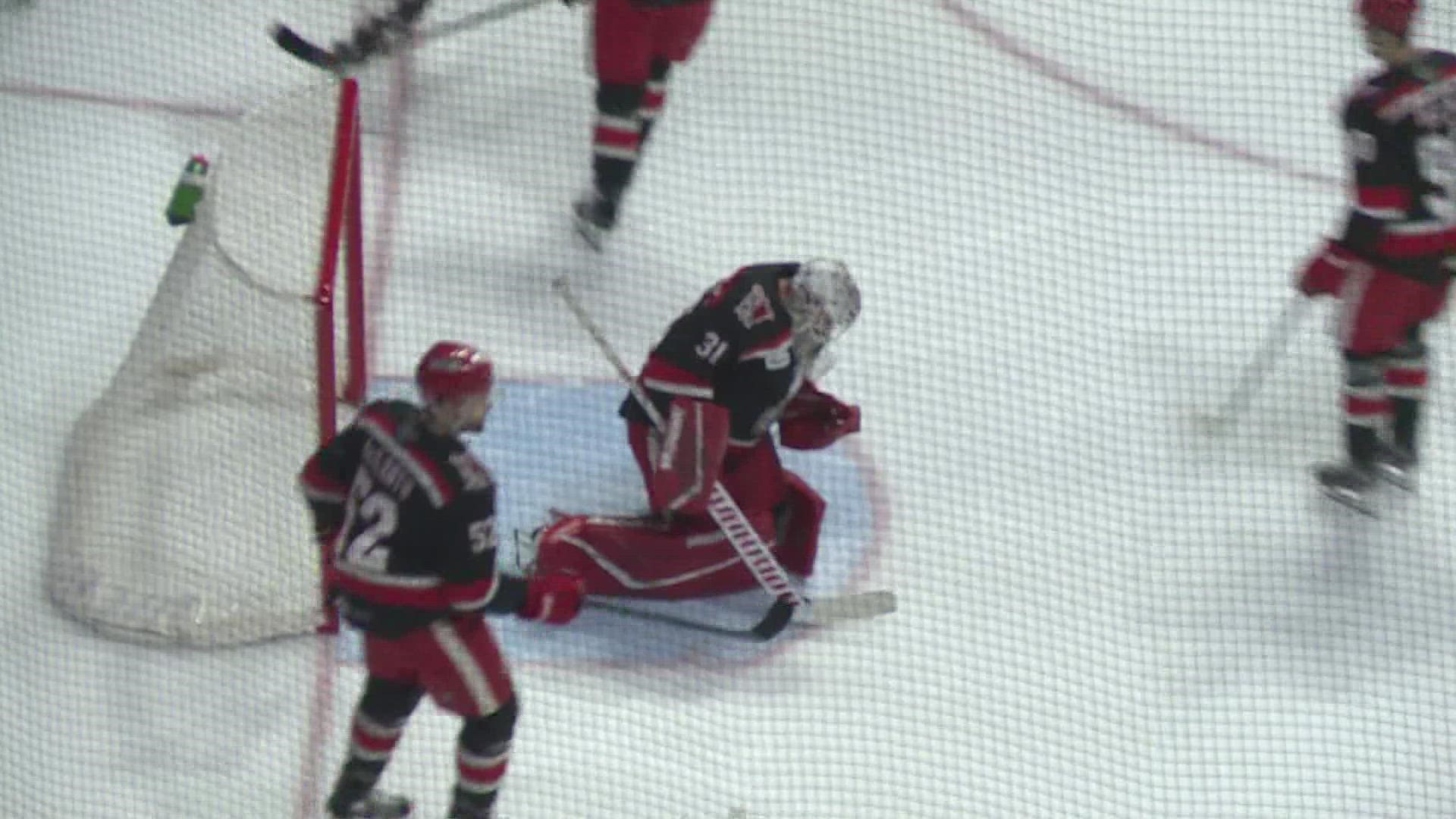