The Griffins fell to the Wolves in the final game of the series in Chicago. 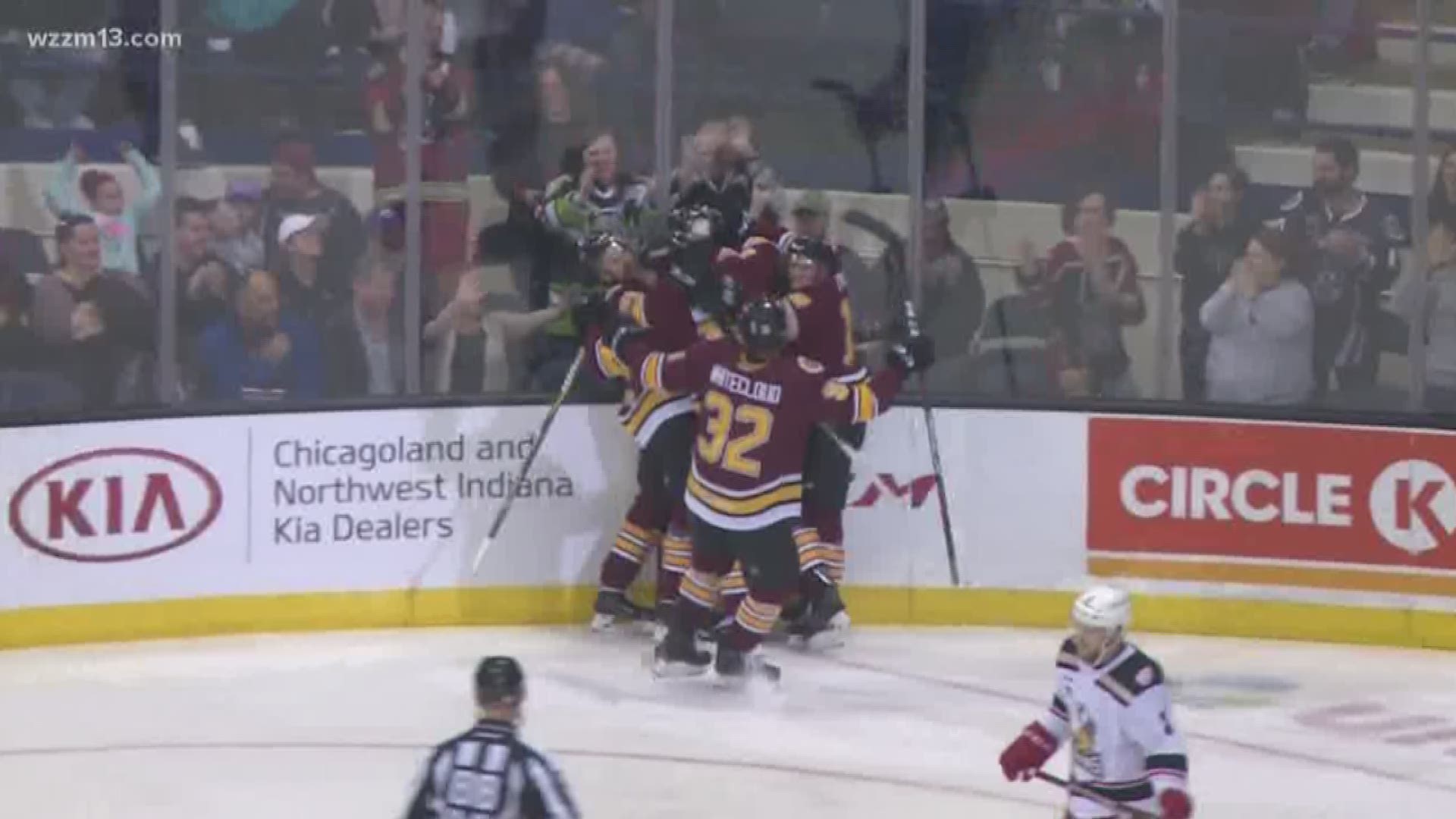 CHICAGO — Heading into Sunday's Game 5 of the Calder Cup playoffs, the Grand Rapids Griffins and the Chicago Wolves each had two wins under their belt in the series.

The Griffins have only played a winner-take-all Game 5 on the road once in franchise history—back in their inaugural season in 1997.

With both teams facing elimination from the playoffs, they put up a fight. However, it was a disappointing loss for the Griffins, who fell to the Wolves 4-2.

In the first period, Griffins' Turner Elson slid the puck over to Chris Terry who couldn't handle it cleanly. But Vili Saarijarvi was there for his first career AHL playoff goal, in just his second career playoff game and first with the Griffins.

The Griffins led 1-0 after one period, but the second period was all Chicago. Cody Glass played keep away before firing through a crowd and finding the back of the net, tying the game 1-1.

Still in the period, Chicago's Keegan Kolesar is right at the net for a quick shot and the goal. The Wolves scored one more during the third, giving them a solid 3-1 lead at the end of the second period.

With the pressure on in the third, the Griffins tried to secure a win. But the Wolves managed to widen their lead even more, when Kolesar scored again putting Grand Rapids behind with 4-1.

The Griffins put up a fight, and with 30 seconds left in the game, Colin Campbell secured the final goal of the season, for a final score of 4-2.