Grand Rapids is putting its nine game losing streak behind them as playoffs arrive. 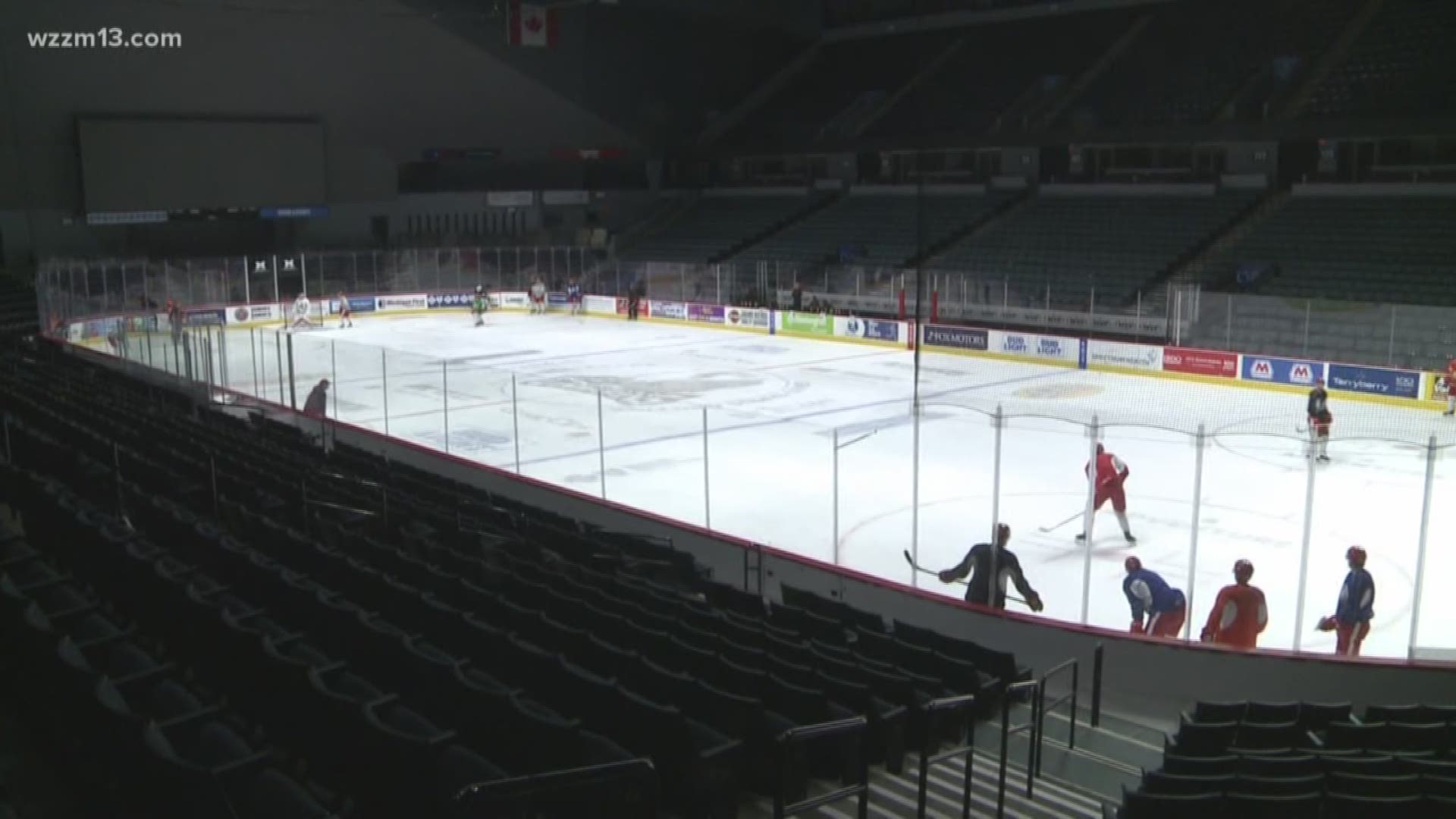 Despite entering the playoffs on a nine game losing streak, Griffins head coach Ben Simon says he is not giving up on his team. Over the course of the past season, he has seen them play some phenomenal hockey and he believes they are capable of doing that again

The Griffins went back to basics Tuesday with a hard practice at Van Andel Arena. In a lot of ways, it was exactly what the team needed as they prepared for their opening round best of five series with Chicago.

"Well, it felt good," admitted defenseman Brian Lashoff.  "I mean you get a couple days away from the rink to kind of digest that last couple weeks and refresh your mind. (It was) a good practice, a good physical practice that kind of reset ourselves and have some energy going into this weekend.

The Griffins know they're going to need to be at their best Friday night against the Wolves. After all, this is a team that beat them in 5 of this past season's 8 meetings.

"I think special teams is always huge in the playoffs," said Lashoff. "It can dictate a lot of games and sway momentum in the series. We have to do a good job of dialing that in going into this weekend and making sure we're prepared."

It figures to be a tough challenge ahead for the Griffins, which is why Simon is keeping his cards close to his chest. He would not name a starting goal tender to the media Tuesday, saying instead that would be revealed Friday.