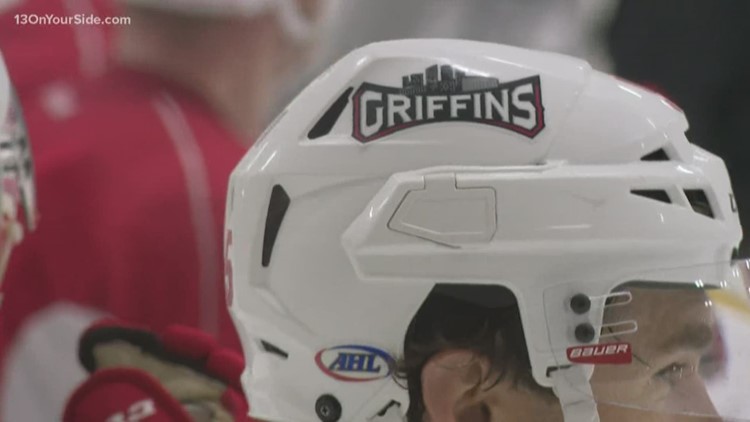 GRAND RAPIDS, Mich. - The Grand Rapids Griffins — like the Detroit Red Wings — started the 2019-20 season with a win on the road.

The Griffins beat the Chicago Wolves, 8-5, in Chicago Saturday night. It was just the second time in franchise history the Griffins have scored eight goals in a season opener.

Leading the way for the Griffins was Matthew Ford, who had two goals, two assists and four points. Seven other Griffins had a multi-point game.

Forward Evgeny Svechnikov scored first for the Griffins, but the Wolves tied the game up less than two minutes later. However, Ford potted a power play goal midway through the first period and made it 2-1.

Later in the first period, Michael Rasmussen — who played 62 games with the Red Wings last season — converted on the power play to make it 3-1.

The Wolves were able to score early in the second period, but Chris Terry's goal made it a two-goal game. The Wolves scored again, but defenseman Oliwer Kaski, making his North American debut, scored to put the Griffins up, 5-3.

Right after, Ryan Kuffner found the back of the net for the Griffins to make it 6-3. The Wolves eventually worked their way back to narrow the game to 6-5, but Givani Smith scored to keep the Griffins ahead, 7-5.

Ford added a shorthanded, empty-net goal to secure the 8-5 victory.

Goaltender Calvin Pickard stopped 35 of 40 shots and picked up the win.

Moritz Seider, the Red Wings 2019 first-round draft pick, had an assist and was plus-three with one shot on goal. Filip Zadina, a 2018 first-round pick, didn't register a point and had two shots on net.

The Griffins will host the Milwaukee Admirals in their home opener at 7 p.m. on Friday, Oct. 11 at Van Andel Arena.