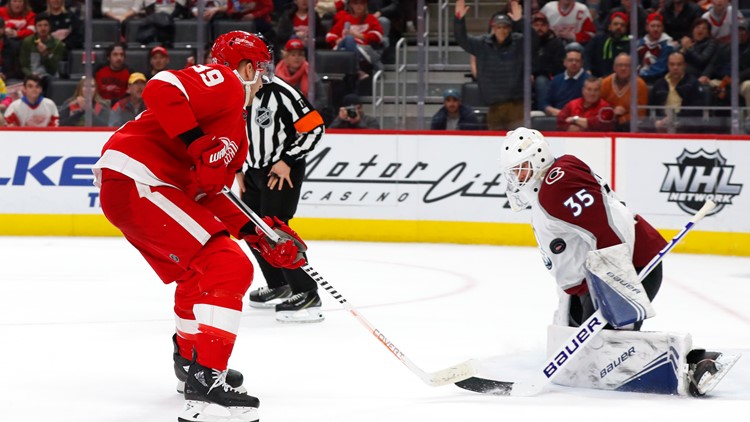 DETROIT — Gabriel Landeskog withstood a crunching hit while making a pass that sprung Logan O'Connor for a breakaway goal in the second period, and the Colorado Avalanche beat the Detroit Red Wings 2-1 for their seventh straight victory.

Vladislav Namestnikov also scored for the Avalanche, who extended a franchise record with their ninth consecutive road win.

Anthony Mantha had the only goal for Detroit.

With the score tied at 1, Landeskog was just inside his own blue line when he took a hit from Detroit's Robby Fabbri. As he was clocked, Landeskog released a pass up the ice to O'Connor, who went in and beat goalie Jonathan Bernier.