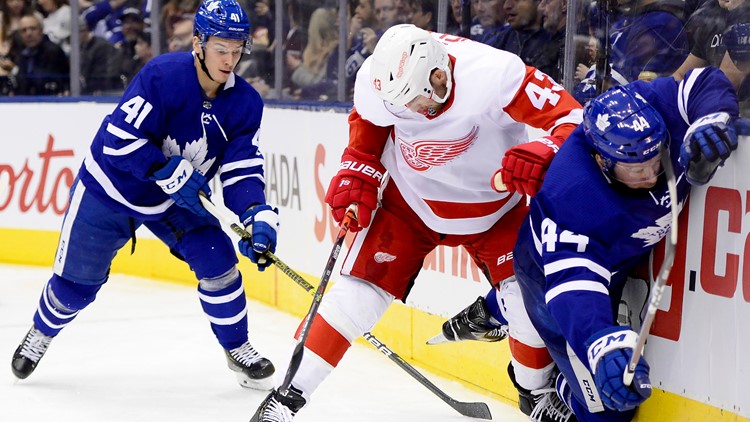 TORONTO — Michael Hutchinson made 29 saves in his first win of the season and the Toronto Maple Leafs beat the Detroit Red Wings 4-1 for their fourth straight victory overall and first with a No. 2 goaltender.

Zach Hyman and Auston Matthews each had two goals and an assist for the Maple Leafs.

Tyler Bertuzzi scored for the Red Wings, who have lost 15 of 17.