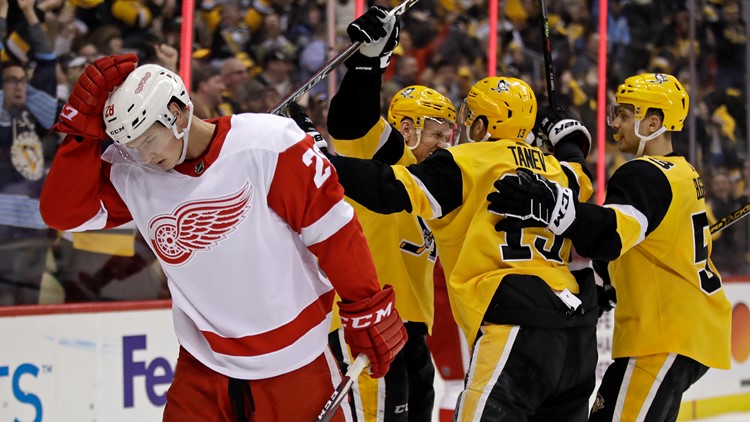 PITTSBURGH — Patric Hornqvist had two goals and an assist and the Pittsburgh Penguins defeated the Detroit Red Wings 5-1.

Sidney Crosby scored his 11th of the season, Kris Letang added his 14th on the power play and Sam Lafferty also scored for Pittsburgh, which moved within one point of first-place Washington in the Metropolitan Division.