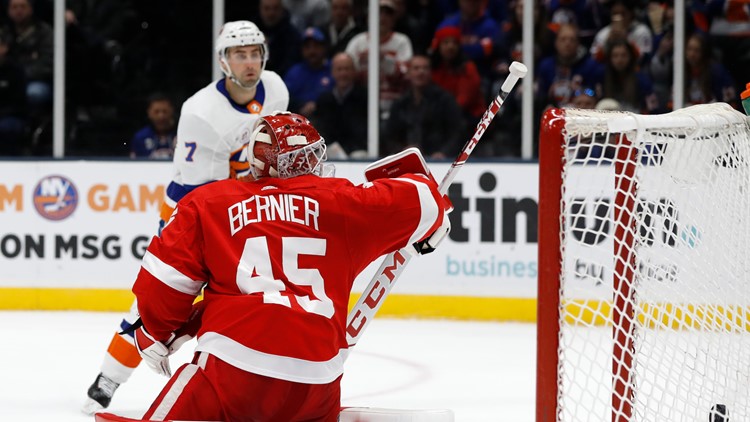 UNIONDALE, N.Y. — Jordan Eberle had a hat trick and the New York Islanders beat the Detroit Red Wings 4-1 to snap a four-game skid.

It was the third three-goal game of Eberle's career and his first since April 9, 2017, when he was with the Edmonton Oilers.

Leo Komarov added a late empty-netter for the Islanders.

Semyon Varlamov stopped 21 shots. Anthony Mantha scored for Detroit, which became the first team this season to be eliminated from playoff contention.

The Islanders retired John Tonelli's No. 27 before the game.