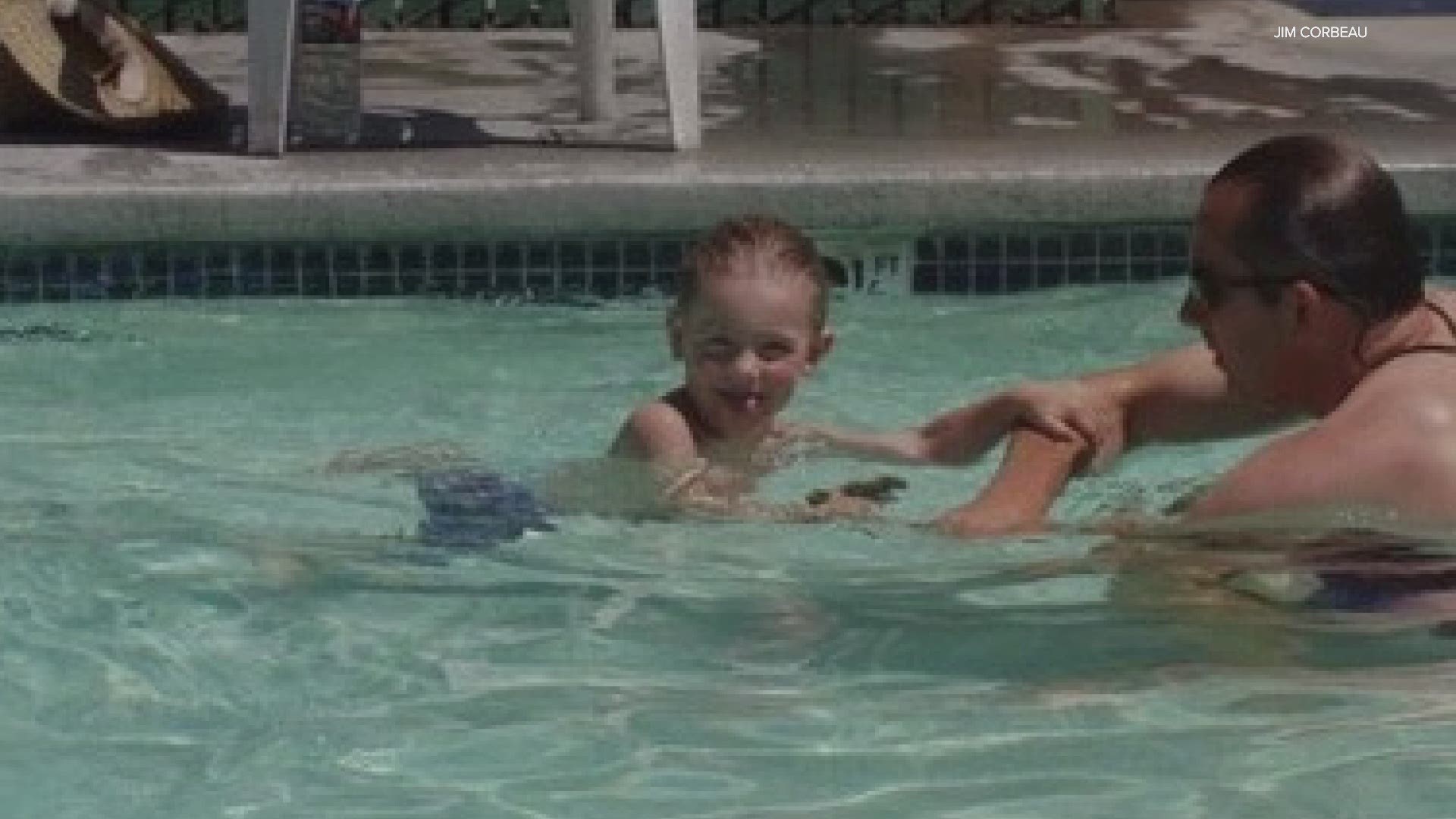 PORTLAND, Ore. — A Portland swimmer will be among the hundreds of the world's most elite athletes competing for a chance at winning a medal.

His swimming career began at very young age. By the time he was 8, he says he started to swim competitively, but wasn't exactly enjoying it until his dad pushed him to give it a chance.

"Ever since then, I just put my head down at 8 years old. That's a hard thing to do as a kid and focus and get in gear. The next year when I was 9 years old, I started having a little success and it took off from there," Corbeau said.

He says he focused every year on getting faster and shaving off time from each lap.

From 2010 to 2019 he swam for the Tualatin Hills Swim Club, attended Sunset High School and graduated in 2019. Corbeau attends and swims at the University of Texas. He'll be a junior in the fall and plans on studying Exercise Science to pursue a career in physical therapy.

"I never thought I'd get here, but watching the Olympics games on my parents' tv or grandparents' tv from 2008 onward, I was blown away that I was able to make it now," Corbeau said.

Portland native Caspar Corbeau, a former Sunset HS grad will compete for gold at the summer Olympics in Tokyo for Team Netherlands. He holds dual citizenship through his dad's side of the family.

Great guy to talk with today and hope he's successful in Tokyo! pic.twitter.com/nEuwflONKX

In 2016, Corbeau didn't have a fast enough time to qualify for the Summer Olympics in Rio. His dad suggested he try out for The Netherlands national team. Corbeau holds dual citizenship in the United States and The Netherlands through his dad's side of the family.

In 2017, he started to compete in international tournaments.

"I swam 2017 at the European Youth Olympic Festival, won a gold medal at the 200 breast and a silver at the 100 breast. That was my junior international debut."

Corbeau's path to the Olympics was looking hopeful, but during a European Championship meet to qualify for the 2021 Summer Olympics, he wasn't fast enough.

His coach appealed but told Corbeau not to hold his breath. Then a few days later, Corbeau got the phone call he was hoping for.

"They said they've accepted you, I was like in disbelief," Corbeau said. "It didn't really hit me because it's just.... I was in total disbelief, I didn't know what to expect."

This summer, Corbeau will pursue his Olympic dreams for The Netherlands swimming the 100 and 200 meter breast strokes.

He can proudly say, he's an Olympian.

"I never thought I'd be able to say that, but very happy I can. Very grateful for everyone supporting me, all my experiences. Couldn't of done it without 98% of the people I've met in my life."

He'll spend the last remaining weeks training at the University of Texas in Austin until flying out to meet up with his team in Tokyo in July.