Rules of the Game: Skateboarding

Skateboarding is one of the new sports joining the Olympics in Tokyo. 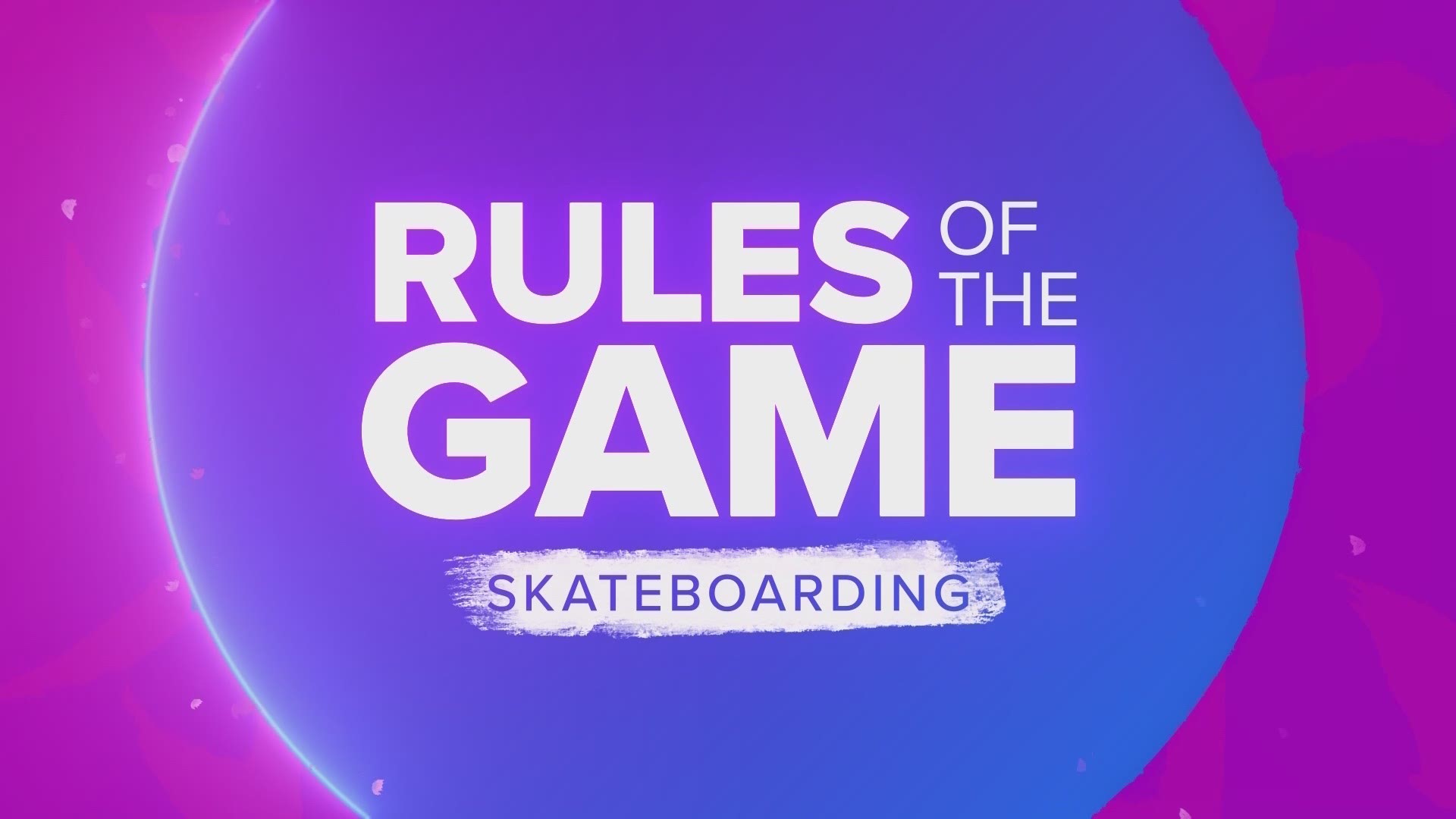 Skateboarding makes its debut at the 2020 Olympics in Tokyo, one of five new sports at the games. Like most of the others, it's another sign of the Olympics introducing urban sports.

Skateboarding will have two disciplines each for the men and the women: street and park.

Skateboarders compete on a course that is meant to mimic what you would see on the street -- stairs, curbs, walls, benches, slopes and handrails. Each competitor uses these to show off their best tricks to get the best score they can from the judges. Things like speed, height, originality, and execution and composition of moves will all play a part in scoring.

Twenty skaters perform two runs and five “tricks.” Each of these are scored by five judges on a scale of zero-to-10. The highest and lowest scores of each run or trick are thrown out. The remaining scores are averaged together to determine a final score. In the preliminary round, each skater gets two 45-second runs and five trick attempts. Eight will advance to the final and perform another two runs and five tricks to determine the champion. Scores from the preliminary round do not carry over.

Think of the hollowed out bowls you see at your local skate park. This is like that, but the bowls tend to be a little more interesting with some walls going totally vertical. Skaters will be judged based on the quality of their tricks as well as the height they achieve climbing the curves.

Twenty skaters will perform three 45-second preliminary runs to determine which eight will advance to the final. The skater’s best run score will determine who makes it. Those finalists again have three 45-second runs, with their best run again determining their final placement. Scores from the preliminary round do not carry over to the finals. There are five judges who will each score on a zero-to-100-point scale. The highest and lowest of the five judges’ scores are thrown out and the average of the middle three scores determine the final score for each run.