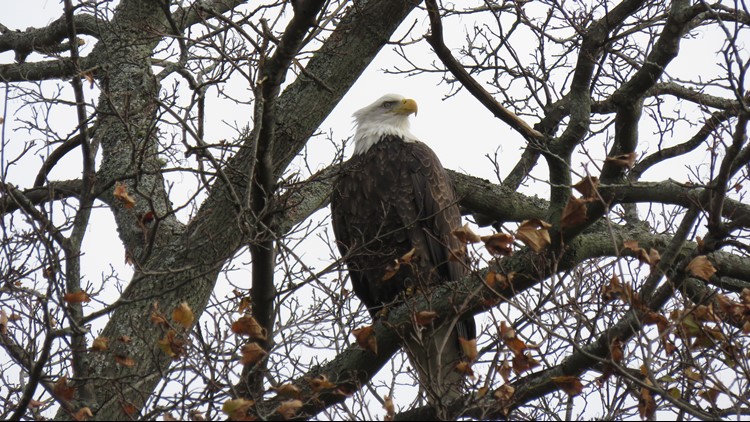 PORTLAND, Maine — A nearly 36-year-old bald eagle in Maine, the oldest ever documented in the state, has died after suffering a broken leg.

The eagle, found injured in April 2017, had been banded shortly after hatching on June 21, 1983, on Grand Manan Island in Canada.

She was at the Avian Haven bird sanctuary in Freedom. Executive director Diane Winn posted on Facebook Sunday the eagle was found on the ground Friday, with her left leg badly broken. Her right leg was previously injured and she had come to rely on the left leg.

Winn wrote veterinarians agreed that "we should relieve her of her suffering."

An eagle believed to be the oldest banded bald eagle in U.S. history was found dead at age 38 in upstate New York in 2015.