The redshirt junior receiver plans to be a much more vocal leader in 2021. 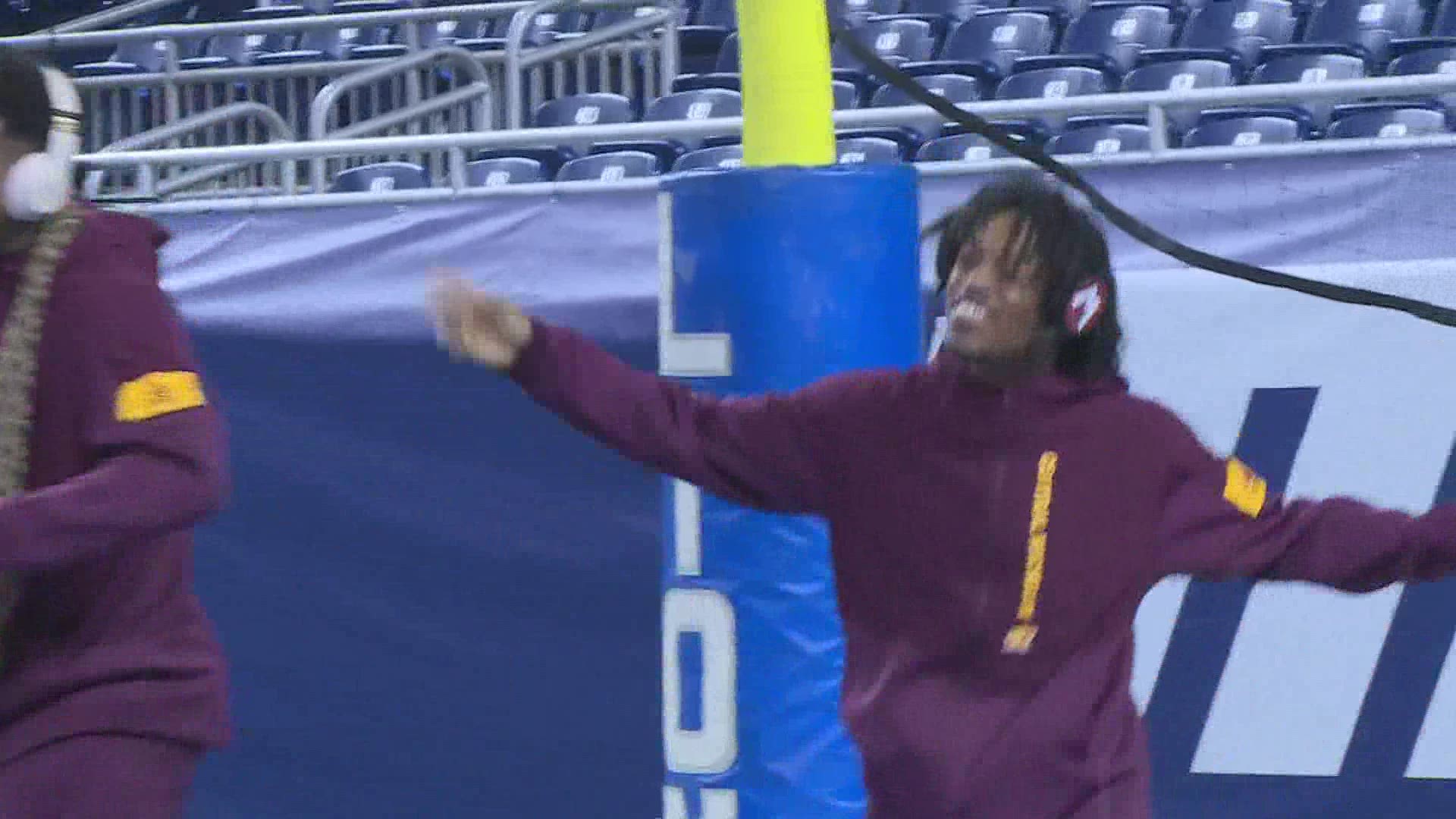 GRAND RAPIDS, Mich. — Kalil Pimpleton has always been electric with a football in his hands, but as he grows older, his vision has changed to see the bigger picture in all things.

“I don’t think I want it to go any other way," said the Central Michigan receiver.

Pimpleton made a name for himself out of Muskegon high school as a tough quarterback who could lead his team by doing whatever was necessary to succeed. He says you learn quickly in Muskegon that being relentless is the only way.

"You know that means a lot."

Now as he enters his fifth season as a collegiate football player, the redshirt junior is learning to lead in a different way than he has before.

"I just want to be more vocal. Maybe one of the hardest parts about being a leader is being vocal."

As a two-time All Mid-American Conference selection, Pimpleton has a lot to offer younger players. He has decided to use his voice more, and share the knowledge he’s gained-- from his time at Virginia Tech, to playing for multiple coaching staff's in Mount Pleasant.

“It’s definitely been a journey. I’ve just taken every lesson that I’ve learned in my past throughout this journey and it’s gotten me to the place I am today. I’m just going to keep learning, keep pushing and pulling everybody along with me.”

There remains one constant for the former 13 On Your Sidelines two-time MVP finalist: No matter what, things always seem to come back to his hometown. The many lessons that he and Chippewa teammate JaCorey Sullivan learned with the Big Reds fuel him still.

“You know the season that I did get here we went 1 and 11. I wasn’t playing that season but I knew that wasn’t the Chippewa way. With JaCorey playing that season and JaCorey being there, we had to flip a switch in everybody else's mind like ‘this not what we're used to, so let’s get this thing on the right track and lets do it.'"

"Coach Mac fell right into it with me and JaCorey so we’re bringing everybody else along. It worked out perfectly."

As CMU head coach Jim McElwain enters his third year in charge of the program, he knows how vital Pimpleton is to the Chippewas.

"I LOVE having KP on this football team," said McElwain. "He's a guy who's smile is infectious. Look, I make him come up to my office to make sure that I'm doing okay. Because I know I can always feed off his energy and he's a true leader and a guy that really cares about Central Michigan and the Chippewas."

After leading the MAC in both receptions and receiving yards in 2019, and leading CMU in both categories in 2020, Pimpleton has already proven his worth on the field. But it's not how he thought it would go when he graduating from Muskegon in 2016.