He died overnight, according to a Spectrum Health official. 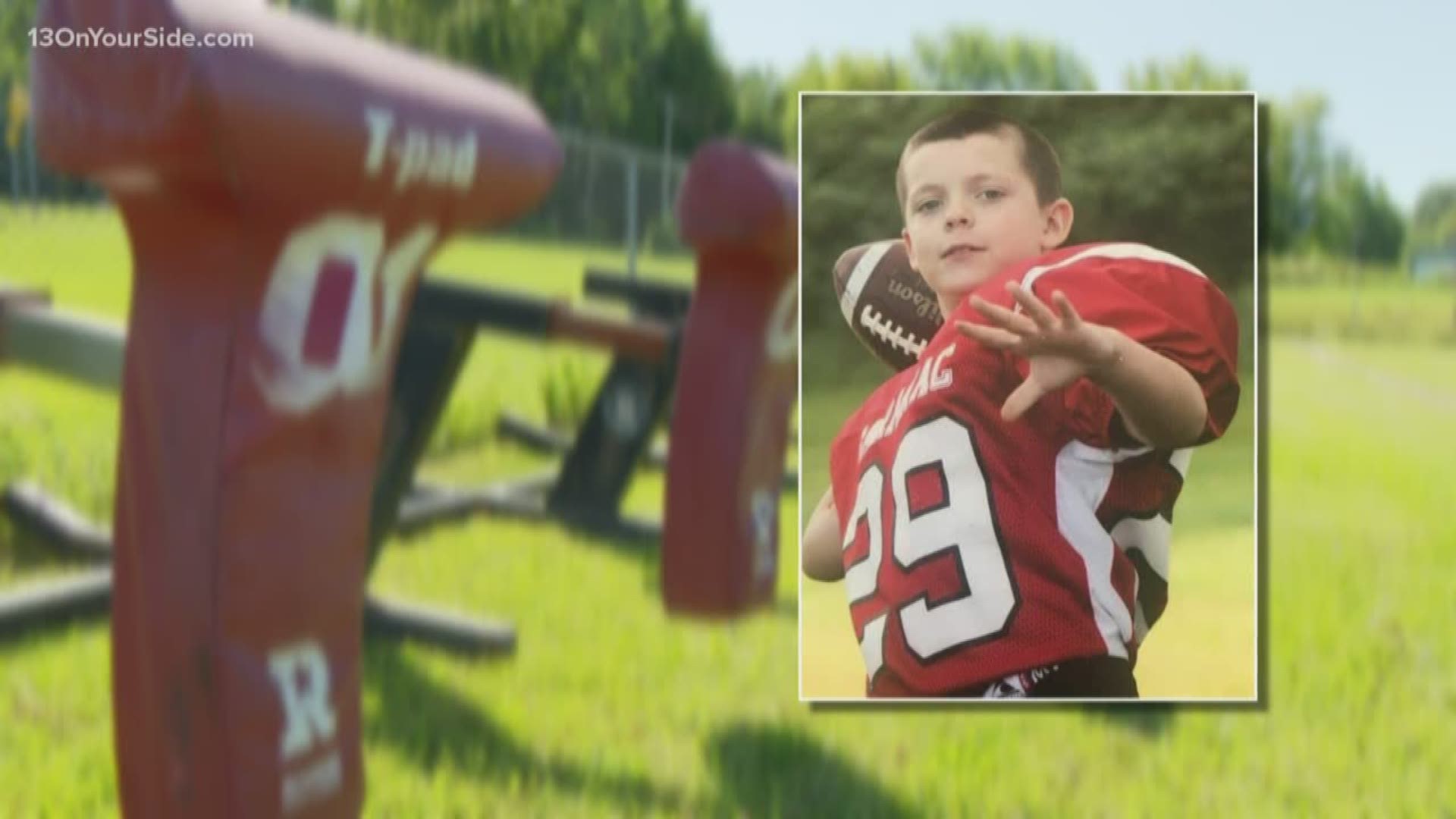 SARANAC, Mich. — A 12-year-old football player has died after collapsing during a non-contact football drill Wednesday.

According to Saranac Community Schools, Skylar Lasby, who had just started 7th grade, required medical attention after collapsing and was airlifted to Helen Devos Children's Hospital for treatment. Spectrum Health officials confirmed the boy later died. The cause of Lasby's death has not yet been released.

There were a dozen or so counselors on site at Saranac schools Thursday to help students and teachers process the news.

"We needed a lot of resources because we have such a popular, outgoing and wonderful young man," said Saranac Community Schools Superintendent Jason Smith.

Lasby had been playing for a community youth league, but he had made friends with many members of the high school football teams. Saranac Varsity Head Coach Andy Lytle said he held a team meeting to determine if the teams would play in their first games of the season Thursday night.

"After speaking about Skylar and how much he loved football, and the message that his family sent out," Lytle said, of the message from Skylar's family that encouraged the teams to play in his honor. "I think that really hit home for [the teams] and they said they wanted to do this. Let's go do this for Skylar and his family."

A moment of silence was held prior to the start of their double header against Beal City, and the players wore #2 stickers on their helmets as a tribute to Skylar's football number.

With a heavy heart Saranac Community Schools is mourning the loss of one of our very own 7th graders. The student passed away late last night at the hospital, after a medical emergency during the Saranac Community Youth Football practice. Supports are available at the school from local counseling agencies and school districts. Supports will be in place district-wide for as long as needed. Most importantly, please keep the family in your thoughts as they work through this difficult time. Please also keep our students, staff, and community in your thoughts as well.

A GoFundMe page has been set up to help the family with expenses.