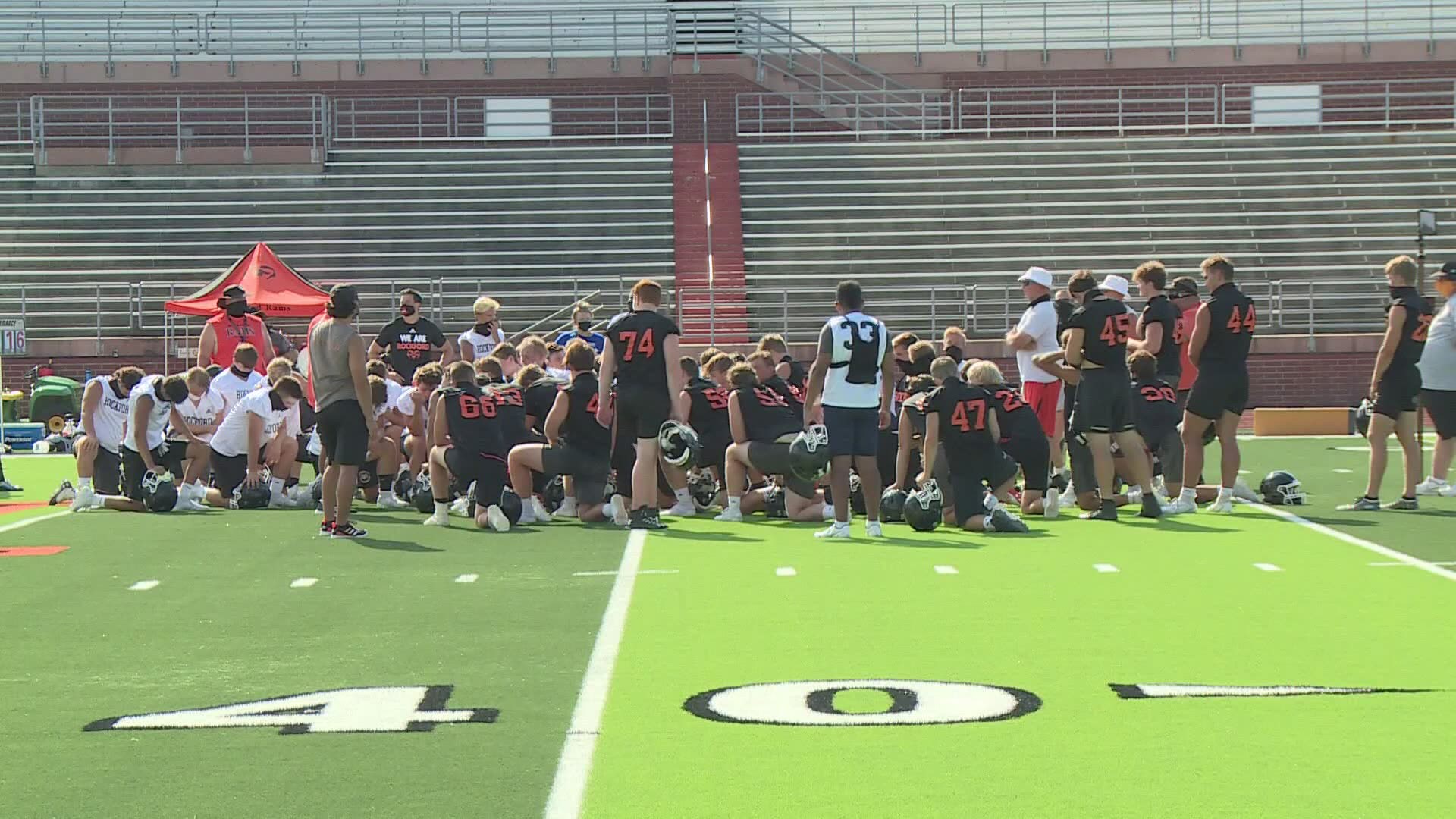 GRAND RAPIDS, Mich — Despite Saturday's announcement from Rockford that it's shutting down in-person classes for two weeks, most of the the school's athletic programs will not be affected and most of the games will go on as scheduled.

However, 13 ON YOUR SIDE learned there has been another positive case for the varsity football team and for the second week in a row, they're forced out of action.

Athletic Director Cole Andrews confirmed a second player had tested positive for COVID-19 Thursday, causing the Rams to bow out of next Friday's game at East Kentwood. Last night they were supposed to play Mona Shores.

As of now, Rockford will be back in action on Oct. 23 against Grandville. Unless there's an MHSAA exemption, it's crucial they get this game in because only teams that have played four games this season can make it to the playoffs.

As of now, they are undefeated in three games. 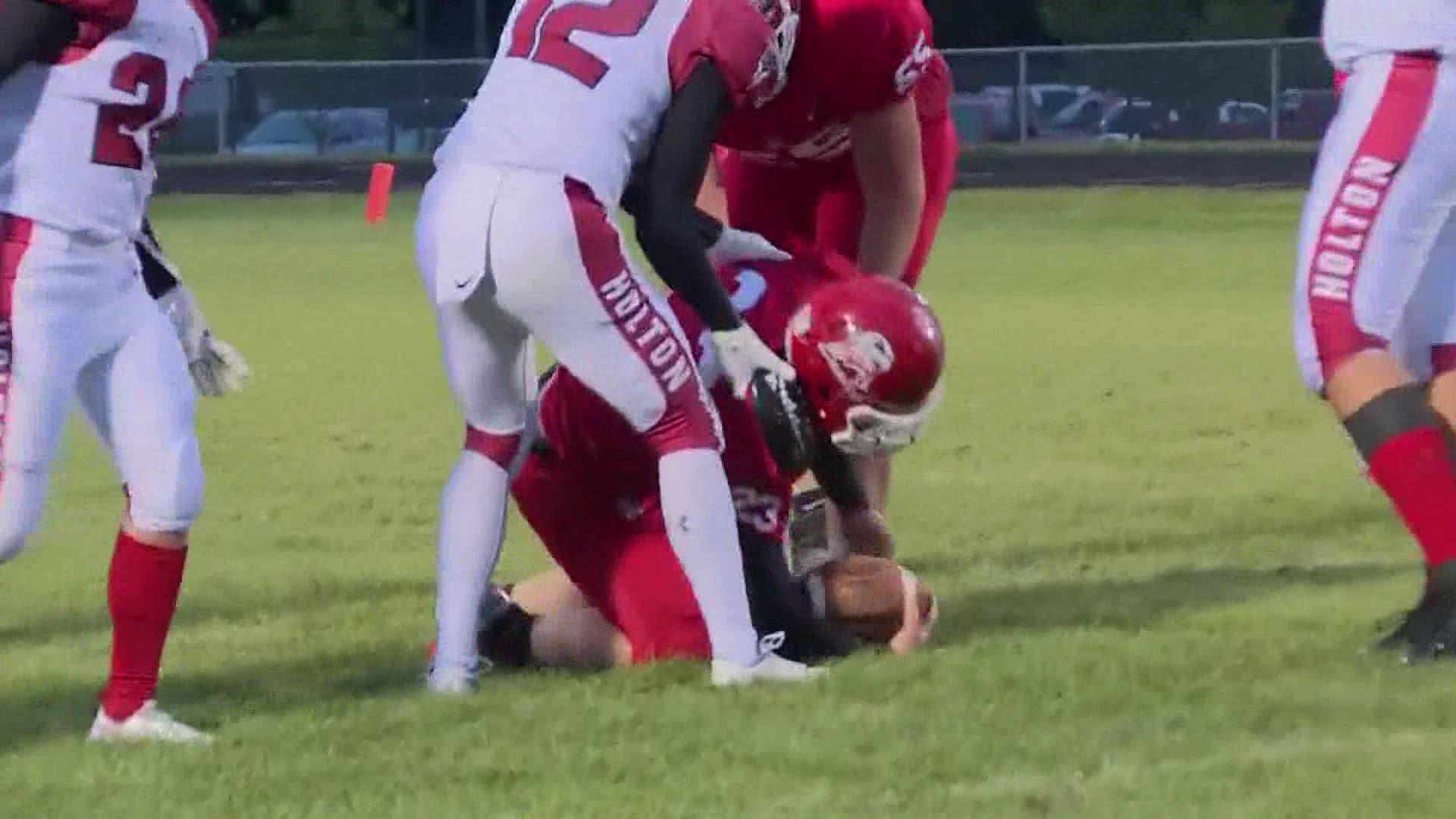