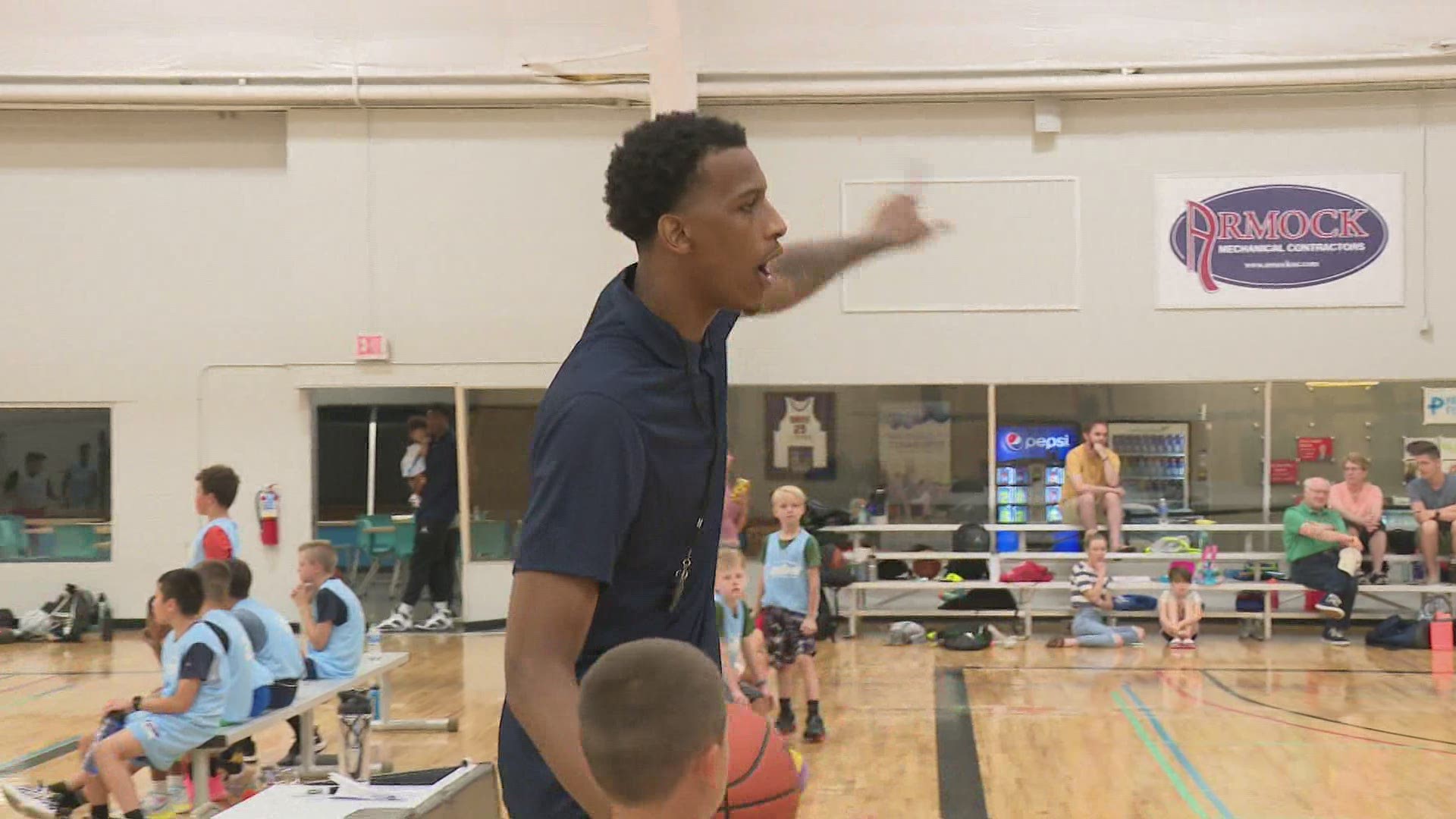 GRAND RAPIDS, Mich. — When it comes to youth basketball camps, Xavier Tillman Sr. knows first hand how impactful they can be for kids from Grand Rapids.

"My mom played at the University of Michigan and obviously has a basketball pedigree and background," said Tillman Sr. "She had me in all these camps coming up: Sugar Mel's camp, Thomas Kelly's camp, coach Ken George's camp, Kyle Visser's camp. I went to a LOT of camps coming up."

Tillman Sr. knew though that if he ever got the chance, that he would want to put on his own camp, following the mold of all his favorite ones as a child.

On Monday he launched the inaugural Tillman Elite Basketball Camp, a four-day program at MSA Woodland for kids ranging from 4th grade to seniors in high school. The Memphis Grizzlies forward says this was always the plan.

"I fell like it was only right once I became a professional to give back to the community and not just give them a chance to play against each other, but get a chance to meet me, see me, and know that I'm not just this figure that you can't reach."

Tillman Sr. has always been considered mature for his age. Though only 22-years old he says there's still a lot to learn about running a camp.

"Sometimes I don't really realize that it's my camp," he says through a huge smile. "It'll be quiet and everybody will look at me and I'll realize 'Oh, I'm the one who's supposed to say something!' I'm just enjoying it. Enjoying the moment with all the kids, laughing with them. It's great."

"I look at (Tillman) as a mentor and a big brother in a way," says Hall. "I continue to learn so much from him. He does a lot for his community and his family. It's nice having someone to help guide you in the right direction."

For Bingham Jr., who is also a Grand Rapids native, the chance to use basketball to give back to his community was one he's waited a long time for.

"It's a lot of young kids that are coming up in Grand Rapids, where I'm from and where X is from, and they're just looking at us as role models. Just setting an example for them with stuff like this, it's the first thing I did."

Now that his rookie season in the NBA is over, the 35th overall pick of the 2020 draft says he wants to continue to find key ways to give back to his community.

"The main thing you want to do is give back to your home however you can. Whether it's financially, running a camp, or just coming down and spending some time with them. That's the biggest thing that I feel you can do. I'm glad that I was able to put this together for them."