High school players, members of the GRPD & GRFD, as well as Chicago Bulls head coach Jim Boylen came out for the first "Unity in the Community." 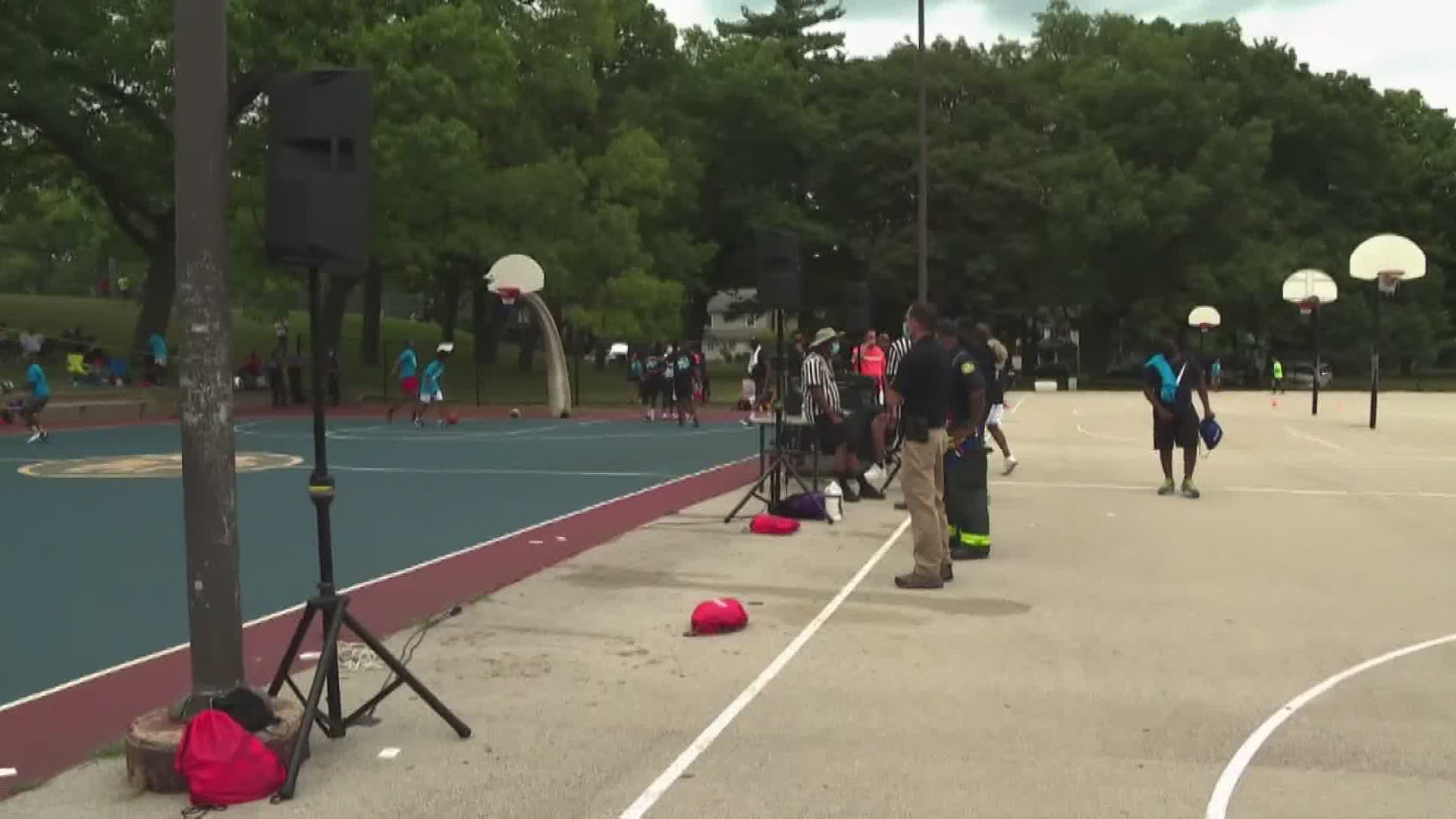 “The relationship wasn’t great, no," Hatchett said. “Nor was there a lot of unity.”

Michael ‘Pops’ Sims knew the soon to be Forest Hills Central senior was one of many teenagers who felt this way. Having lived in Grand Rapids his whole life, Sims knew the community had a problem. So he got to work.

“I immediately called the police department,” the former ’80s Grand Rapids Union star said. “I talked to (Grand Rapids Police) Chief (Eric) Payne. I called the fire department. I said, 'I want you guys to come on board.'”

It turns out, both departments were game and soon it was 'game on' for the first ever "Unity in the Community."

Due to the pandemic, the event was limited to 50 basketball players ranging from freshman to seniors in high school. Joining them at Martin Luther King Junior Park Wednesday were members of the Grand Rapids fire and police departments as well as a special appearance from Chicago Bulls head coach and East Grand Rapids native Jim Boylen.

“Michael Sims and I played each other growing up,” recalled Boylen, who actually learned the game from pickup basketball games at Martin Luther King Junior Park. “He called me about this event and there was no way I was turning it down.”

Much of the focus centered on basketball but there were also plenty of life lessons discussed as well as a lot of interaction between the teens and public officials. There was no way every problem could be fixed but Hatchett believes it’s a start.

“We fear what we don’t know and that creates hatred and other things so we’re just trying to eliminate that factor,” he explained.

Event organizers hope to bring back the event next year, and for many more years to come.