Cousins' phone buzzed. It was his agent, texting him that the White House had called with a number for the QB to dial. 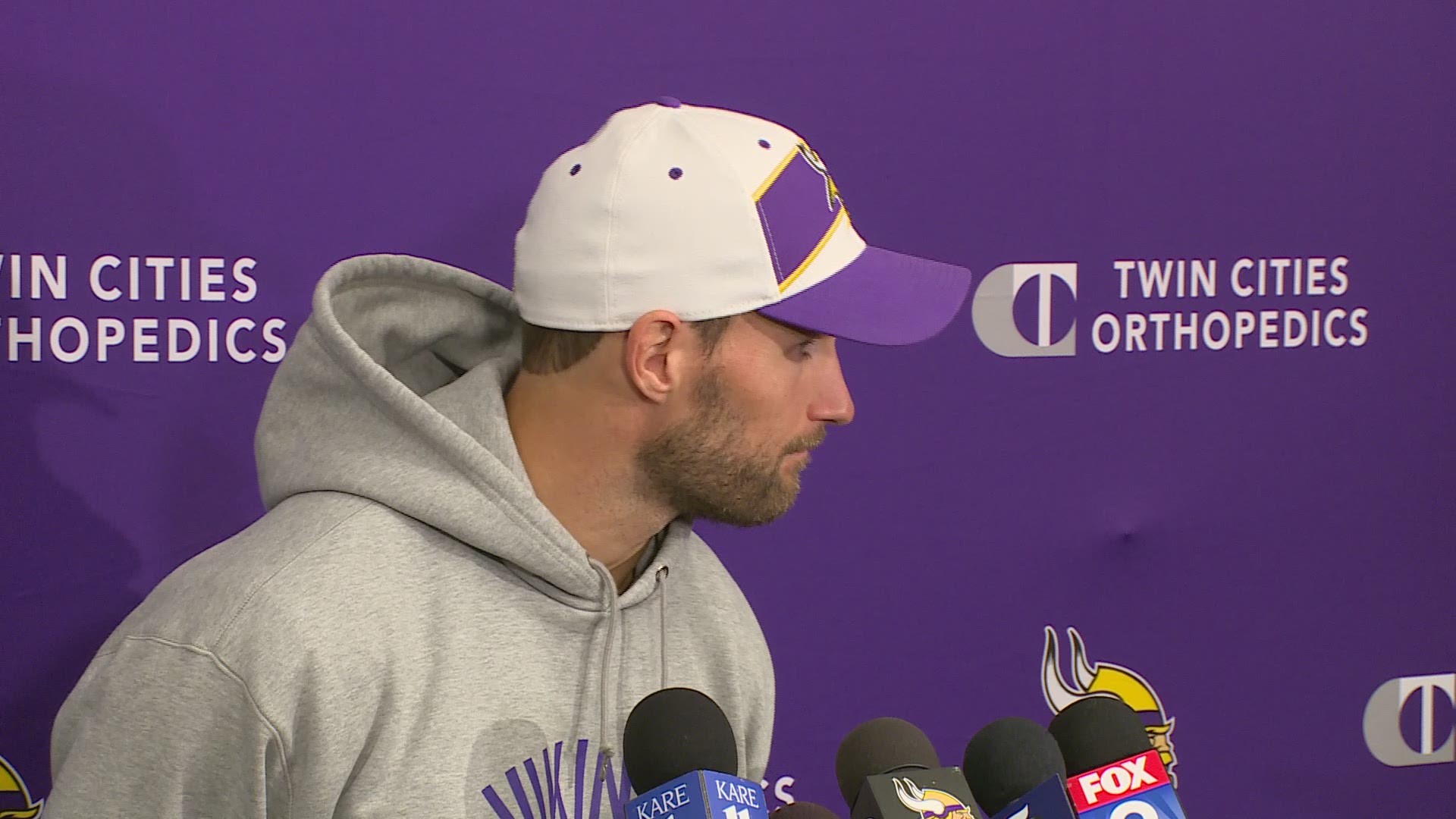 His team reeling from a beat-down by the Bears and Cousins feeling the weight of the club's offensive failures, the Purple took the field against the resurgent New York Giants and walked away with an important 28-10 victory.

Then Cousins' phone buzzed. It was his agent, texting him that the White House had called with a number for Cousins to dial.

"I said, 'are you serious?' thinking it was a joke, I was gonna call some prank number," he recalled.

Cousins got on the team bus to the airport, called the number and reached a White House operator. "They just said 'hold for the president.'"

The next thing he knew, the Vikings QB was talking with Mr. Trump, a 30-second call he simply describes as "congratulatory." It did not, Cousins told reporters, include an invitation to Thursday night's rally at Target Center.

"Way out of the blue," Cousins said, describing the surreal moment, "very random but when the president calls, I don't care who it is... left, right, down the middle... when he says 'call me,' I'm gonna give him a call and see what he needs."

Mr. Cousins has a more pressing matter than worrying about a rally. The  Vikings host the 3-2 Philadelphia Eagles at U.S. Bank Stadium this Sunday.