Vote for the 13 On Your Sidelines MVP Week 3

Cast your vote for the VanDyk Mortgage MVP of the Week. 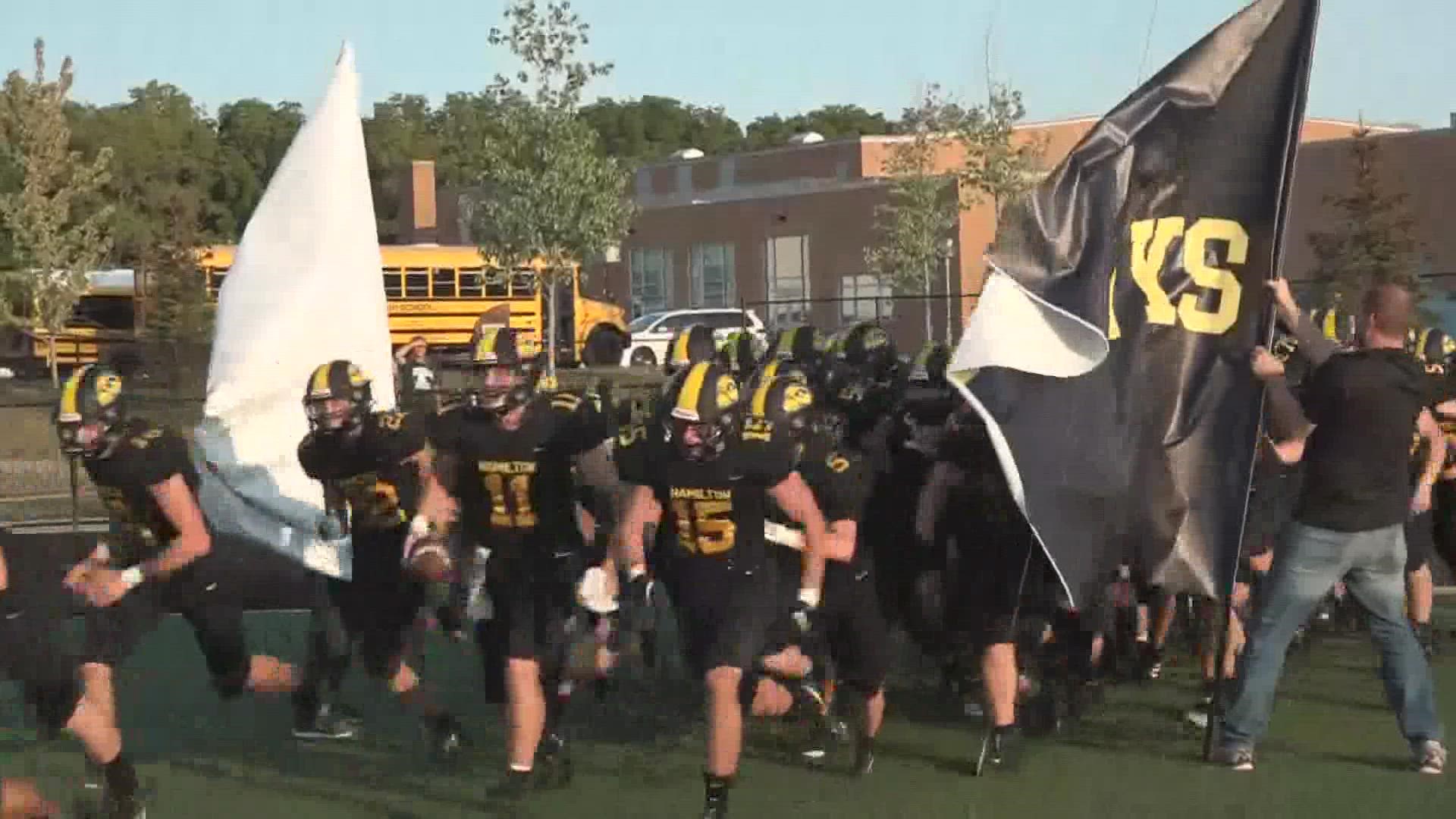 Here's our candidates for the 13 On Your Sidelines VanDyk Mortgage MVP of the Week:

Tim Kloska, West Catholic Running Back: Kloska may have come up short in his efforts to win the award in week one but this past Friday night, he was back and better than ever. In the win over Allendale, the junior set school records with six touchdowns and 345 yards rushing.

Cam Chandler, Unity Christian Quarterback: A runner up for MVP, Chandler is another guy looking to right a perceived wrong. In Friday’s win over Hamilton, he was one of three Crusaders to finish with over 100 yards rushing. However, the senior stood out from that pack because he also three touchdowns on the ground and one in the air.

Dylan Merlo, Coopersville Running Back: Last but not least, it’s a first-time candidate. Like a fine wine, Merlo gets better as time goes by. Leading the way in the victory over Fruitport, the junior two-way star tallied 167 yards rushing and three interceptions.

Who should be this week’s VanDyk Mortgage MVP?