"This is by far the closest opportunity for me to race in a hometown venue," said Marc Miller. 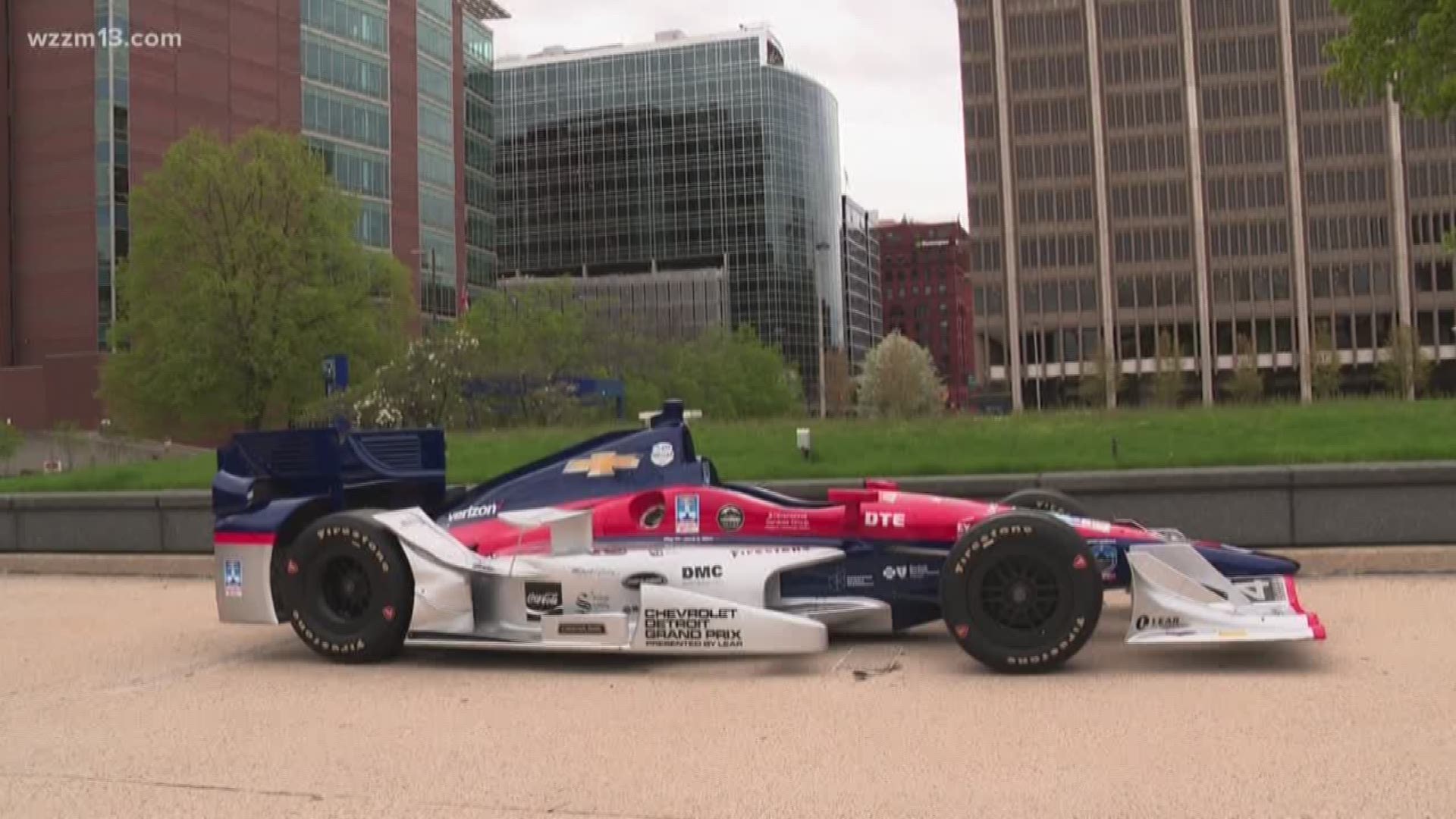 GRAND RAPIDS, Mich. — In just a few weeks, Belle Isle will be buzzing as the green flag will once again fall on the 30th edition of the Detroit Grand Prix.

The 3-day weekend of racing will begin Friday, May 31 and will wrap up on Sunday, June 2.

"It's a temporary race circuit which is a good thing because we get to tweak it and improve it every year," said Michael Montri, president of the Detroit Grand Prix, during a media tour Tuesday through Grand Rapids. "We will have three racing series across five races during the weekend."

The event will feature the cars of the NTT IndyCar Series, the IMSA WeaherTech SportsCar Championship and the Trans Am Series.

For the eighth consecutive year, the Detroit Grand Prix will unfold on the weekend following the the Indianapolis 500.

"The Indianapolis 500 is the Super Bowl for IndyCar Racing," said Montri. "You spend the entire month of May preparing for that race and then we come the following weekend, which we see as being great for us."

For the seventh straight year, there will be a double-header at Detroit Grand Prix which will include two full points-paying races. Montri hopes that caveat will draw many of the big-name drivers who raced Indy the weekend before to come to Detroit.

"The Detroit Grand Prix is the only double-header weekend on the IndyCar circuit," said Montri. "Not only do they have to spend the entire month of May in Indianapolis, a week later, they come to Detroit and have to run on Saturday for a full points race, then again on Sunday. So it's really tough on the teams and the drivers.

"The Detroit Grand Prix and the Indianapolis 500 are worth the same amount of points combined, so that two weeks span in the IndyCar Series is very important to their championship hopes."

This year's Detroit Grand Prix will have a West Michigan flavor. Grand Rapids-born and current Holland resident Marc Miller will run in dual races in the Trans Am Series.

"This is by far the closest opportunity for me to race in a hometown venue," said Miller, who is the current points leader in the TA2 Class of the Trans Am Series. "This race is special to me because it's in my home state and as a Michigan-based racer, for my family and friends to be able to come see me race live at a venue, and not on TV, is pretty special."

Miller is a veteran sports car racer who has won some of the biggest races in the United States including the Rolex 24 Hours of Daytona, 12 Hours of Sebring, 6 Hours of Watkins Glen, Petit Le Mans and more.

In his last race at the Detroit Grand Prix, he finished second in the TA Trans Am class in 2016.

"As the current leader in the championships points, it's important with a double-header weekend to have a very clean race weekend," added Miller. "There's a lot of strategy involved and you have to be smart when you pack 30 muscle cars, wheel-to-wheel, on the streets of [Belle Isle]."

Tickets are available to purchase now for the Detroit Grand Prix. Fans are allowed in free on the Friday of the event.