Where do the Spartans and Wolverines rank in the new AP?

Michigan State lost Saturday to Purdue, while Michigan beat Indiana. They're now both 8-1.

GRAND RAPIDS, Mich. — While it's ultimately not the poll that decides if the Spartans will play for a national championship, the newest AP rankings could be an indication they won't fall all that much when the new College Football Playoff rankings are announced Tuesday.

Following the loss to Purdue Saturday, Michigan State dropped only three spots and is now number 8 in the country.

As head coach Mel Tucker acknowledged after the game, he believes their postseason goals are still reachable, but they're going to need some help from other teams as well as play perfect football the rest of the season

"What's next. That is what is most important," said Tucker.

Maryland, in fact, is next. That game kicks off at 4 p.m. at Spartan Stadium Saturday.

Meanwhile, Michigan remained in the number 9 spot for the second week in a row. The Wolverines are just behind Michigan State.

Like MSU, U of M is 8-1. The Wolverines are at Penn State Saturday. 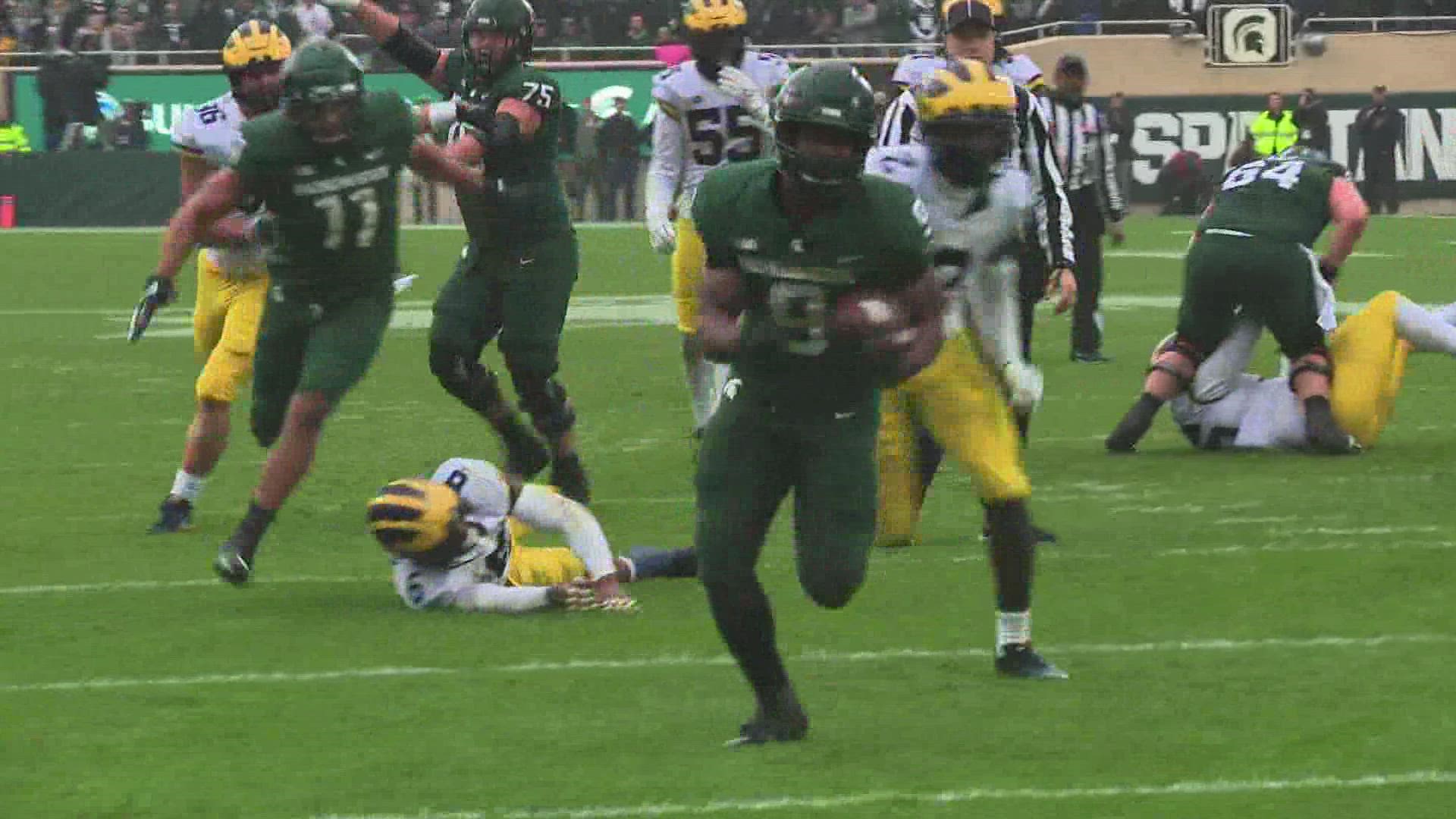 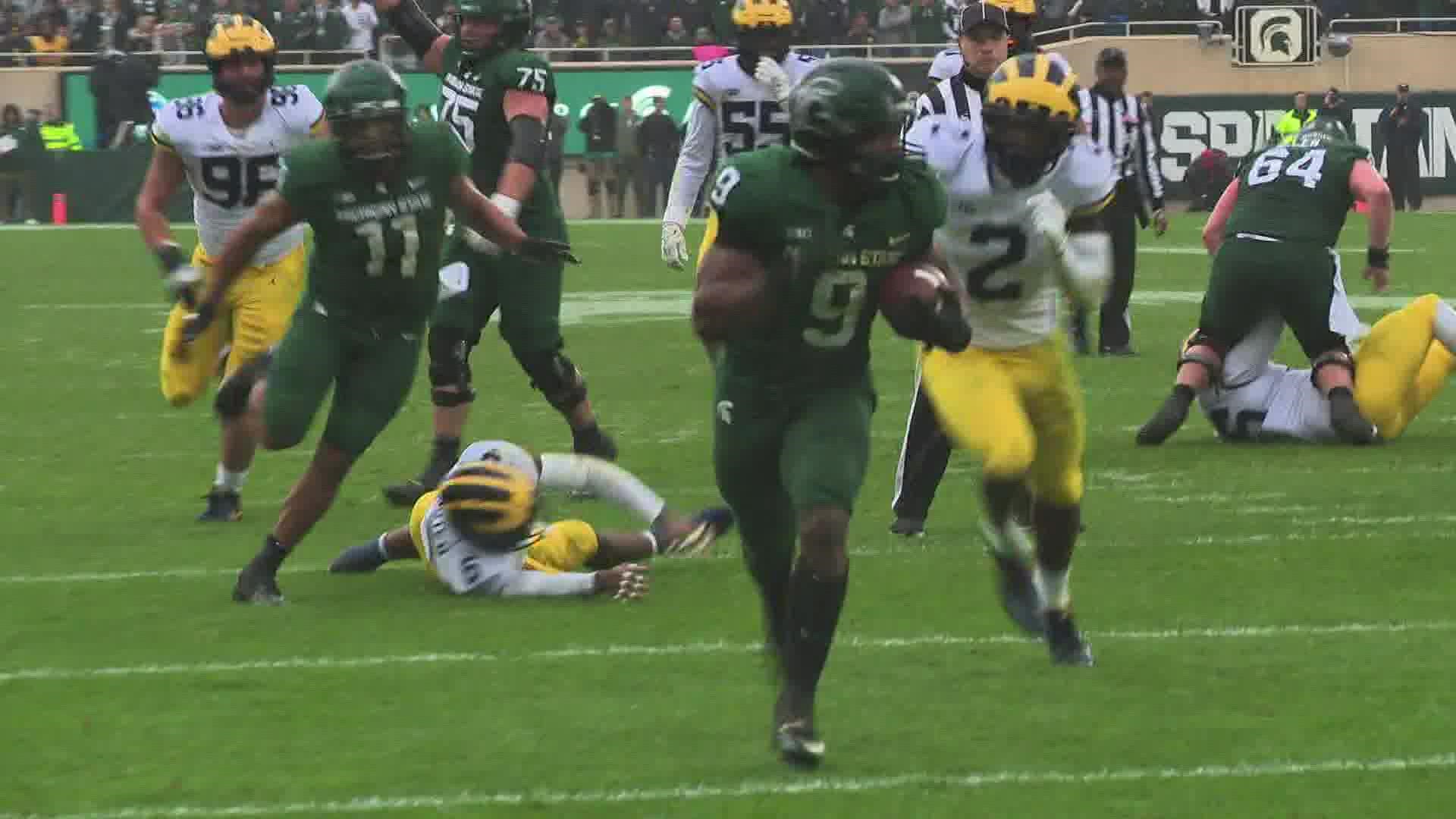