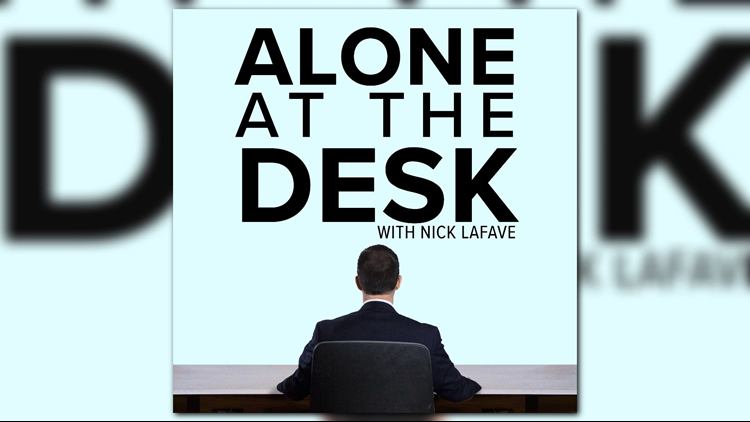 A podcast by 13 On Your Side anchor Nick LaFave. He talks about life, the news industry, and life in the industry.

Alone At The Desk: 14 - As White As Possible

GRAND RAPIDS, Mich — I am a white, Christian man.  It is not unfair for me to say that no one in America has been discriminated against less than me.

These—by the way—are mild, non-violent examples of things that happen regularly in America.  I know because I read and report on these stories every single day.  And I've heard them said right in front of me.

It irritates me because I know how wrong it is... and that the people saying this usually look and worship a lot like I do.  When they say it, I usually bring up some example that a particular person may try to explain away as an isolated example.

But, it's hard to say racism is dead, when just recently there was a woman here in Michigan running for elected office who said she wanted to keep her community - and I'm quoting here - "as white as possible."