As of May 2018, the emeral ash borer is found in 33 states, according to the Emerald Ash Borer Information Network. 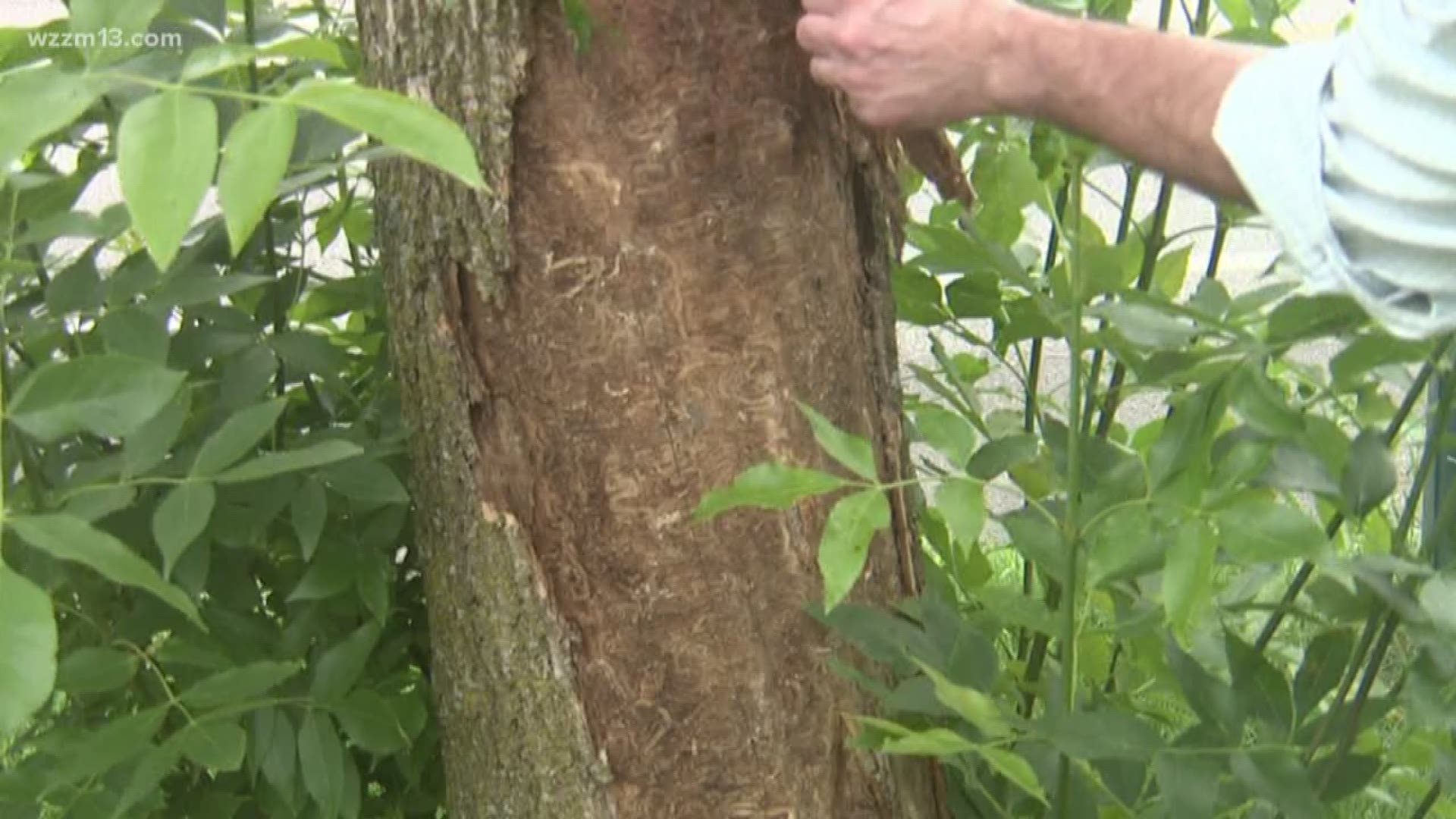 GRAND RAPIDS, Mich. - The city of Grand Rapids is fighting back against an invasive insect that's decimating its ash trees.

The emerald ash borer, descendant of northeastern Asia, has killed more than 30 million Michigan ash trees since it was discovered in 2002. The insect made its way to Grand Rapids in 2007 and has since killed around 80 percent of city-maintained ash trees.

It's rare to find an ash tree in Grand Rapids without the ash borer, said Joe Sulak, superintendent of the city's parks.

"A lot of those trees have been removed and replaced," Sulak said. "But we've been treating about 1,500 ash trees still for, like, the last eight years."

The female ash borers lay eggs in the bark of ash trees. The larvae then burrow deeper, creating curved tunnels that girdle and kill the tree from the top-down.

"In most cases, if you're seeing D-shaped exit hols at eye level, the tree's pretty much gone," Sulak said.

In Riverside Park on Grand Rapids' Northeast side, the city has removed more than 300 trees killed by ash borers. Arborists have treated 145 with Tree-age, an emamectin benzonate insecticide that is injected into the base of the tree every two years.

The cost of a Tree-age injection can be as low as $175 or exceed $400 based on the size of the tree, said Doug Herrema, an arborist and sales executive at CHOP Tree Service.

"You've got to calculate: is this plant of enough value that, every two years, I go through this process?" Herrema said. "Or do you consider removing it and replacing it?"

Grand Rapids has spent upwards of $2 million on the removal and treatment of ash trees since 2007, Sulak said.

"It's about the benefit of saving them," he said. "They provide shade. They sequester carbon. They also reduce noise pollution, and they're aesthetically beautiful. And so those benefits can outweigh the cost that it might be to remove it."

Of the treated trees in Riverside Park, where the city has planted more than 300 replacement trees, around 90 percent survived.