According to the DNR, Michigan is one of the top five states nationally in both number of deer hunters and overall deer taken each year. 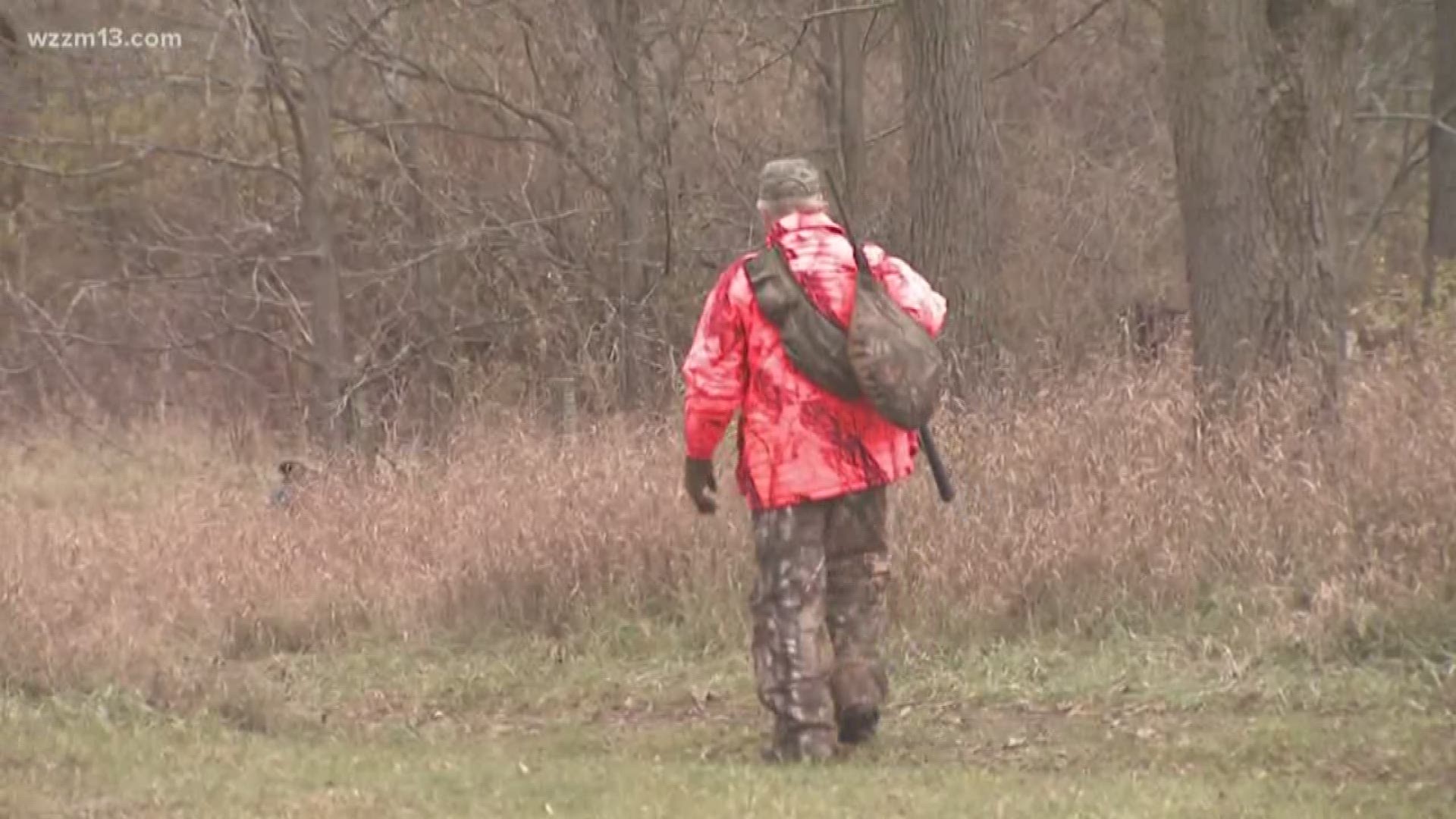 MUSKEGON COUNTY, Mich. - Around 11 a.m. the deer check station at the Muskegon State Game Area got busy with hunters who had successful opening day hunts. Among them Wayne LaNore from Muskegon.

"It's great and puts food on the table," he said.

According to the DNR, Michigan is one of the top five states nationally in both number of deer hunters and overall deer taken each year. In 2017 more than 376,000 deer were harvested.

Those dollars pay for wildlife conservation and management work throughout the state.

Hunters say hunting deer each November is a big part of who they are, and opening day is always special.

Ed Pouch got an eight-point buck. "He's nice, not my biggest, but he is close and I'm cheesing," he said.

"I have gotten bucks on opening day several times," said Dave Dikeman, a hunter from Grand Haven who didn't get a deer Thursday. "I'll be back out here again this weekend that is for sure," he said.

The firearm deer season in Michigan ends on November 30.