Scientists surveying Portage Creek in Vicksburg discovered hundreds of Snuffbox Mussels, which are on the North American endangered species list. 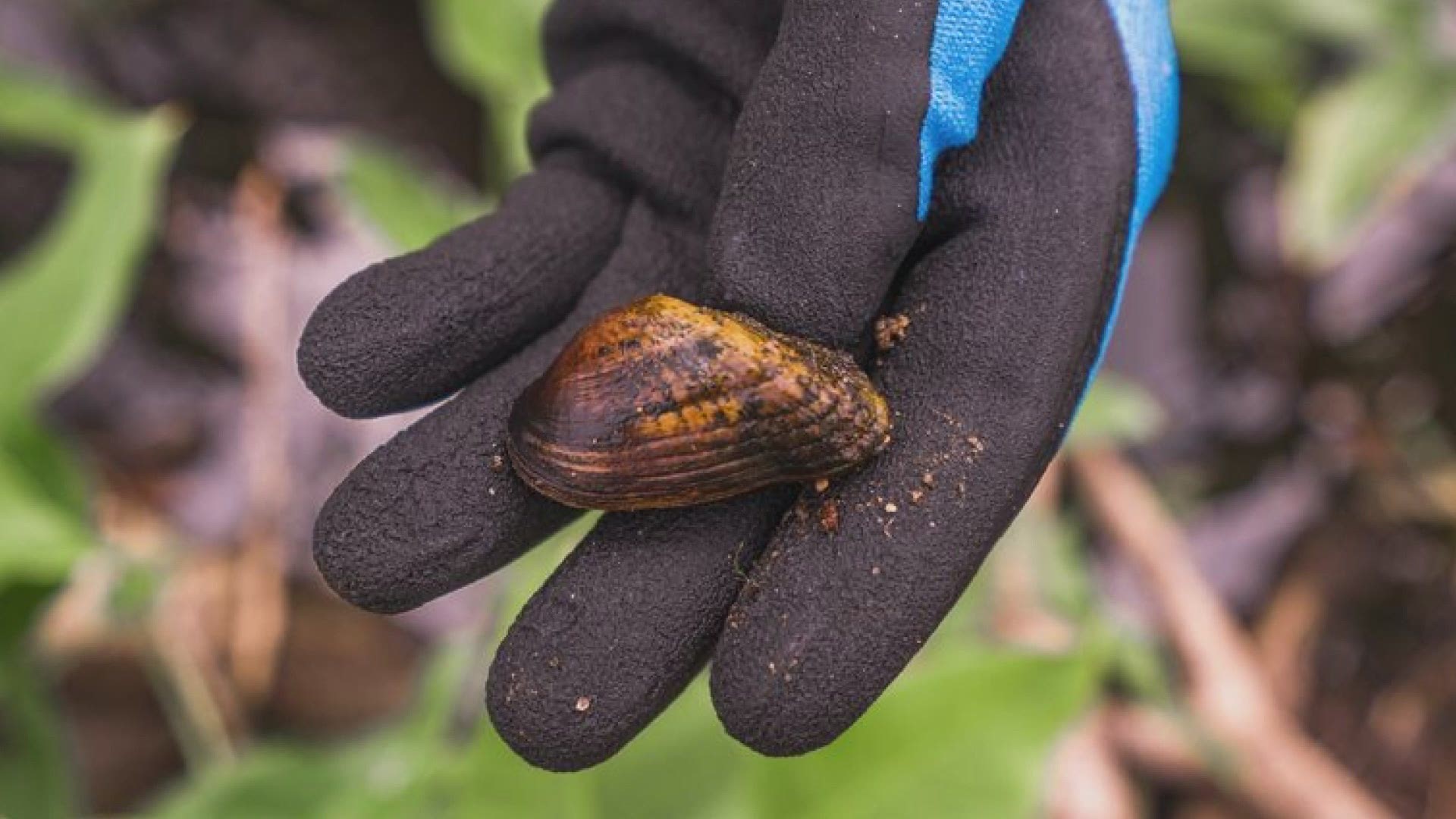 VICKSBURG, Mich. — An abandoned paper mill in Kalamazoo County continues to get new life, as the $80 million "The Mill at Vicksburg" project takes shape.

But scientists inspecting a nearby creek a few months ago never expected to discover a form of "old life," that revealed itself to be on the North American endangered species list.

Ground broke in June 2019 on the The Mill at Vicksburg project. The endeavor involves transforming a century-old paper mill (which shut down nearly 20 years ago), into a multi-purpose entertainment venue.

"We'll have several craft breweries, a distillery, hotel rooms, event space and areas for music and concerts both inside and outside," said Jackie Koney, who is the COO of Paper City Development -- the group behind the project. "Not far from the structure is Portage Creek, which is integral to our plans."

Jackie says two months ago, several scientists and researchers came to the worksite so they could inspect the creek.

"There's some contaminants in the creek, debris and paper pulp underneath the creek bed," Jackie said. "We would like to make the creek healthy again and restore its habitat."

Scientists waded into the creek and used baskets to collect sediment. They didn't expect to find an endangered species along the way.

"On their very last scoop, they picked up something, looked at it and said, 'Oh no. I think we've got something here,'" added Jackie. "One of [the scientists] recognized the item as a Snuffbox Mussel."

According to the U.S. Fish and Wildlife Services, the snuffbox is a small, triangular freshwater mussel that is found in Alabama, Arkansas, Illinois, Indiana, Kentucky, Michigan, Minnesota, Missouri, Ohio, Pennsylvania, Tennessee, Virginia, West Virginia and Wisconsin. It lives in small to medium-sized creeks in areas with a swift current.

"The Snuffbox Mussel is a federally endangered species," Jackie said. "It's very rare."

The mussels were sent away to a lab where their identification was confirmed.

Jackie added that the research group was nervous about telling her what they had found because it likely could have repercussions for the design of the project and could increase some expenses.

"Turns out, there are hundreds of Snuffbox Mussels in the stretch of Portage Creek running past the paper mill," said Jackie.

"We want to make sure these mussels are safe and remain in their habitat while we fix up the creek," said Jackie. "We're in the process of figuring that out now."

The discovery of these rare forms of wildlife has triggered the owners of The Mill at Vicksburg to try and conjure up ideas as to how they can play off their name as they put together their marketing campaign.

"The first thing the owner of the property said [when he heard of the discovery of the Snuffbox Mussels] was we have to use that somehow," said Jackie. "We started thinking of beer names, festival names and maybe a room.

"We definitely want to celebrate this because it's an interesting, cool thing about Vicksburg and this particular site."

Jackie says construction at The Mill at Vicksburg is on pace to wrap up in 2025.