The hemlock woolly adelgid are threatening thousands of the city's trees. 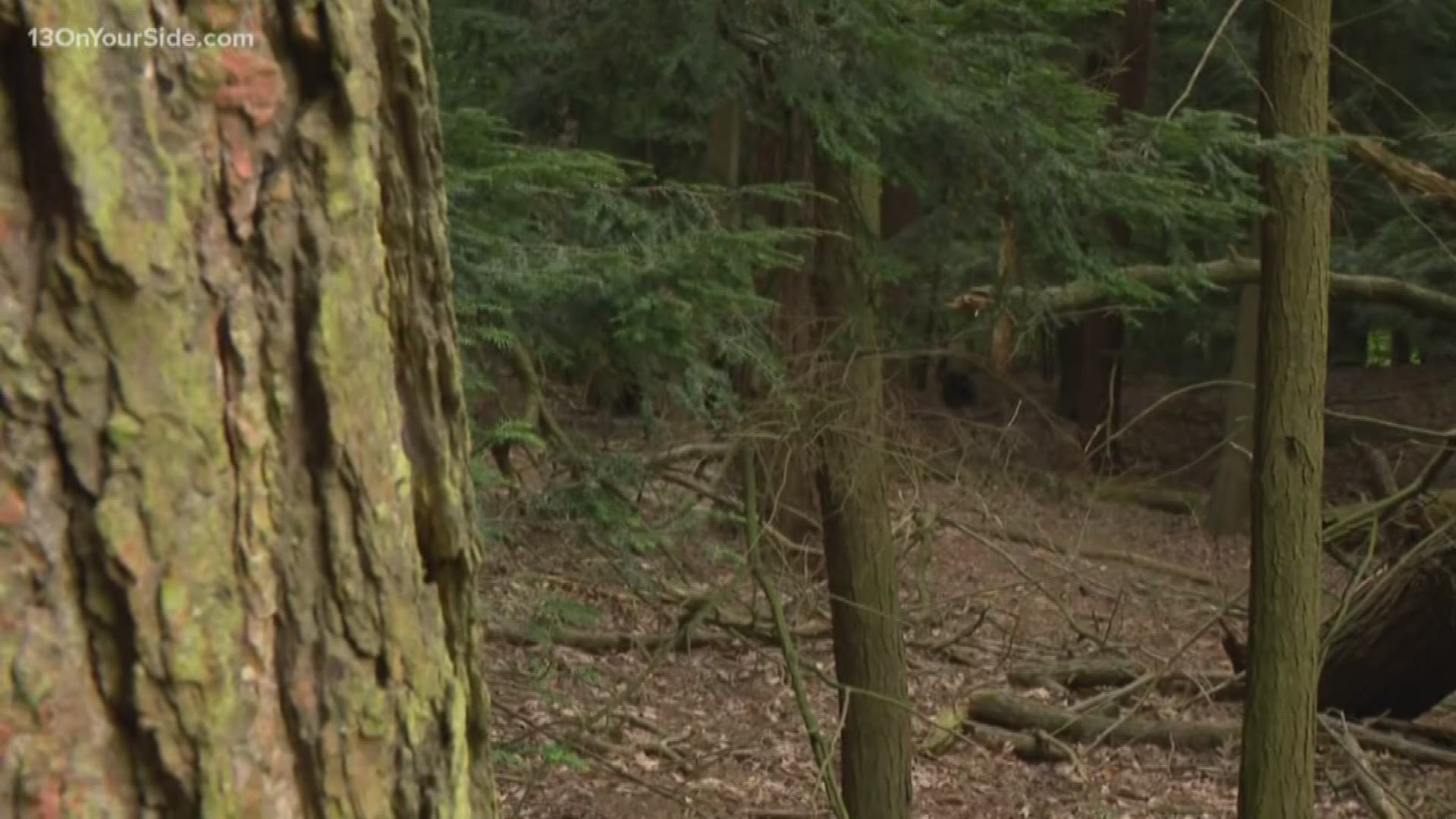 "It's that important," City Manger Pat McGinnis said. "When the environmentalists came in and said, 'You're really at risk of losing all these trees,' we snapped to attention."

City leaders discussed the dangers of the hemlock woolly adelgid, a slow-acting species that feeds on the sap from hemlock branches, at a meeting last April. The insects were found at Mulligan's Hollow, Duncan Woods and a nearby cemetery.

"We're currently mapping it out, so we can get an idea of the spatial extent of the infection and what we have to work with," said Dr. Ali Locher, an associate professor in Grand Valley State's biology department.

Locher, along with staff at the Ottawa Conservation District, is working to eradicate the HWA. The East Asian insect has also been located in Allegan, Muskegon and Oceana counties.

The infection is denoted by white masses at the base of the needles on a branch. Pesticides are injected into the base of each hemlock, which slowly work their way up the trunk.

Every tree is treated because the height of some makes it too difficult to spot an infection, Rose said.

"You have to hit it a little at a time because, when you think about it in the grand scheme of things, it's just too overwhelming," he said.

The City Council appropriated up to $20,000 for the project. The effort also will also receive up to $18,000 from the Duncan Park Board and $13,000 from the Grand Haven Area Community Foundation.

"Together, between the three of us, we feel like we have enough resources to eradicate [HWA] and protect our hemlocks in these public lands," McGinnis said.