This is the most successful release by the Tribe since its rehabilitation efforts began in 2009. 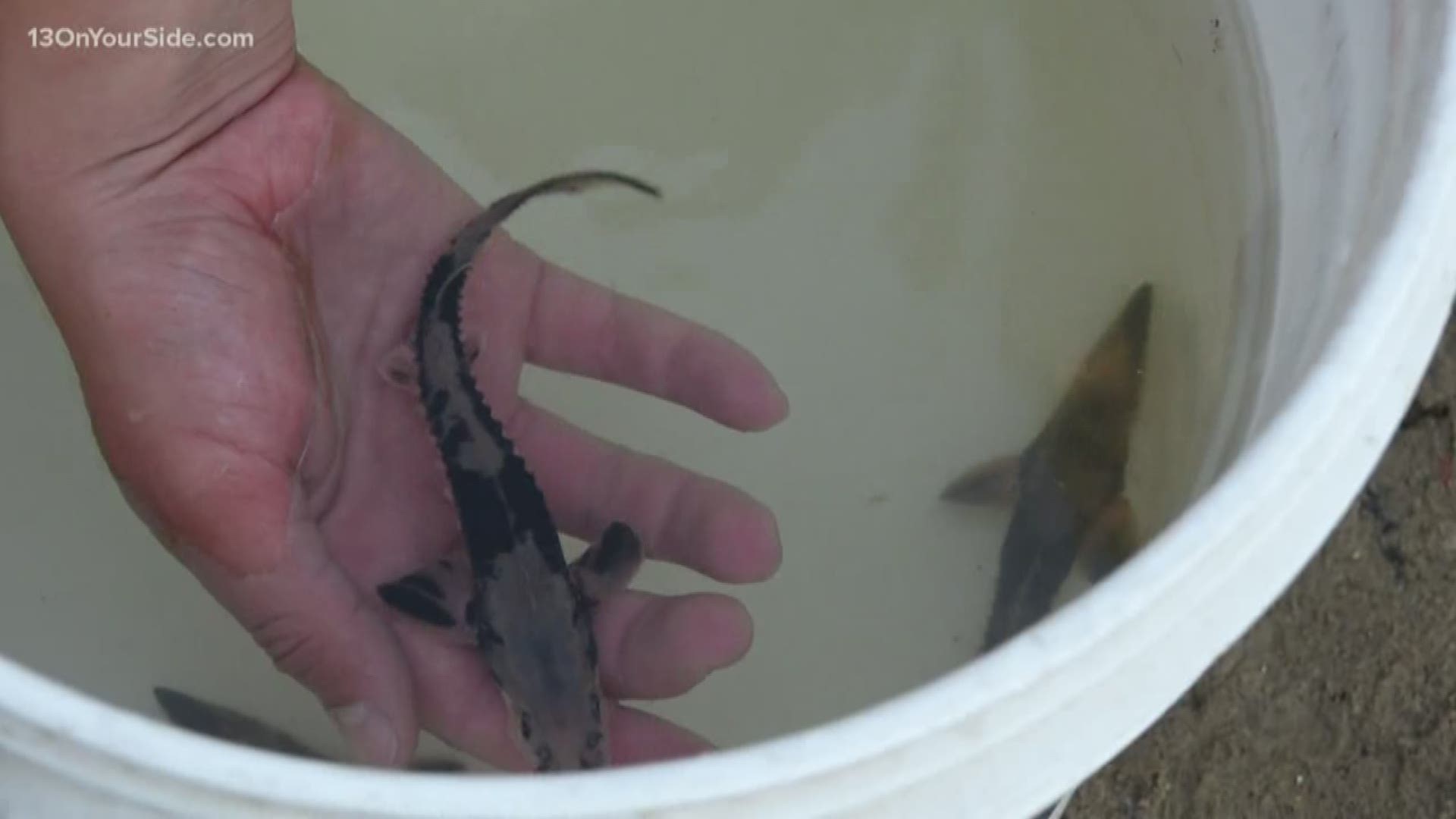 HAMILTON, Mich. — An effort to rehabilitate Michigan's oldest and largest fish species was in the hands of dozens of children Wednesday night.

Gun Lake Tribe members and non-members alike delicately placed roughly 240 palm-sized young lake sturgeon (Nmé in Pottawatomi) into the Kalamazoo River from the New Richmond Bridge County Park boat ramp on Aug. 28. The Tribe hosts an annual release of the threatened species as an ongoing rehabilitation effort that started in 2009. This was the most successful release the Tribe has ever had. Last year, only 35 sturgeon were released.

Lake sturgeon used to exist in abundance along the Great Lakes, but dams, pollution and over fishing in the late 1800s to early 1900s led to a depletion of the species. The fish, which date back millions of years, have been on Michigan's threatened species list since the 1990s.

“The sturgeon is the chief of the fish clan and the Tribe is looking at these rehabilitation efforts as also growth for the Tribal community," said Liz Binoniemi-Smith, the Gun Lake Tribe's environmental director. "I’m just really happy that it’s such a success and every year we learn and grow and it’s been a great experience to be involved in,” Binoniemi-Smith said.

During April and May, the eggs are collected from mats placed in the Kalamazoo River, so they can successfully hatch inside a stream-side facility. Lake sturgeon live anywhere from 50 to 100 years depending on the gender, and they do not begin reproducing until they are about 15 to 20 years old. By that point in their young life, most sturgeon will have made their way to Lake Michigan. But, the young sturgeon collected by the Tribe are raised in tanks filled with water from the Kalamazoo river to help them imprint, which will hopefully lead them to eventually return to the river to reproduce.

"Each fish has a tag inside them with a 15-digit number, and they are all unique," said Jason Lorenz, a biologist with the Gun Lake Tribe. "Those tags last their entire life. So, we will know that they are our fish, and when we released them and how big they were and how big they are now."

Sturgeon can weigh hundreds of pounds and can measure 7 feet long.

The free event attracted hundreds of people, and included a hatchery tour, free barbecue and the opportunity to release a fish into the river by hand. The Tribe also held a ceremony before seven Tribal children released the first of the fish. 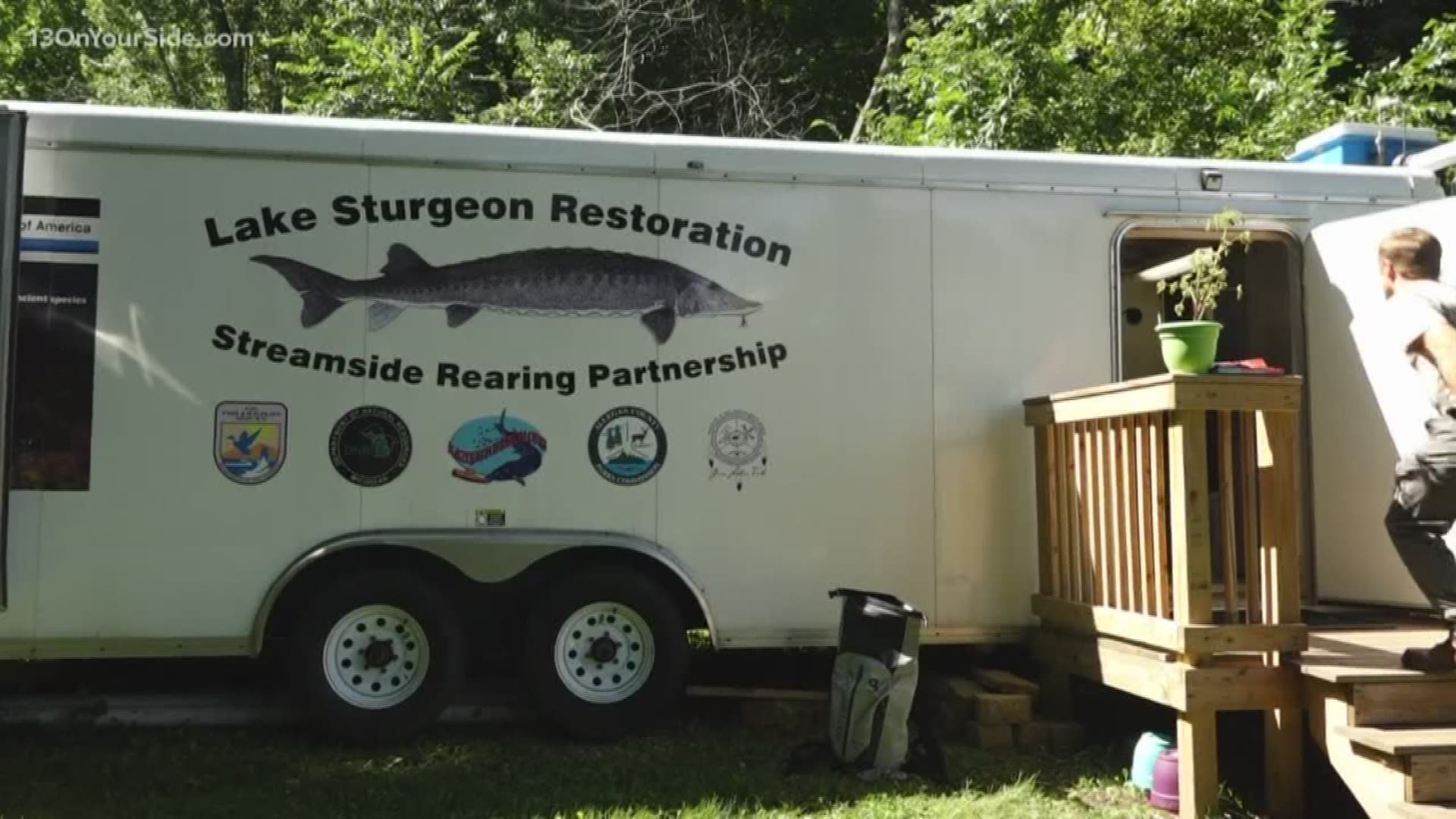 Farmers' Almanac predicts a 'polar coaster' for this winter