Tips to watch the Perseid meteor shower this weekend

Staying up late this weekend might be worth it to catch the Perseid meteor shower, the essential ingredients are all there to make it a good show! 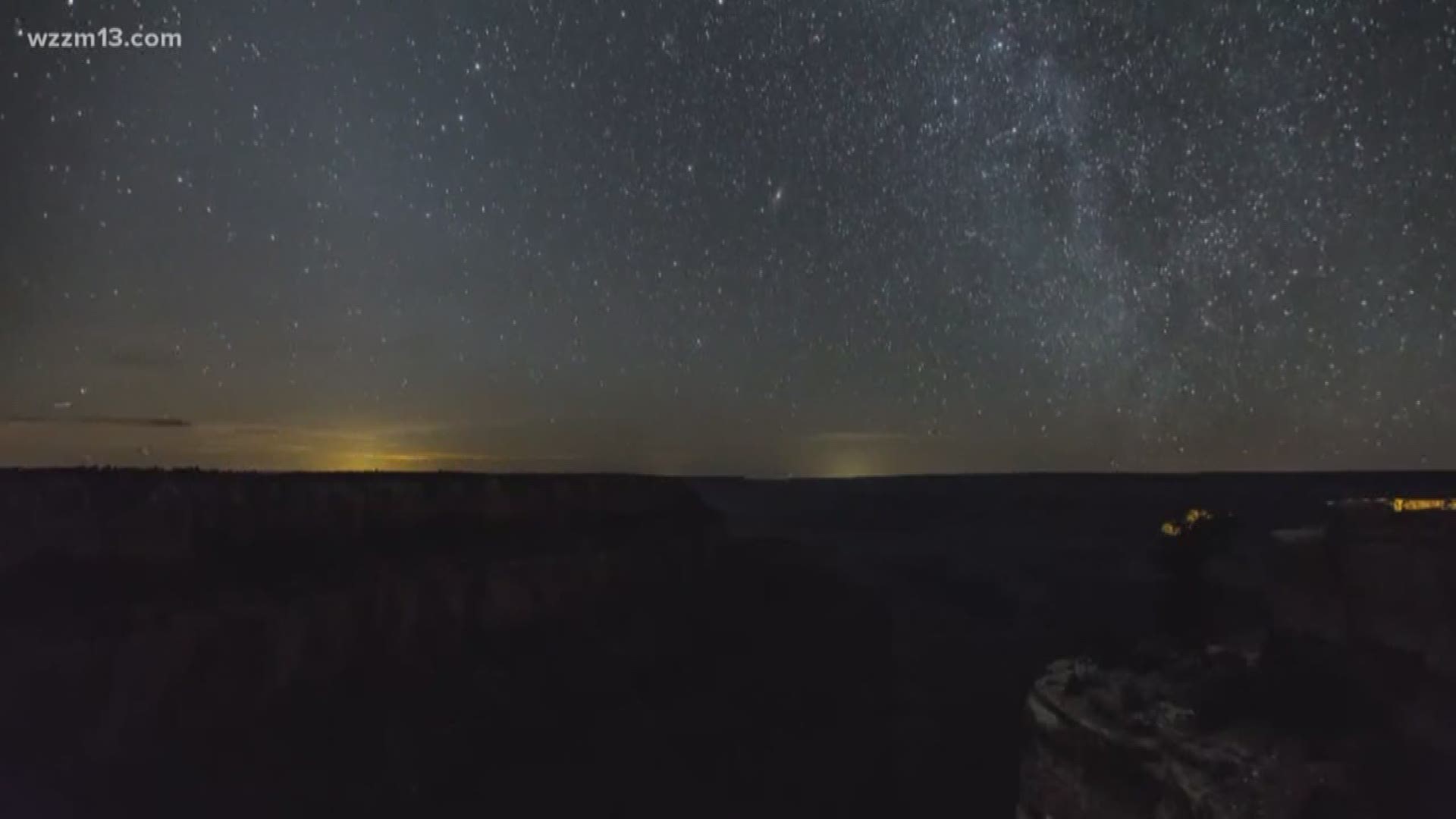 GRAND RAPIDS, Mich. - If you stay up late this weekend, you could see a show in the skies.

The annual Perseid meteor shower will be most visible on August 11, 12 and 13.

"There’s a lot of things that are helping to make this a really good shower,” said Shannon Schmoll, the director of the Abrams Planetarium at Michigan State University.

The recipe for a mouthwatering meteor shower:

1. A dash of of darkness

“The new moon is actually this weekend as well, it’s tomorrow night," Schmoll said. "And so that means we will not have a moon at all during the nighttime, which cuts down on a lot of light pollution.”

“The weather is going to be pretty good," Schmoll said. "Sunday night into Monday morning also looks like the best weather, right now.”

3. A tablespoon of timing

“The peak viewing for this is going to be Sunday night into Monday morning, so anytime this weekend is pretty good to go outside and see," Schmoll said. "After midnight is probably going to be some of the best times to go out, that's because as the Earth is rotating after midnight our location will be rotating into the debris field.”

4. A pinch of patience

“You might have to wait a little while, but if you’re patient you should be able to see something," Schmoll said. "Most people should be able so see a handful an hour.”

5. A pint of the perfect place

“If you can get away from the city lights and look up, anywhere that you look in the sky you’d be able to see some meteors," Schmoll said. "From our perspective, where this debris field is that we’re hitting is coming from the constellation Perseus, which after midnight or so should be up in the northeast. ”

“We’ve got this debris field in our orbit that’s left over from the comet, for this particular one, the Comet Swift–Tuttle," Schmoll said. "So this one has about a 133 year orbit around the solar system, around the sun. And so it has passed through several times in its lifetime, leaving this debris field that keeps going around.”

If you’re looking for a place to watch, you’re in luck. The Department of Natural Resources is holding "Meteors and S'mores" events around the state, including Muskegon, Holland and Van Buren State Parks.